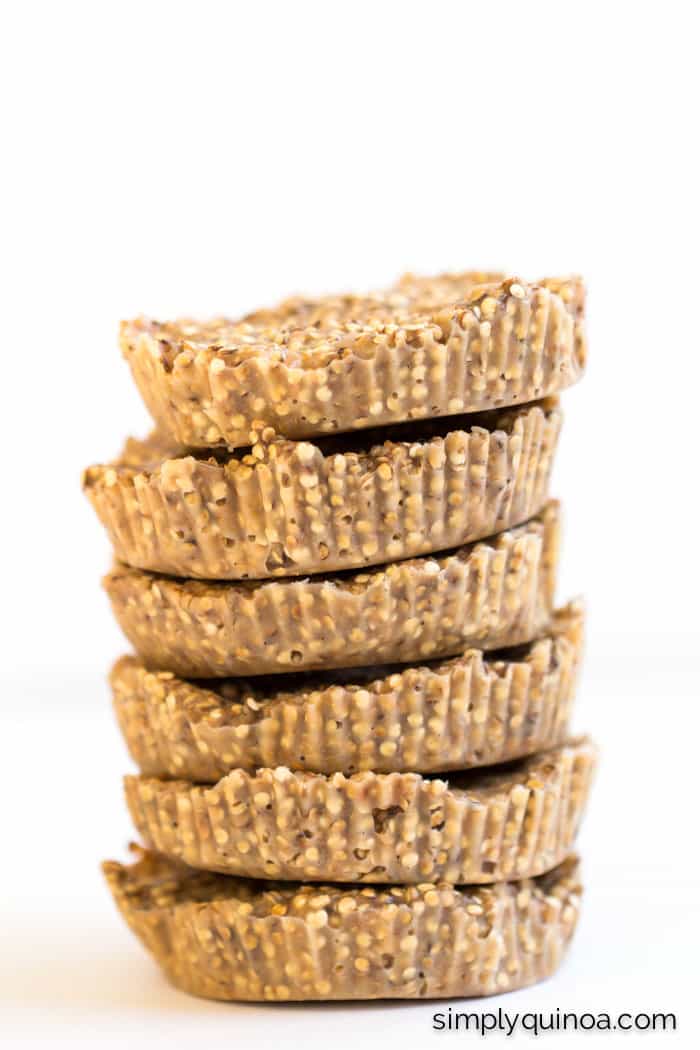 I've always had a love affair with coconut.

I mean it comes in practically every form imaginable at this point, and I've used it in almost every form on this blog. Coconut oil is the primary oil I cook with. Coconut sugar is the sugar I use in my baking. Coconut milk is used in everything from soups to desserts. And the list goes on.

But I have to say, I think my most favorite way to enjoy coconut is when it's toasted. 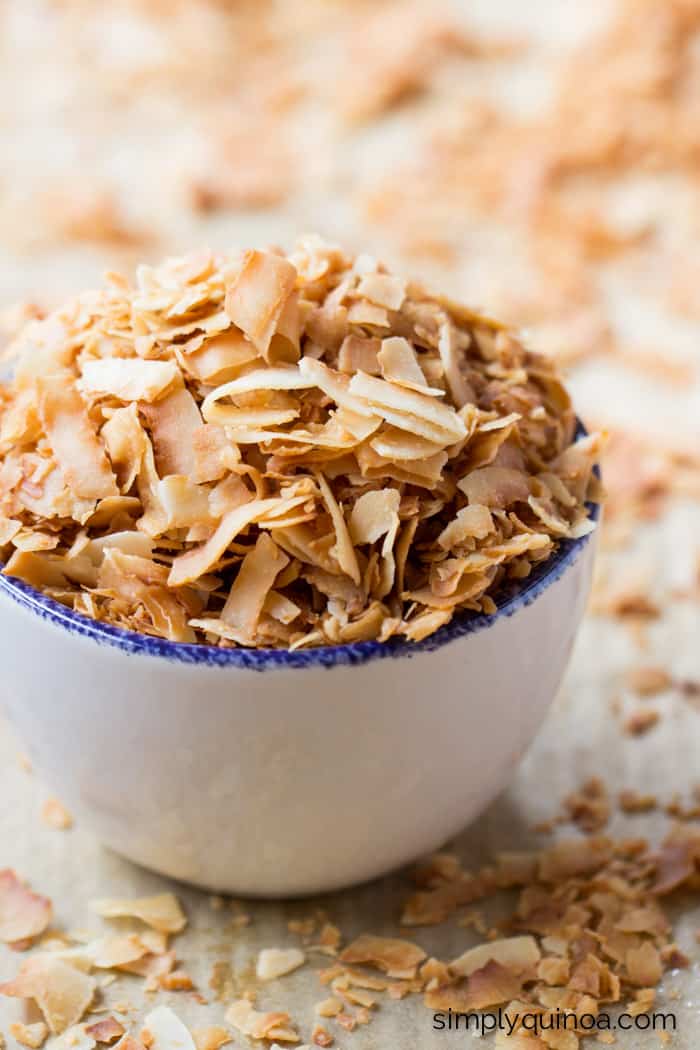 There's something magical about the flavor that comes from toasting coconut. I find that it brings out the sweetness of the flakes, while also adding a subtle nuttiness and smokiness to the flavor. It's one of those things that is mild enough that it doesn't overpower things, but it still stands out and brings a richer flavor to anything it's paired with.

Take my toasted coconut breakfast cookies. Not only did the coconut flakes add a bit of crunch to the cookies, but the the fact that the coconut was toasted really made the cookies different. The nut butter was more pronounced and I feel like they taste sweeter without the need for a ton of added sugar. 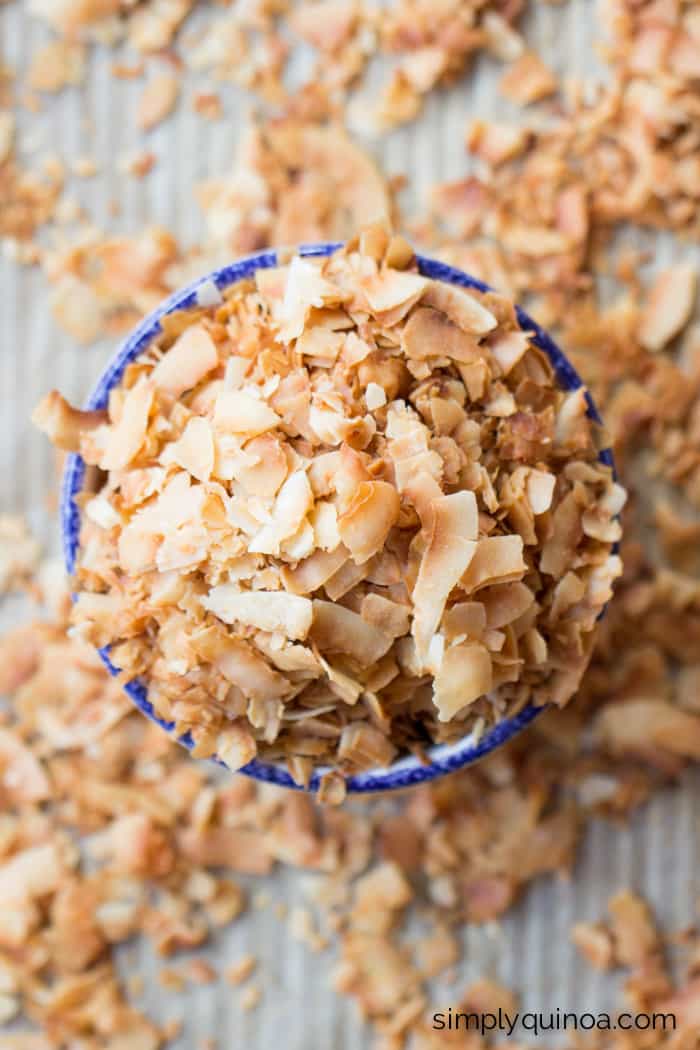 Today, we're taking simple toasted coconut flakes and transforming them into butter. That's right! The jar of super expensive coconut butter that you see at the grocery store? You can totally make it at home. 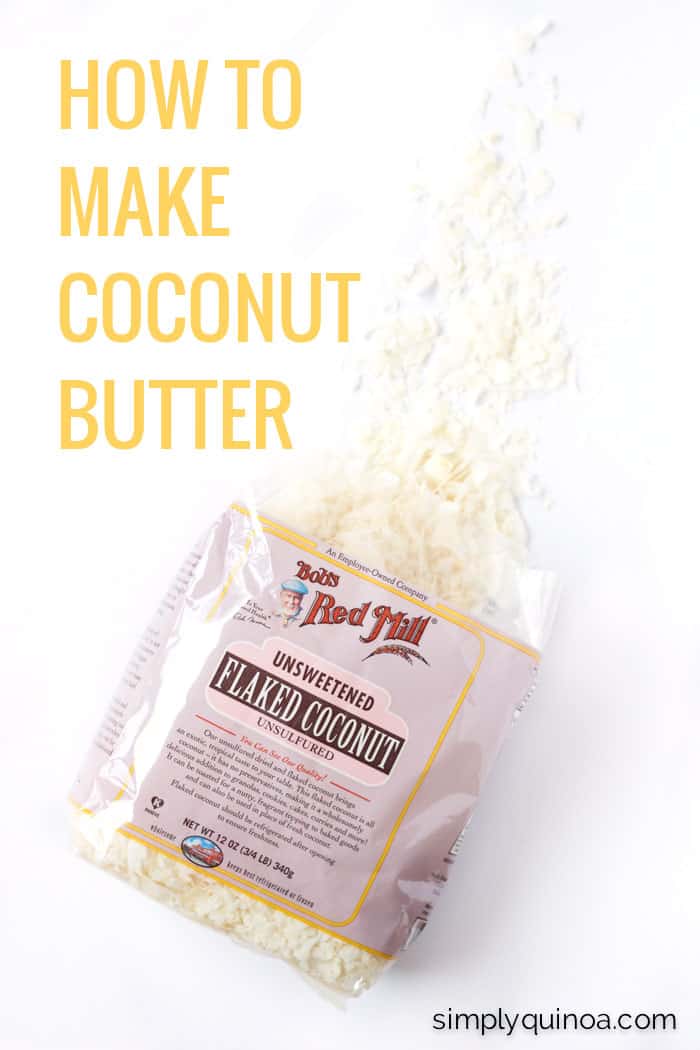 I've raved about their other products before, and their coconut flakes are every bit as amazing as I expected. Not only do their coconut flakes come in a conveniently portioned bag (about 4 cups total), but the also aren't super large which makes them perfect for making into butter. I can go through a bag of these flakes in no time. 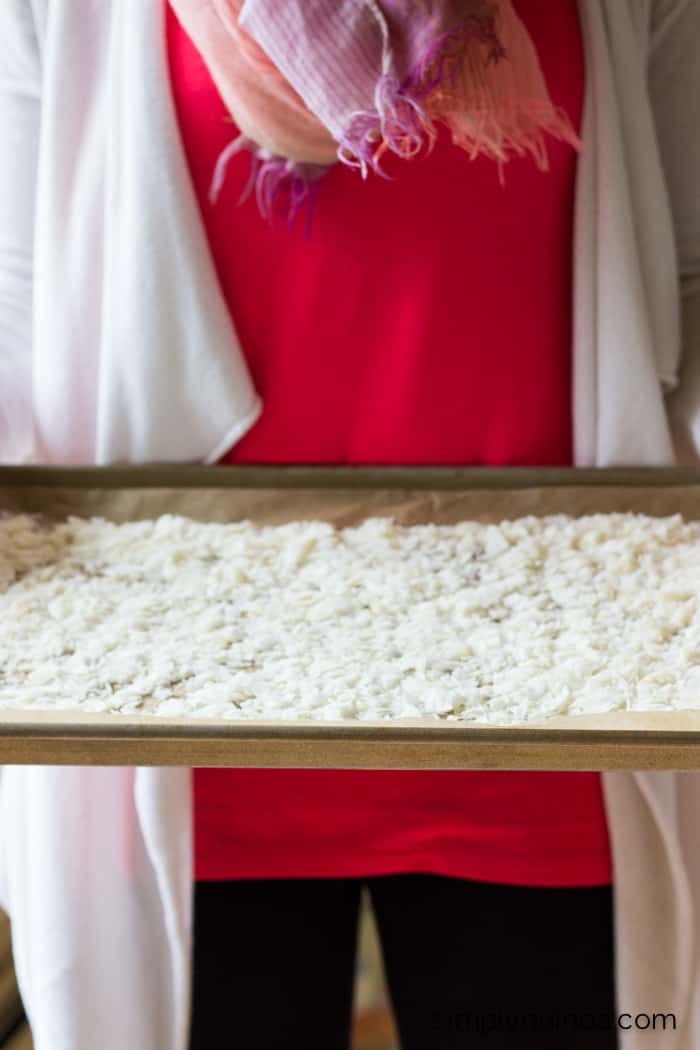 When you're starting with the butter, we begin by toasting the coconut flakes. I used a 325º oven, spread them out on a baking sheet and toasted them for about 10 minutes (5 on each side).

Once they're perfectly golden brown, you've got to let them cool before adding them to your food processor. When they're cooled, it's time to get blending (or grinding I guess).

Here are the four stages that the coconut flakes will go through as their transforming into toasted coconut butter. 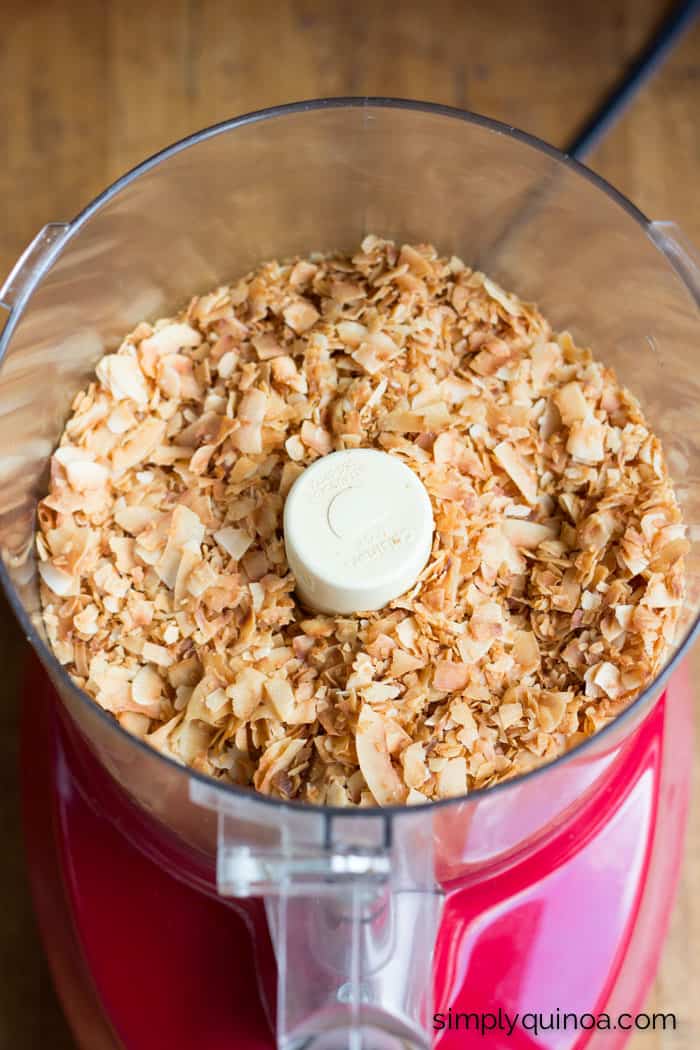 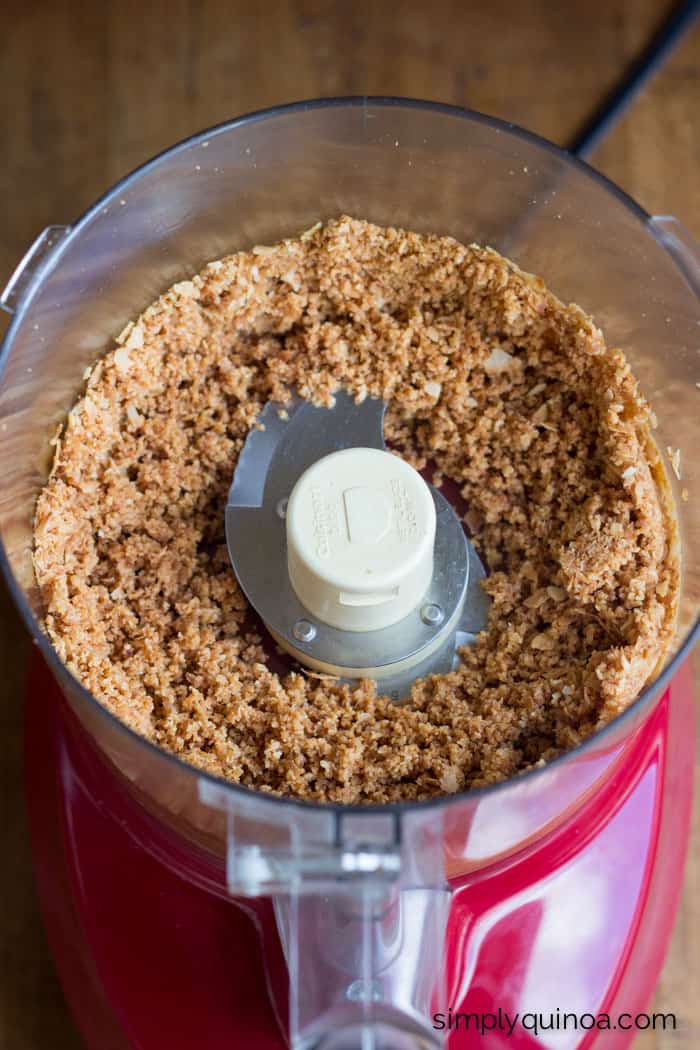 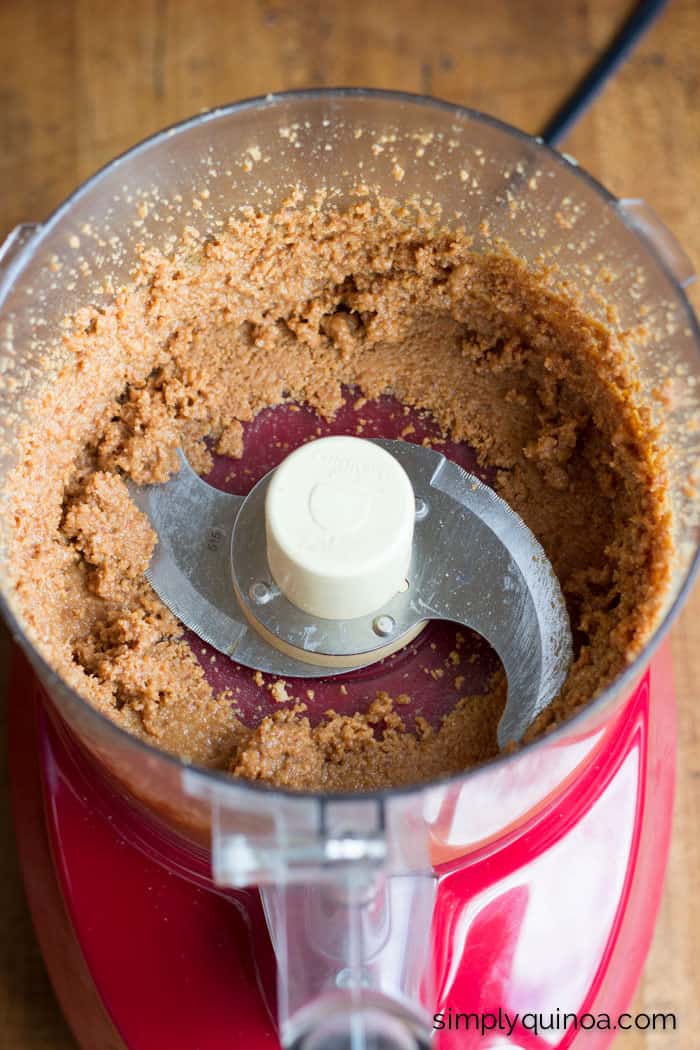 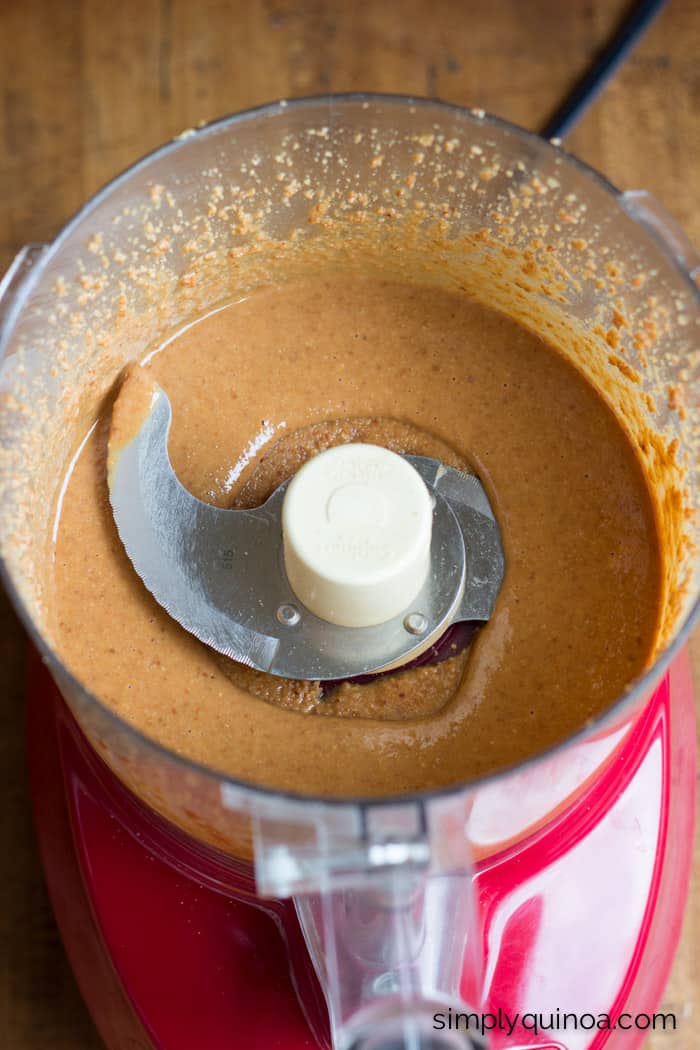 I do want to note that as you're blending, you will probably need to scrape down the sides a few times. You also don't want to stop too early. Keep on processing until the butter turns smooth. It could take up to 15 minutes! 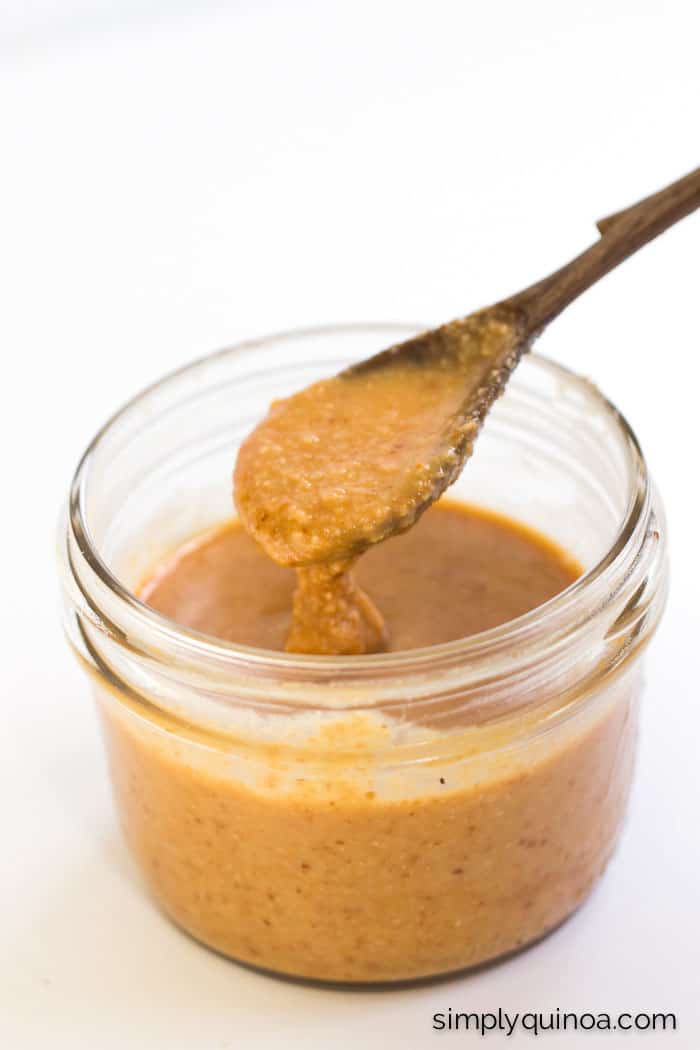 You can simply enjoy it as is….OR you can turn it into these delicious crunchy quinoa bites. 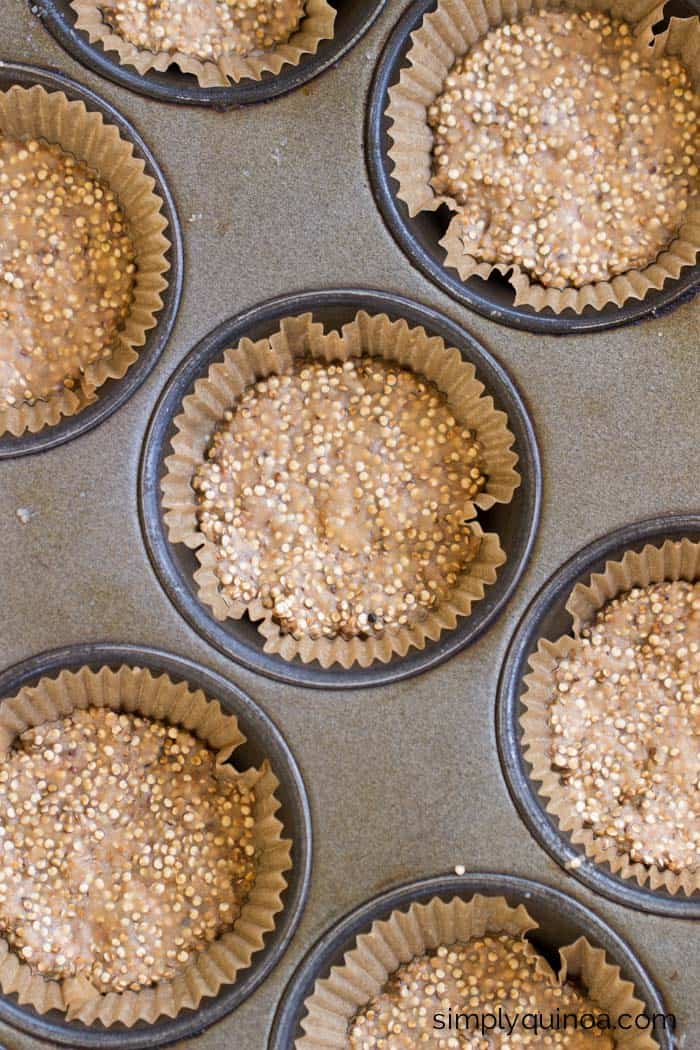 These are a cross between a snack and a dessert. Slightly sweet, filled with healthy fat to fill you up, loads of roasty-toasty flavor and with a satisfying crunch to top it off. 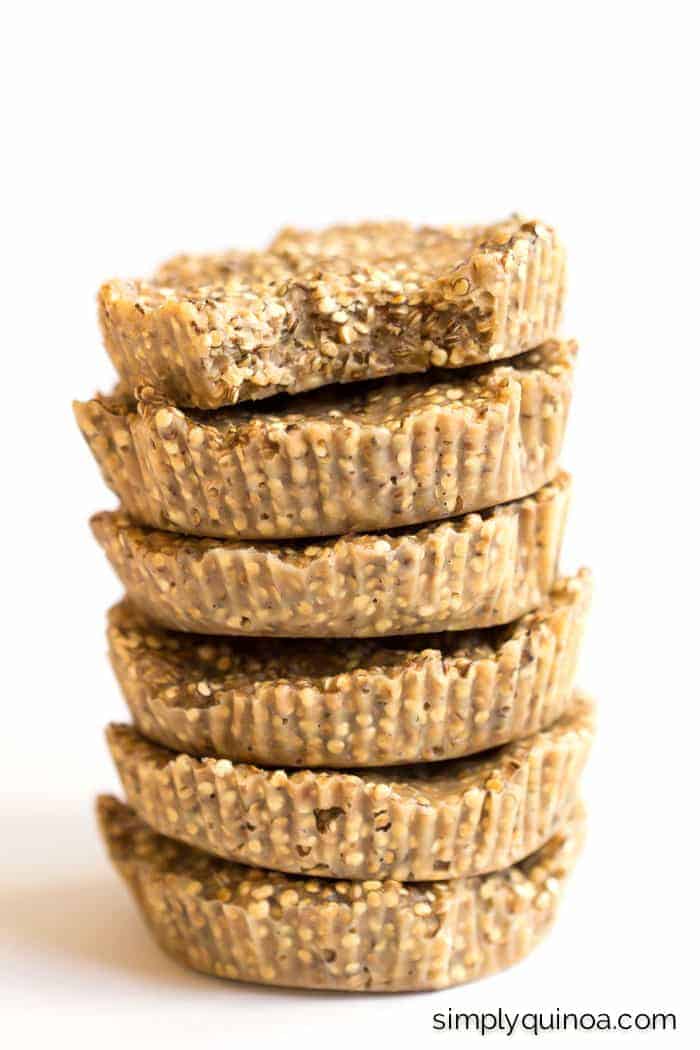 Snack time is here and these quinoa bites are calling!

PS: if you make this recipe (or any others!) make sure to snap a pic and share it on Instagram using hashtag #SIMPLYQUINOA – I want to see your creations! 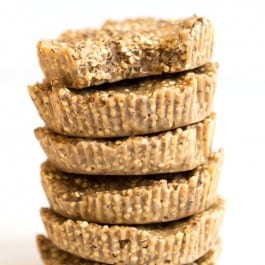 for the toasted coconut butter:

for the quinoa bites: