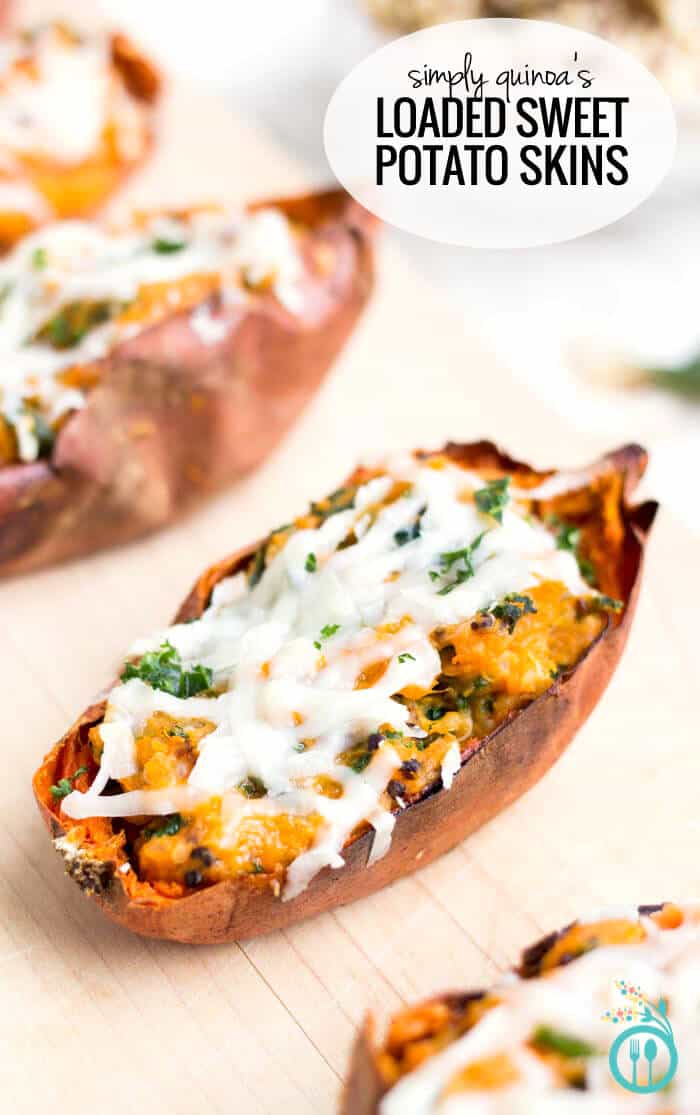 I've never been much of a football fan or even bothered with the Super Bowl game. It's the food and company that I enjoy. It's a great excuse to get together with friends and treat yourself to junky food and drinks. You know, the kind that you only eat at a football party.

But in the last few years, my tune about football has changed. I remember in college, going over to a friend's house to watch the game with my girlfriends and the spread of food we had was incredible. There was trays of mac and cheese, buffalo wings, chicken nuggets, mozzarella sticks, dips and chips. You name it and we probably had it.

And of course, we all loaded up our plates with food and proceeded to sit in the same spot for the next four hours. Talk about unhealthy! 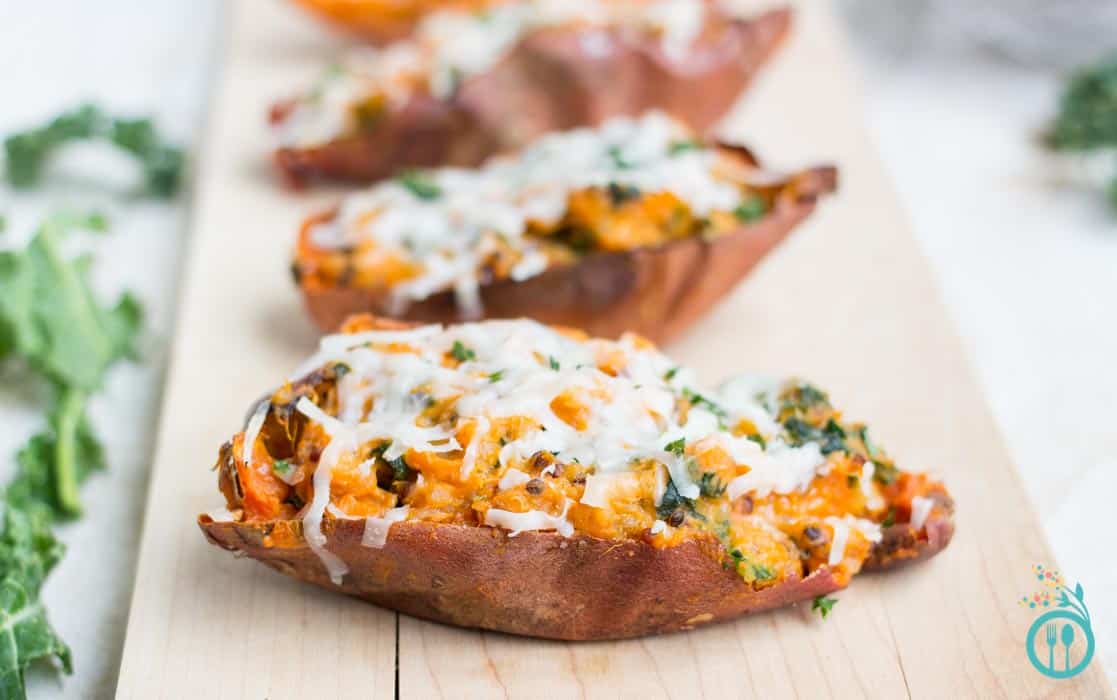 As I've really started to understand the world of clean eating and have been paying more attention to the food I put in my body, I've realized that events like this, aren't an excuse to eat whatever you want because it “only happens once of year”. That one night can quickly become two days in a row, then a week, and then you've found yourself back in a place where you're eating crappy food and feeling crappy about yourself.

So while I'm still not very interested in the game itself, I am interested in giving the food a healthy facelift and showing you how to recreate some of those staples to taste like the real thing, but actually nourishing and healing for your body. 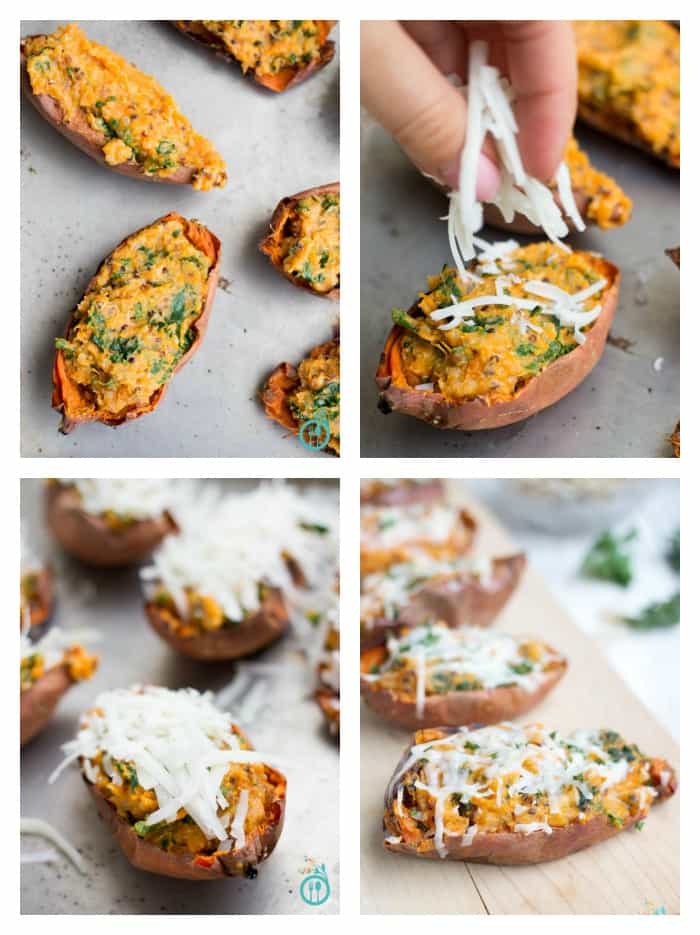 We're starting with loaded potatoes. They're a staple at this type of party because they're easy to make and can be made in large batches, and are packed with cheese and bacon. They're seemingly one of the wiser options on the table because they're not fried, but let's break it down, so we can see what we're working with.

Loaded potatoes are traditionally made with…White potatoes. Canola oil. Bacon (or ground beef). Cheese. And sour cream. Not the beginnings of a very healthy snack that's for sure.

But that's easily changed if you swap them out for my simplified (and cleaned up) version – my Quinoa Loaded Sweet Potatoes! 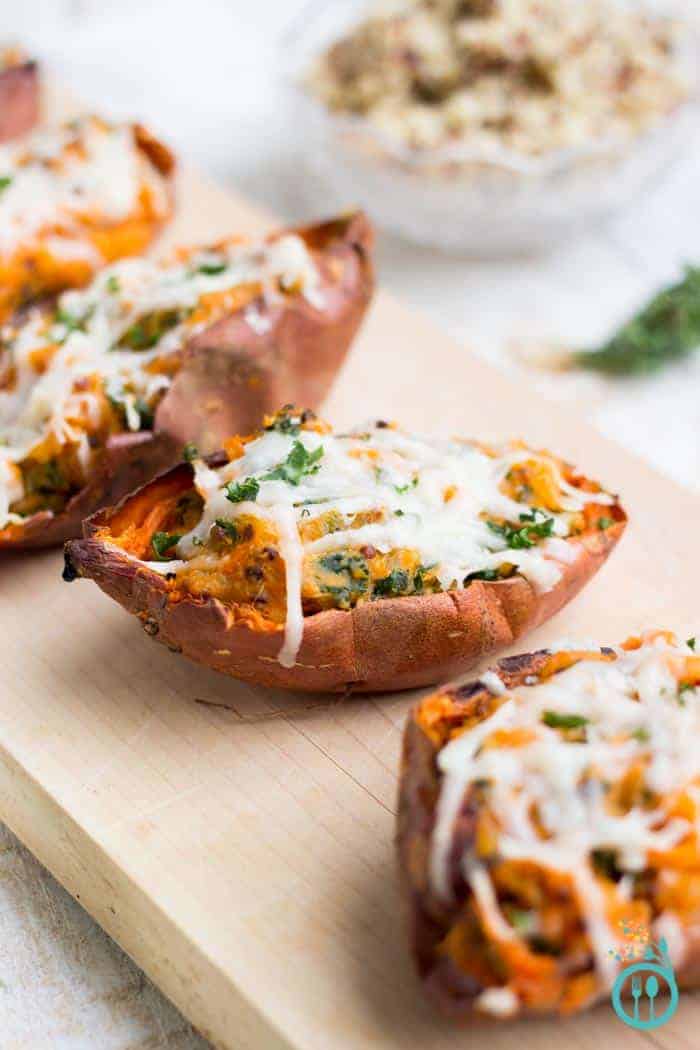 In my version of loaded potatoes, we only use nutrient packed ingredients which helps turn this recipe into something that should be avoided at all costs, to a meal that you can enjoy any time of year! It has a uniquely delicious flavor and a super healthy twist.

The base is roasted sweet potatoes, which are high in vitamin A and vitamin C. We then scoop out the flesh from the potatoes and baked the skins again so they crisp up. Then we mix the mashed sweet potato with some sauteed garlicky kale (we all know how awesome kale is), quinoa (high in protein and fiber) and a little tahini, spoon it back inside the skins and sprinkle it with a little goat cheese (much lower in fat and lactose than cow's milk cheese). You just bake these until the cheese has melted and you're done!

No oil, lots of vitamins and even a little protein mixed in! 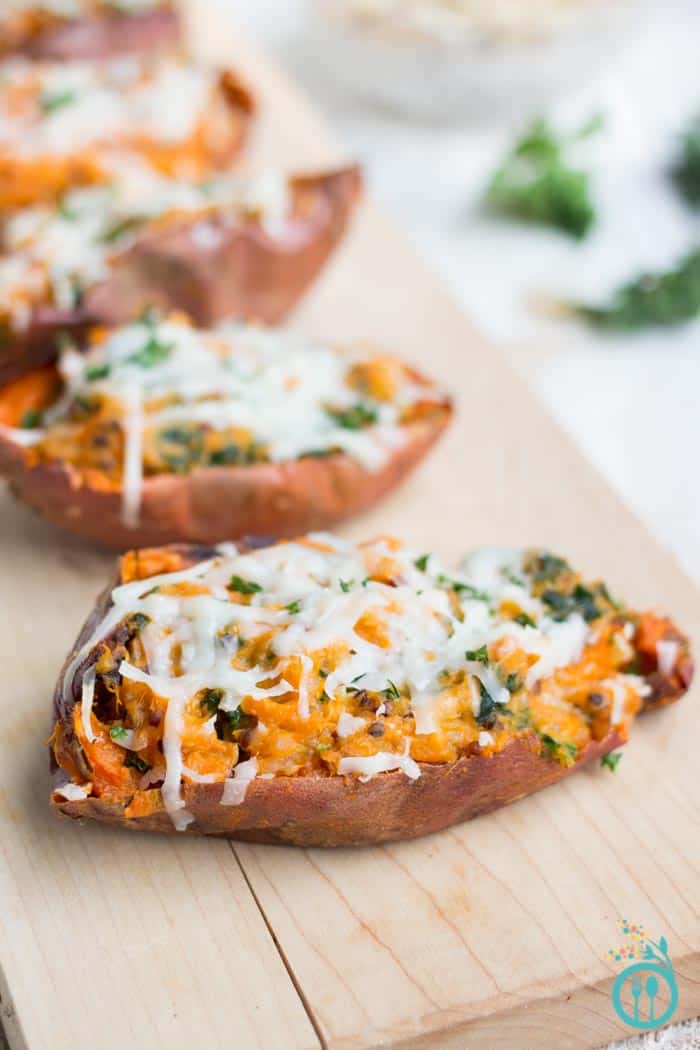 Plus, they're totally adaptable to whatever you enjoy. Swap the kale for broccoli. Or add in chickpeas for extra protein. You can even skip the cheese or just use a vegan alternative. They're going to be delicious (and better for you) no matter what!

Have you made a recipe from Simply Quinoa? I'd love to see it! Just snap a pic and upload it to social media using the hashtag #simplyquinoa so I can follow along with your kitchen creations!