If you're sensitive to gluten and corn, these quinoa tortillas will be your savior! They're easy to make, use just 5 ingredients, have an awesome texture and taste amazing! 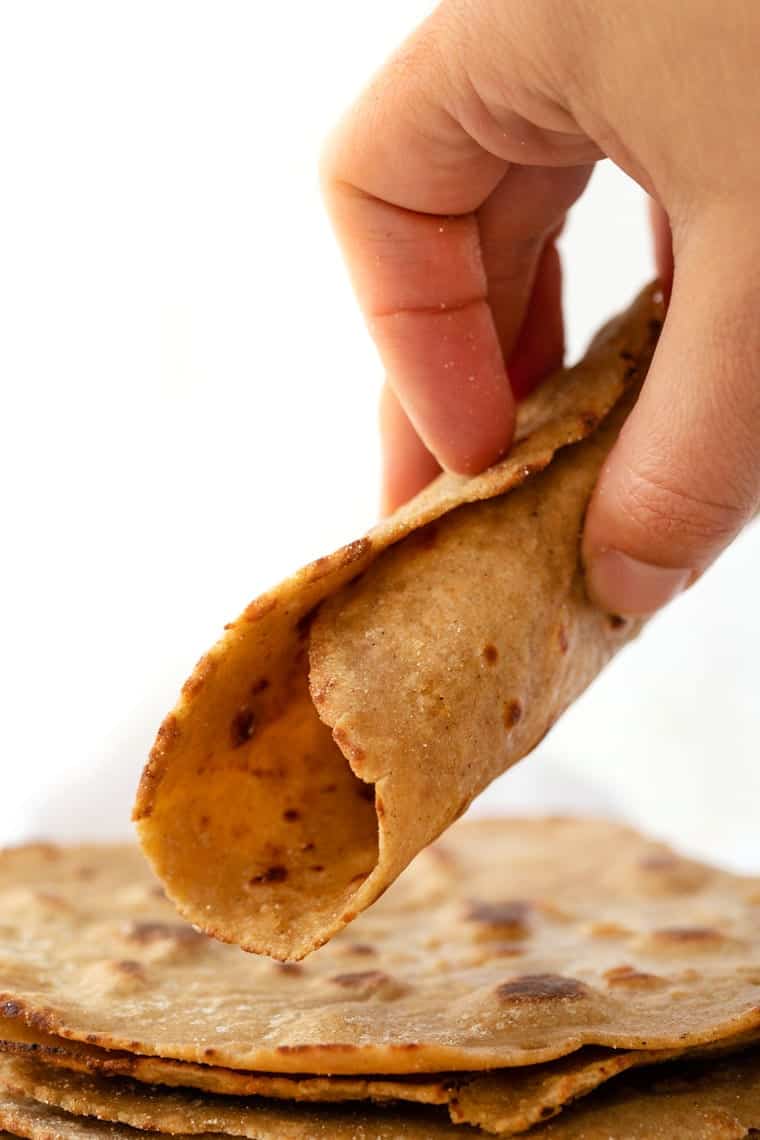 While I'm an Italian girl through and through, I have to say, but if there was one cuisine I could eat for the rest of my life, it would be Mexican.

It probably stems from my love of avocados. It was my favorite food when I was a baby! But since going gluten-free my appreciation for Mexican cuisine has only deepened. With a base of either corn or rice in many of their meals, by just skipping out on the cheese, I can have a meal that I can enjoy that I know won't hurt my stomach.

Of course, I love me a good corn tortilla, sometimes you just need a flour one. They're a bit more pliable, they hold up a little better, yet gluten-free ones are full of crap I don't want to eat. So as I usually do, I created my own. And that's what I'm going to show you how to make today! 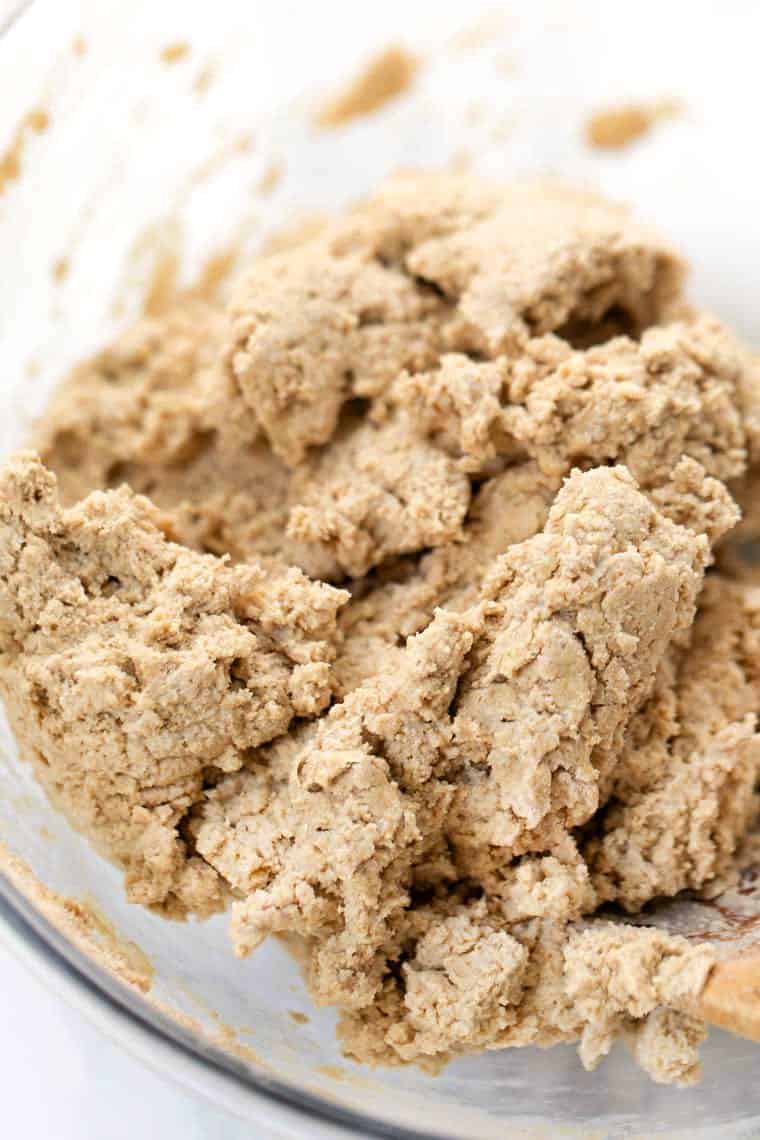 I've come up with, what I personally think is, an absolute dynamite recipe. I don't usually toot my own horn like that, but you're just going to love this. Especially on the health side of things.

As I mentioned, gluten-free flour tortillas aren't the healthiest. And ones that are healthy tend to crumble (I'm looking at you brown rice tortillas!). So that was my mission with these babies. I wanted them to be nutrient dense, but also pliable and sturdy.

So rather than filling our tortillas with starches, we're using just two flours: quinoa and chickpea. And then we're using psyllium husk to give them some bendability.

The combination yields a high protein, high fiber tortilla that can be used in wraps, tacos, burritos and more! 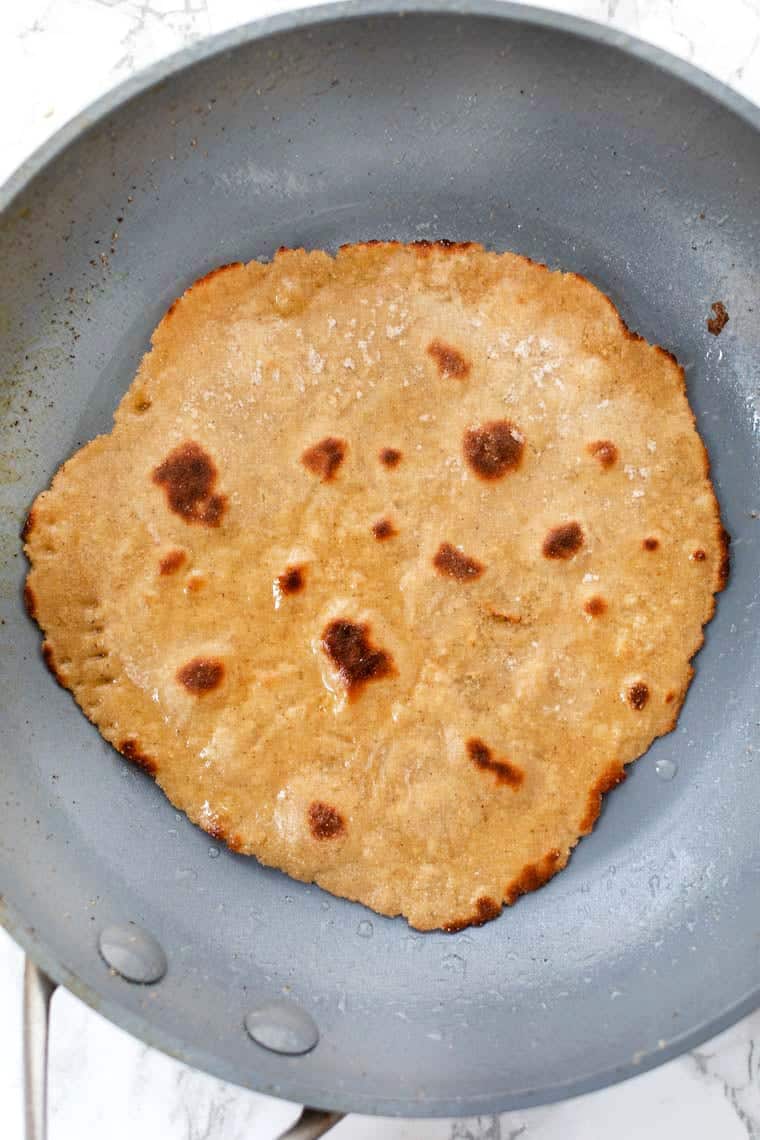 How to Make Quinoa Flour Tortillas

This recipe has been a long time in the making. Ever since I started eating packaged brown rice tortillas, I've been trying to make my own at home. Not only are most gluten-free tortillas expensive, but I knew there had to be a way to create something just as delicious with my own, natural ingredients.

Honestly, my first few attempts were total flops. They were either far too wet, they fell apart as soon as I tried to cook them or they would stick to the paper.

Just like you would whip up a batch of homemade corn tortillas, to make our quinoa tortillas we just mix up the dry ingredients, add some water and mix it to make a dough. From there you divide it into balls, roll it (or press it) out into tortillas and cook them up! 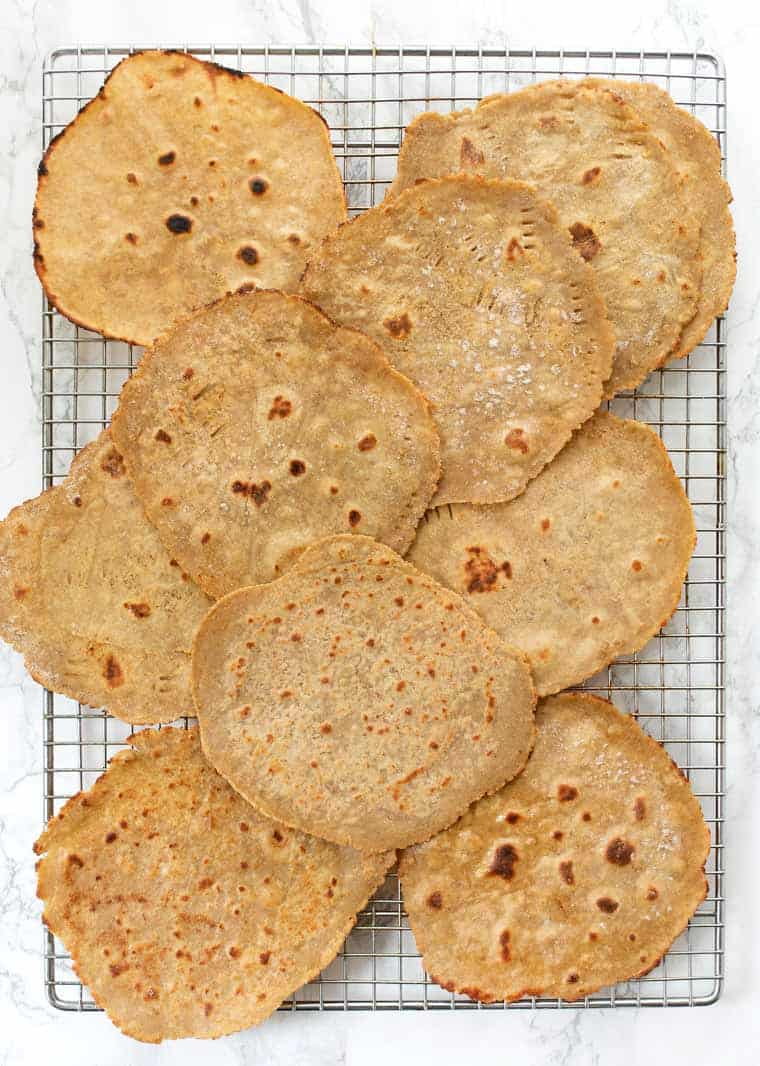 How Do You Keep Homemade Tortillas?

Since this recipe makes about 12 – 14 tortillas, you might not be able to eat them all at once. They'll definitely keep well at room temperature for 1 – 2 days if they're in a sealed container or bag (I love these bags from Stasher), but homemade tortillas can also be frozen!

I like to wrap them up in either parchment paper or foil, stick them in one of my silicone baggies and pop them in the freezer. They'll last for at least 4 – 5 months. When you're ready to use them, just let them thaw to room temperature and quickly reheat them in the oven (on low) or microwave. 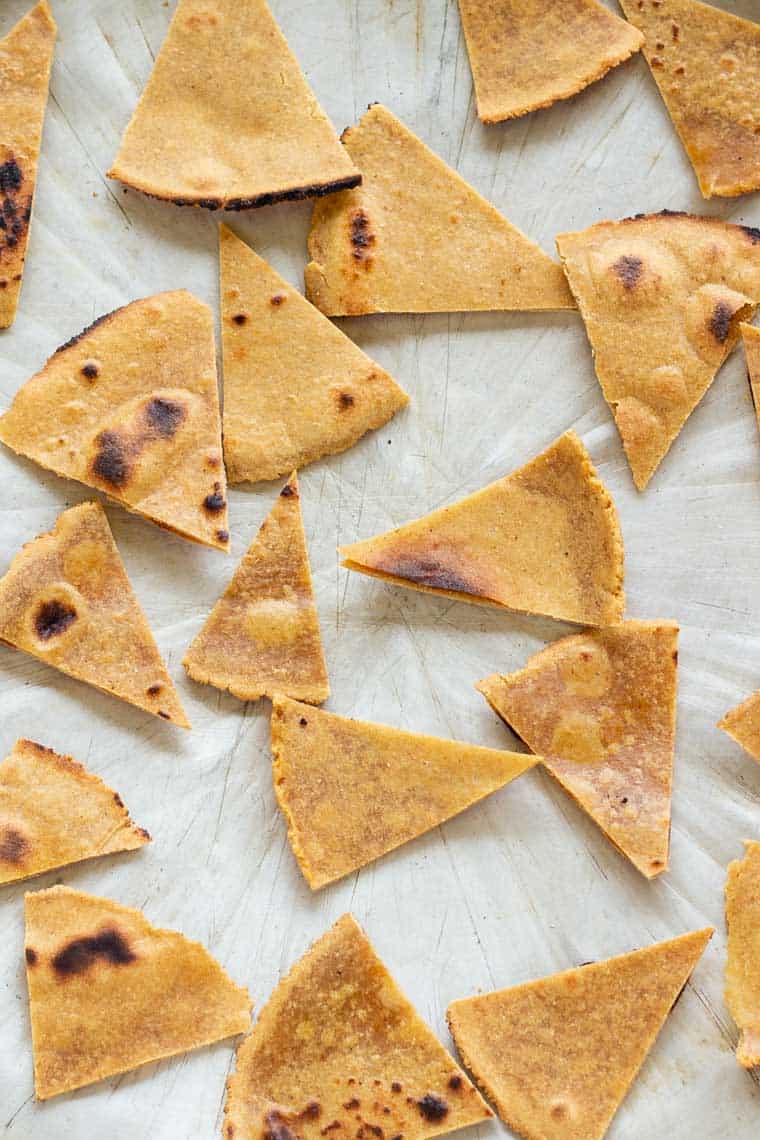 But I have to say, while these tortillas make great tacos, wraps, enchiladas, tostadas, etc., there was one thing that I was really craving…

My favorite snack in the whole wide world. Tortilla chips.

Chips that aren't made from corn or other gluten grains, that aren't deep fried in oil and that actually have some whole-grain goodness to them. Chips that are sensational when dipped in fresh guacamole!

All you need to do to make them is cut your tortillas into smaller triangles, pop them onto a baking sheet, give them a quick spritz of cooking spray, sprinkle with salt and pepper and bake them at 350ºF until they're golden brown and crispy! 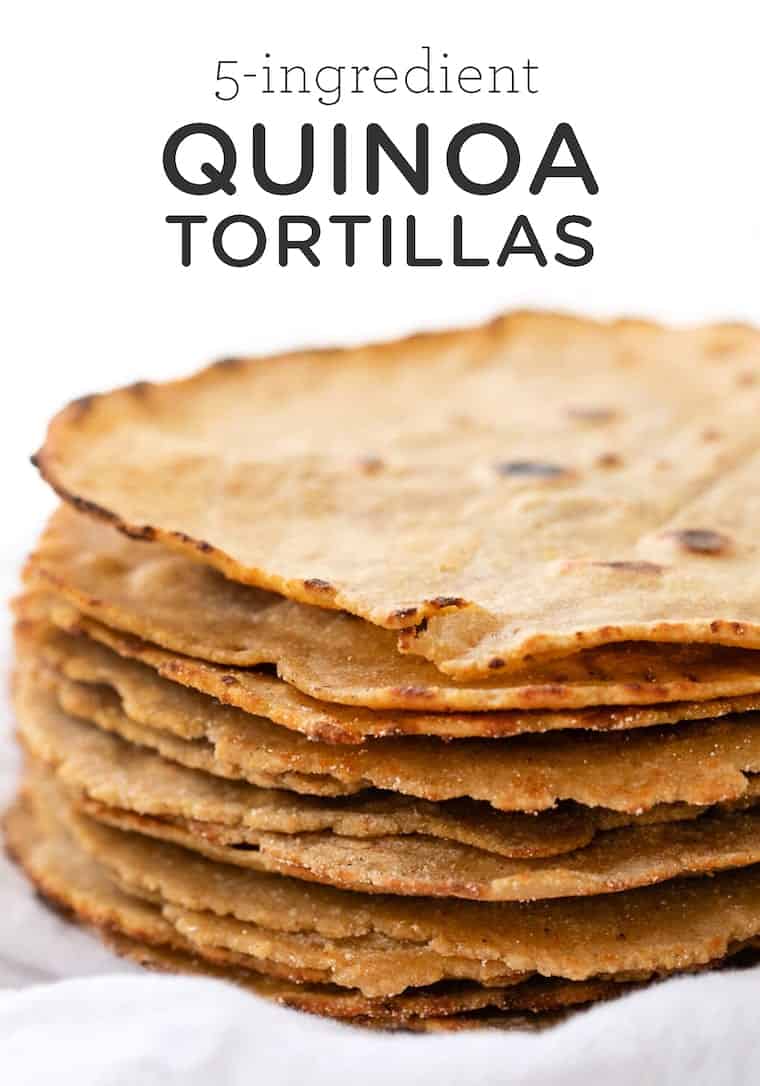 Ways to serve these Quinoa Tortillas: 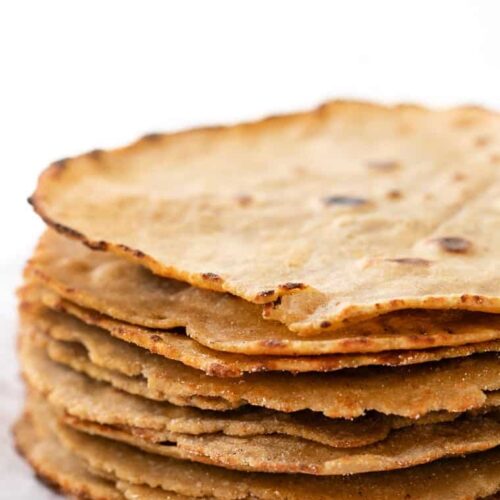 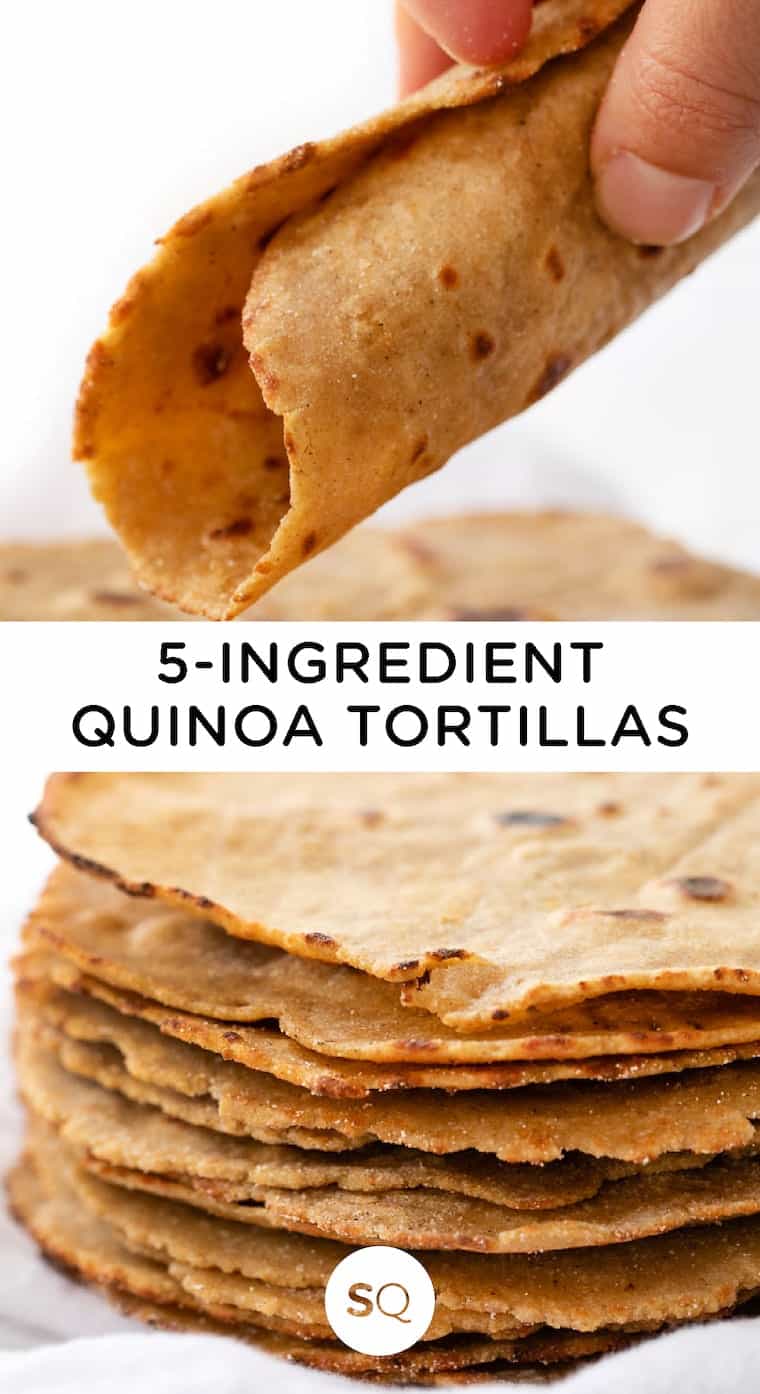