These amazing jackfruit enchiladas are totally vegan and topped with a homemade green enchilada sauce. They're so easy, so flavorful and absolutely scrumptious! 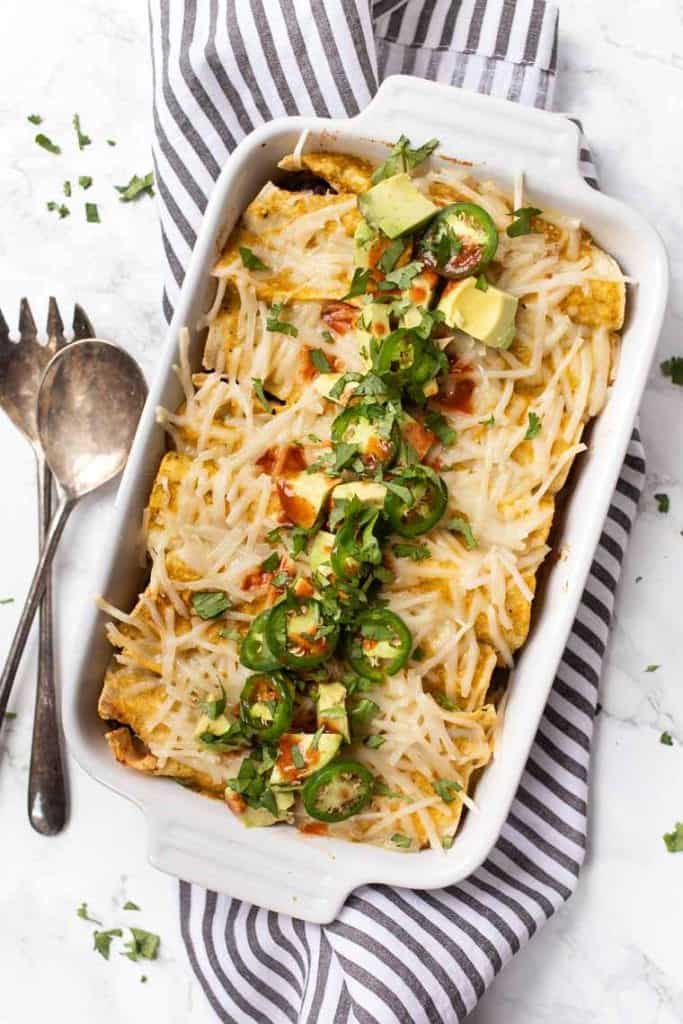 One of the things I was surprised about on our recent trip to Mexico City was that finding vegan wasn't as easy as I expected it to be. Mexican cuisine for me is often a default because of the corn and beans aspect. What I didn't think about so much? The cheese.

Surprisingly (at least to me), there was a lot of cheese on the menus. Like A LOT.

So when I got home, I decided I needed to start sharing some healthy Mexican-inspired recipes that were also vegan. Cheese-free and delicious! The first one I tacked was Enchiladas Verdes because that was Matt's favorite meal while we're there.

Today I'm giving you my spin with a vegan Enchiladas Verdes recipe that is stuffed with jackfruit and black beans. And we're even making our own simple enchilada sauce from scratch! 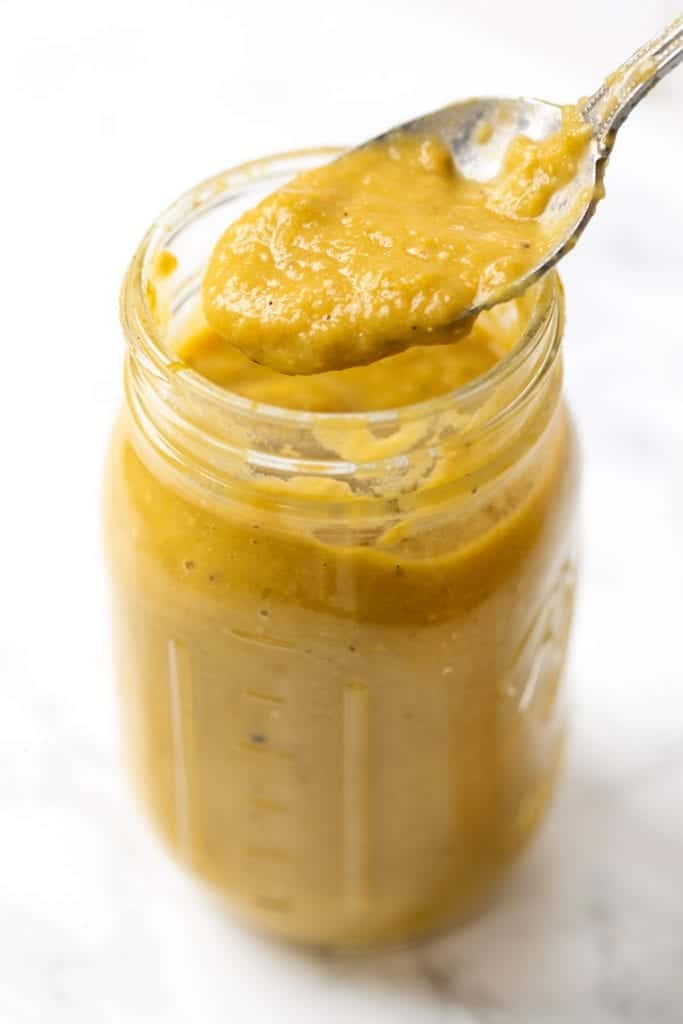 The secret to any good enchilada recipe is definitely the sauce. The sauce is where you're getting a lot of the flavor, which is why I think it's so important to try and make them from scratch when you can!

I might seem intimidating to make this kind of sauce at home, but it's actually super duper simple. My homemade green enchilada sauce takes about 15 minutes and tastes incredible.

The base is a blend of sauteed onions, garlic, tomatillos, and jalapeno. To speed things up, we're using jarred hatch green chiles which have an amazing flavor and cut the cooking time way back. I like this brand from Amazon – they're super flavorful and high quality. 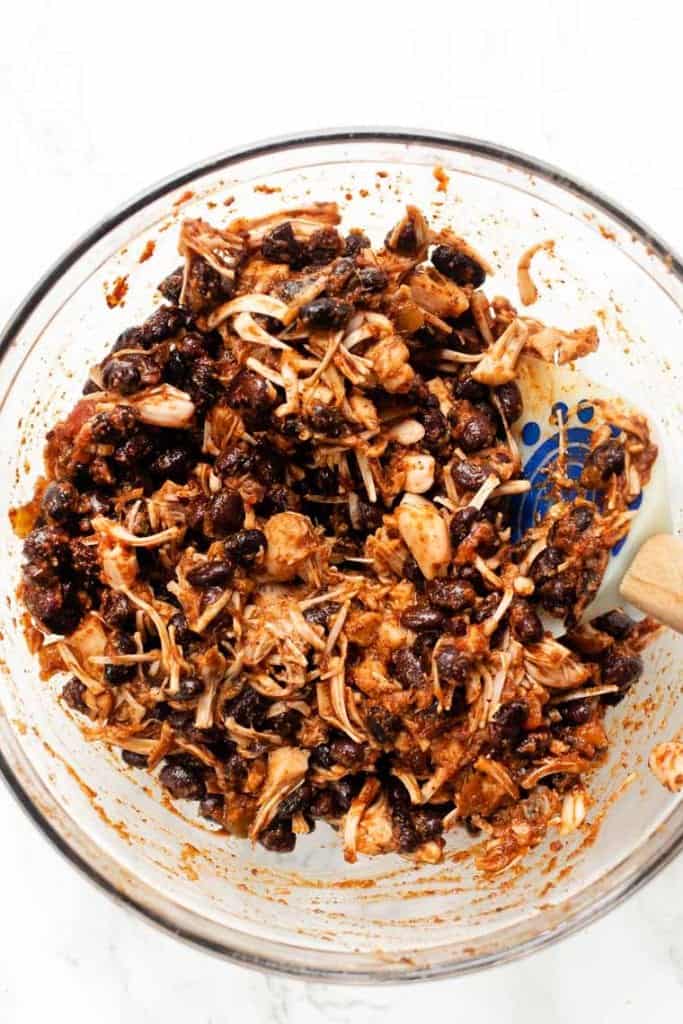 The next stop on our enchilada train is the filling. I was contemplating filling these with black beans and sweet potato, but since I was making these with Matt in mind, I had to go a more classic route. Shredded chicken.

Except again, we're making them vegan, so instead of actual chicken, we're using the ultimate shredded chicken alternative: jackfruit!

Jackfruit is a fruit that grows in Southeast Asia and has a surprisingly similar texture to chicken. It's meaty, it shreds easily and it can be flavored any which way you like. I bought mine in a can, but they're also sold in packages.

To add some depth to our filling, I stirred in some black beans (which also add protein), as well as some jarred salsa and spices. Stirred it all together and I swear it was almost exactly like the classic.

Even Matt – who admittedly does NOT like beans – loved these enchiladas. To me, that's a huge win! 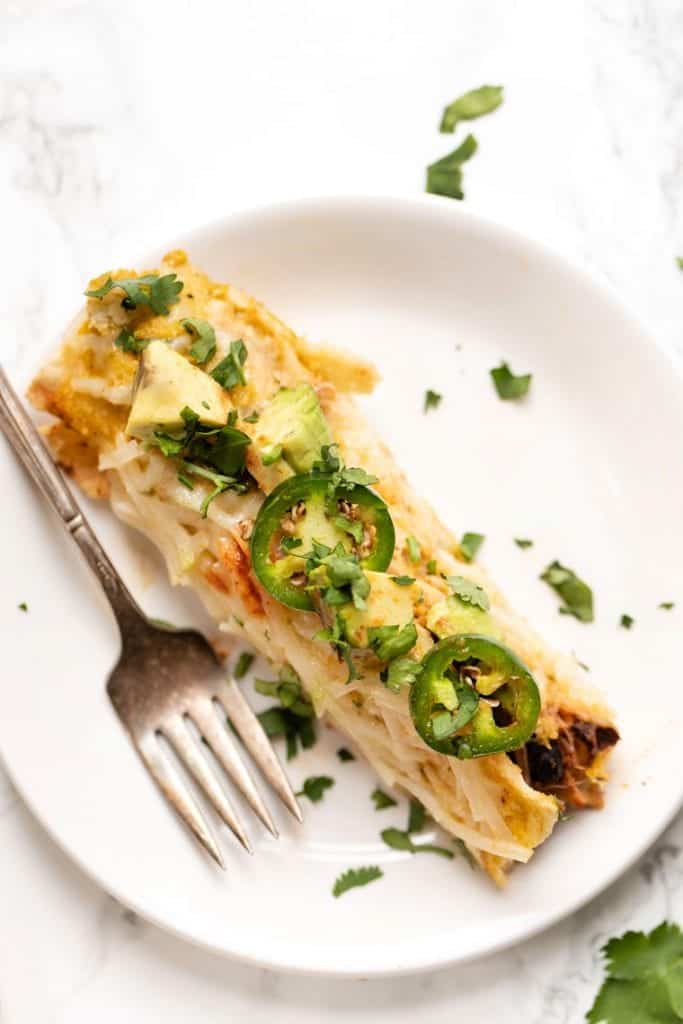 How to Make Vegan Enchiladas

When it comes to assembly, the only thing I caution is speed, especially if you're using corn tortillas. Corn tortillas tend to break apart the longer they sit, so the faster you can roll, the more “intact” your enchiladas are going to bake.

However…it's all getting eaten anyway, so if there's some breakage I'm totally fine with that.

To make our enchiladas, you'll start by adding some of the sauce to the bottom of the baking dish. Then fill a tortilla with some filling, roll it up and place it in the dish.

I like to set up a kind of assembly line. I'll have the filling to my left, the tortillas in the middle and the baking pan to the right. Then I just work quickly until I've filled up my dish.

Drizzle on the rest of my sauce, sprinkle with some vegan shredded cheese (which is totally optional) and toss it in the oven. 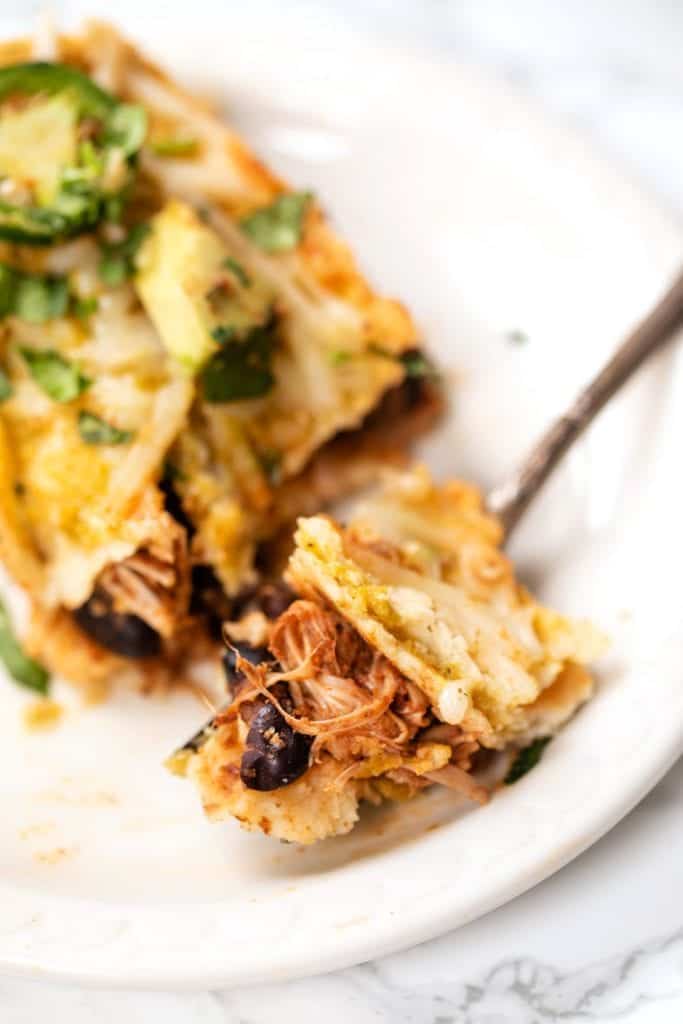 Ultimately, these are incredible and I hope you try them! You could totally throw in some extras into that filling too – I think roasted sweet potatoes, kale/spinach, chopped peppers, etc., would all be fabulous!

If you do end up making them, don't forget to share a photo with me. You can tag @simplyquinoa or use #simplyquinoa on Instagram – seeing your photos lights me up! 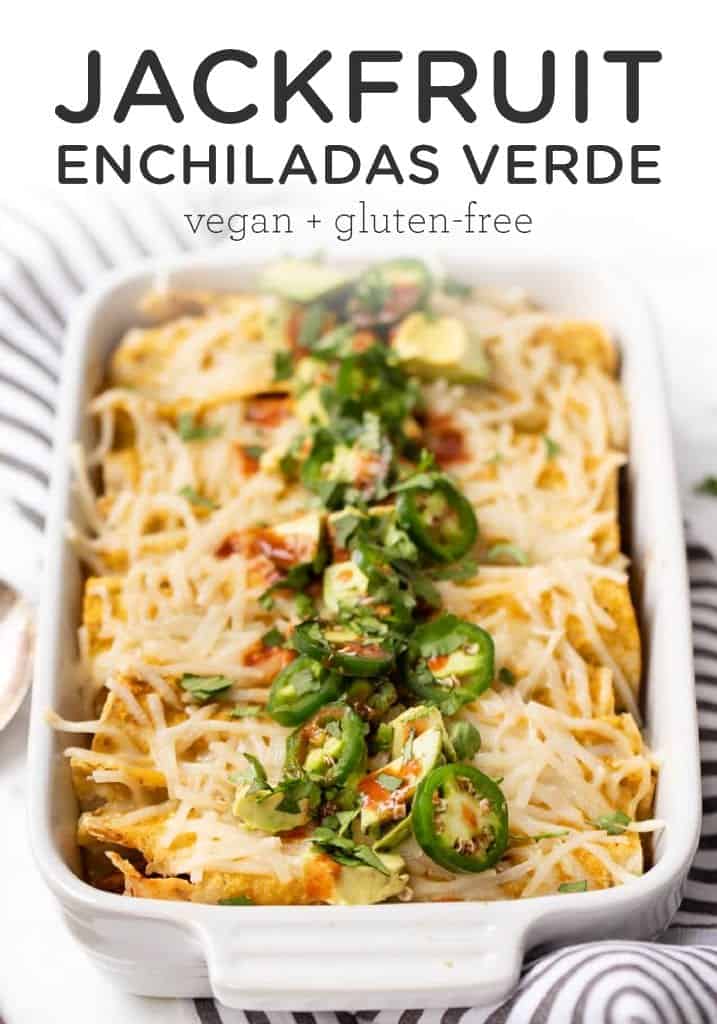 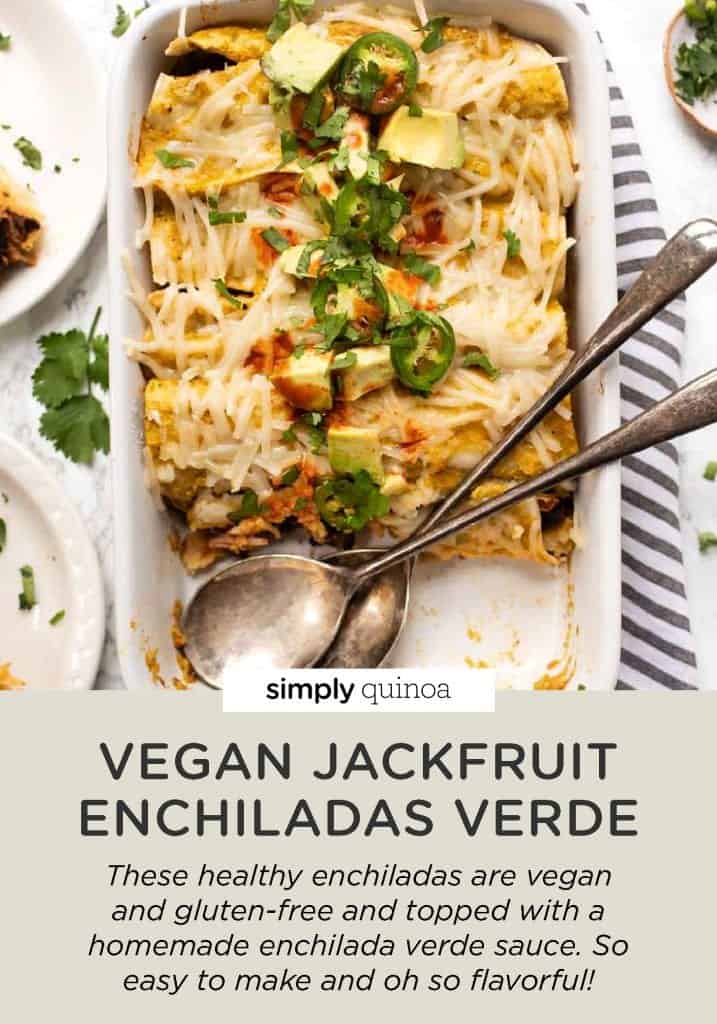 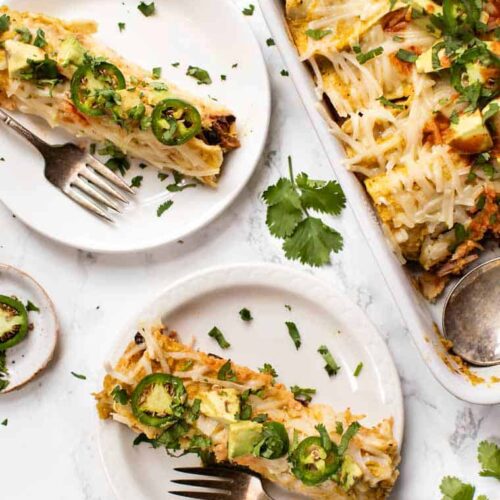