How Vegan Diets Help the Environment

Does the vegan diet help the environment? Learn the benefits of going vegan and how eating a plant-based diet can support your health and the environment. 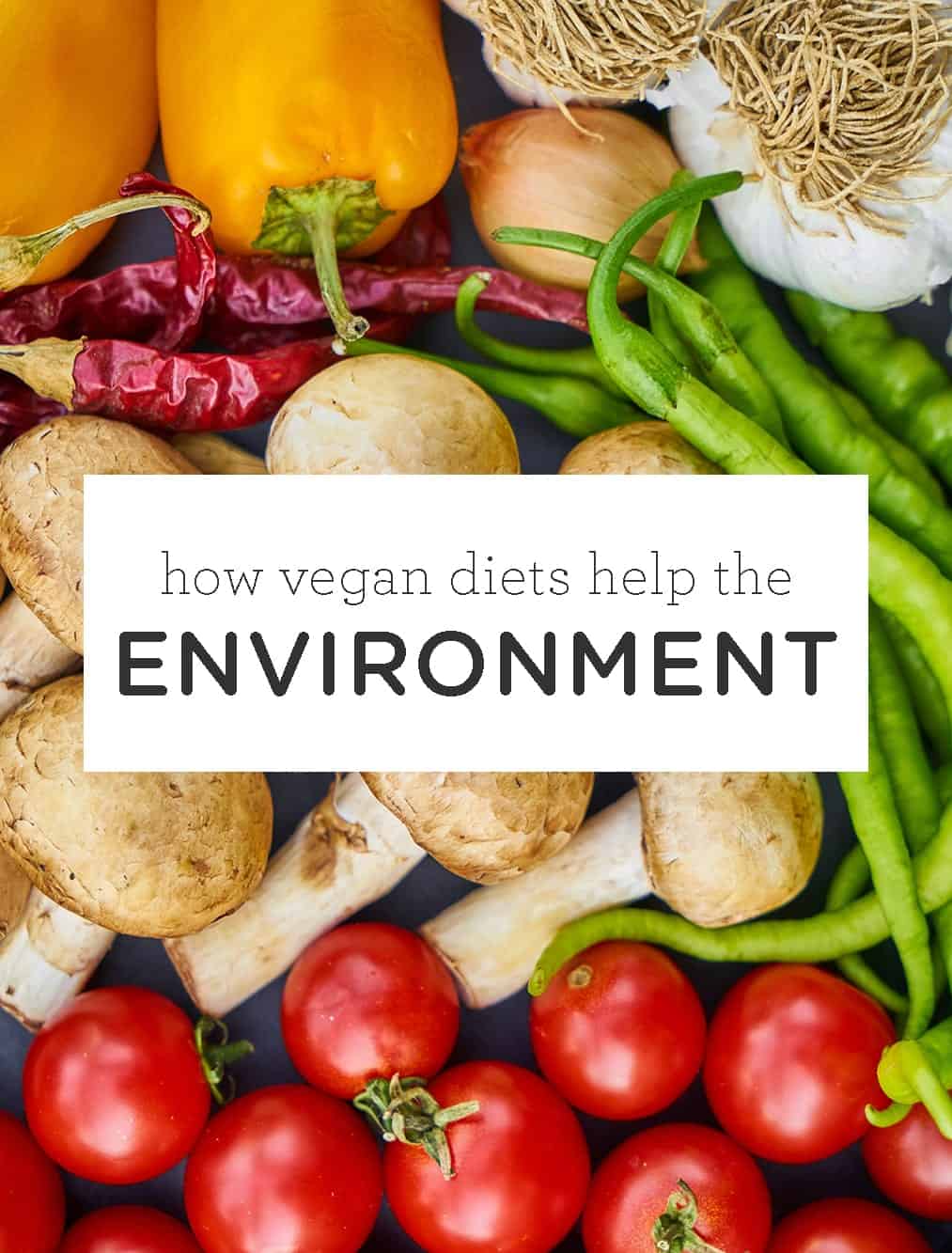 Last week we talked about the benefits of a plant-based diet and today we're going to dive even deeper into one of the topics that resonates with me most: the environment.

As you might know, I've been following a primarily plant-based diet for the last four years or so. I'm not strictly vegan, but about 95% of the time, I'm eating plants. And I absolutely love this way of living!

Before I went plant-based, I was already eating a pretty healthy diet. So while the health benefits of plant-based diets definitely intrigued me, it was actually the environmental impacts that helped me take the leap. That's what we're going to talk about today; how following a vegan diet helps the environment! 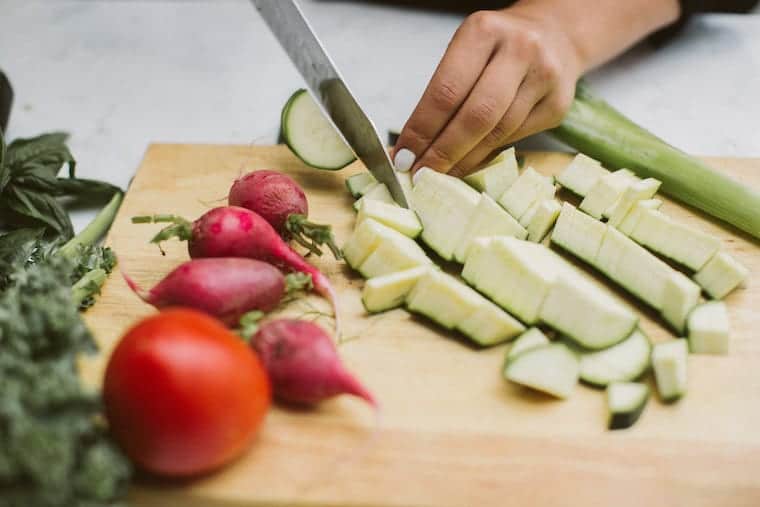 Myth: Vegan Diet is Bad For The Environment

So what about those articles that say a vegan diet is bad for the environment? Are they reporting accurately? Well, yes and now. The basis for those articles is focused on the impact of “food miles” (i.e. the number of miles food has to travel to get to the end consumer).

I live in NYC and we don't have the climate to grow tropical fruit, yet we have tropical fruit in our stores every day. What are the environmental impacts of getting that food to me? That's what these articles focus on.

But here's the thing. Sure, those miles are creating pollution, BUT in comparison to the emissions made from agriculture (specifically animal agriculture), it's peanuts.

No matter how you look at a problem, you can come at it from different angles. For me, the benefits of eating a plant-based diet and the positive impacts I'm making on the environment, far outweigh the negative ones.

So let's dive into some facts, shall we? 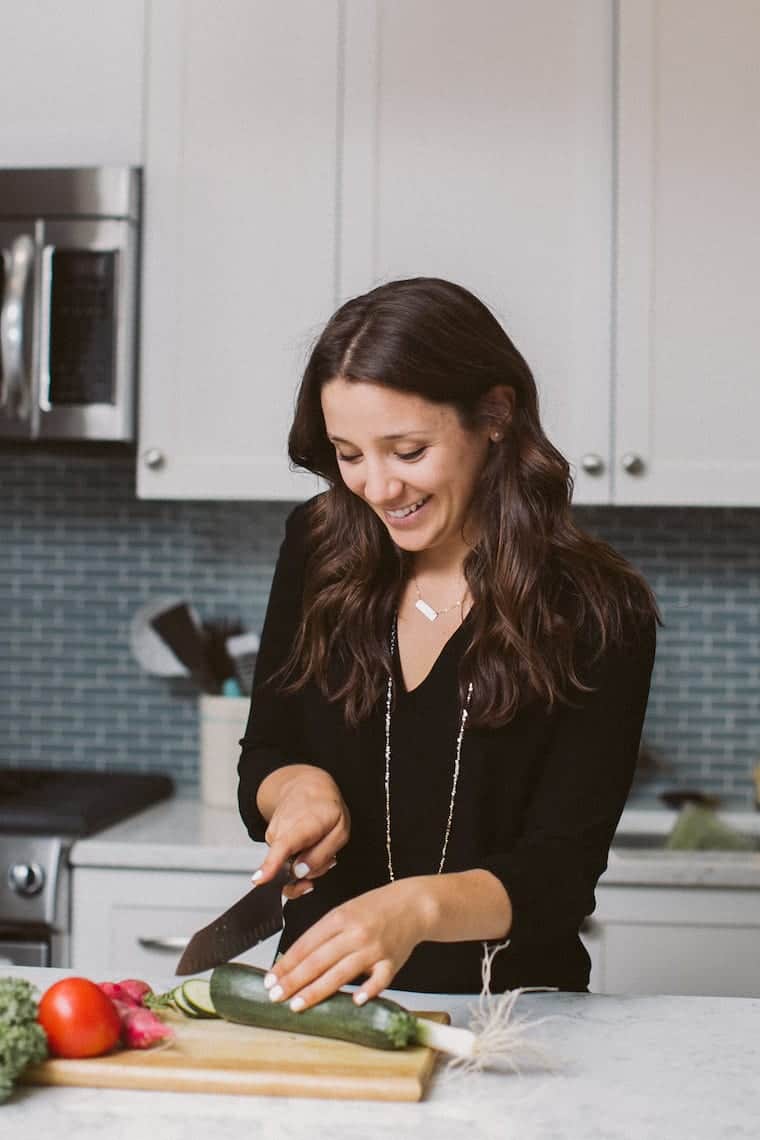 Does A Vegan Diet Help The Environment?

The short answer is yes, it does. There have been multiple studies done that have proved it. And what's great about the vegan diet, is that we're actually affecting more than just one aspect of climate change. So whether you care more about greenhouse gases, land use, water, deforestation, our oceans, etc., a plant-based diet benefits them all.

We're going to dive into each one specifically here in a second, but I also want to encourage you to check out the resources section at the end of this post. I've linked some articles and studies for you to learn more if you're interested!

Based on the UN's climate report released in 2018, our planet is warming at an alarming rate. A lot of that warming is directly tied to greenhouse gases. Those gases are burning holes in the ozone layer, trapping heat inside the atmosphere, and causing the planet to warm.

An area that a lot of people focus on is transportation emissions. Like the exhaust from our cars, trucks, planes, trains, etc. There's a lot of emphases put on electric cars, reducing your driving or traveling less. When in reality, animal agriculture is responsible for more greenhouse gas emissions than the entire transportation sector combined!

The other issue to consider with greenhouse gases is methane. Methane is produced by livestock in huge quantities and has been shown to be extremely harmful to global warming, even more so than carbon dioxide. Cows produce 150 billion gallons of methane per day!

And lastly, if we don't make a change in our food system and focus more on plants instead of animals and animal agriculture, we're in big trouble Emissions for agriculture are projected to increase by 80% by 2050. 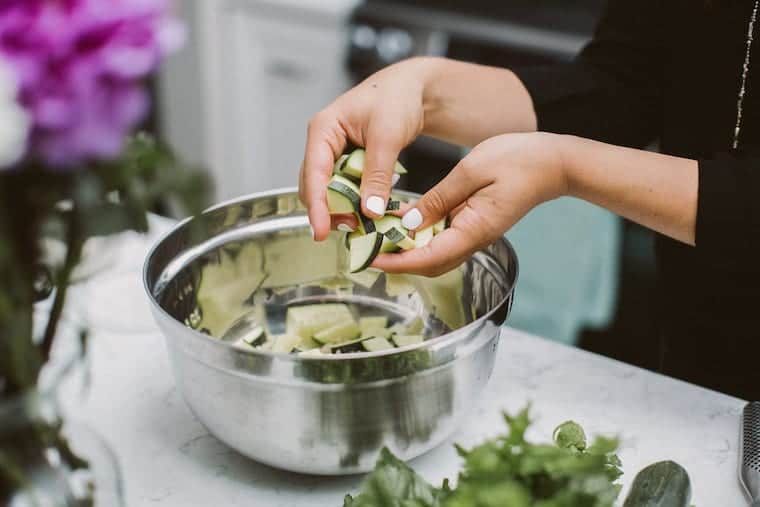 As our population is growing, we're running out of space. Not only do we need space to physically inhabit, but we also need to land to grow our food. Less than 30% of the earth's surface is land, some of which is covered by ice and dessert (i.e. no inhabitable or able to grow anything).

Of the land that is available to use, nearly 43% is dedicated to agriculture. As the 43% breaks down like this:

Now, what I think is important is that we dig into that 87%. What is the land being used for?

Essentially, it breaks down into a few different categories: livestock, feed for livestock, food for human consumption. It's estimated that nearly half the land in the continental US is devoted to animal agriculture (feed + pastures). And that's just the US! Worldwide, at least 50% of the grain that's grown is fed to livestock. And with the amount of grain we're growing, we could feed 10 billion people.

Here are some other staggering facts about how animal agriculture is affecting land use:

This is important for a few reasons. First, the Amazon is one of the most diverse habitats on earth. With the rate it's being cleared, species are going extinct – animals, insects, and plants – every single day. And second, the rainforest (and other forests) are important parts for sequestering greenhouse emissions, meaning they can help slow down global warming and climate change. 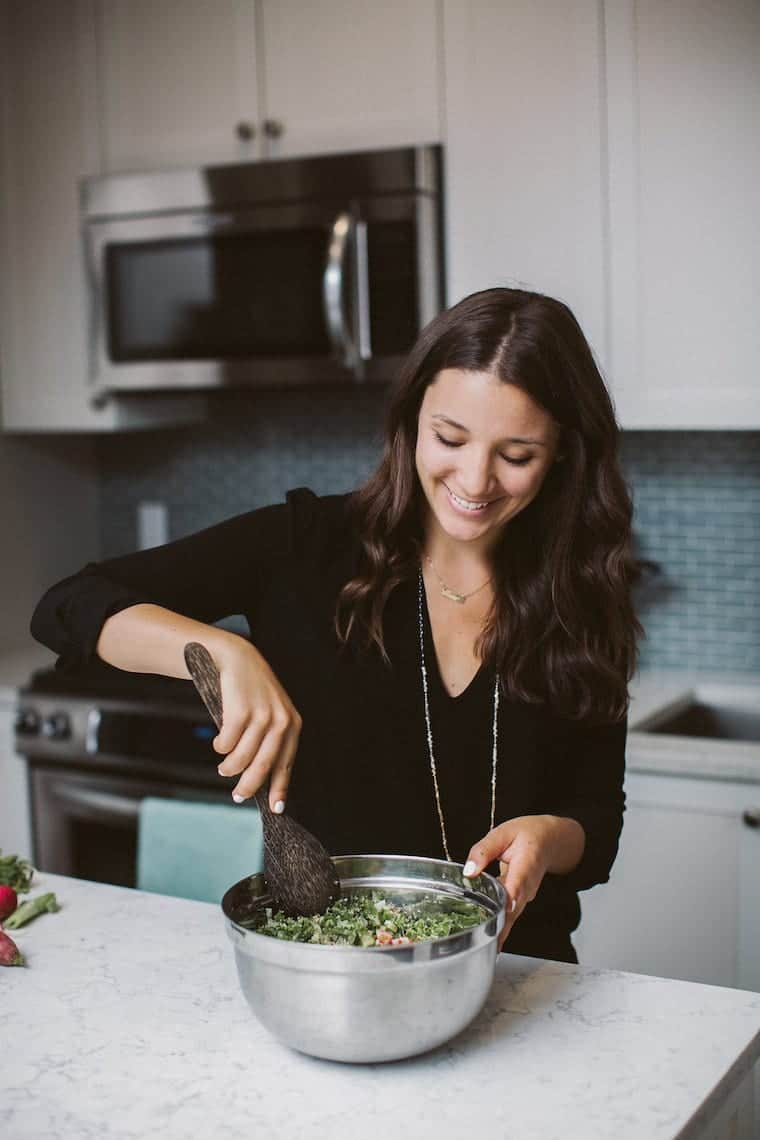 Freshwater is the world's more precious resource. Nearly 71% of the earth's surface is water, but of that 71%, only 3.5% is fresh and drinkable. That means that 96.5% of the water on earth is salt water in our oceans.

In a world with a population that is growing exponentially, it's fair to say that at the rate we are growing and using water, we probably don't have enough to sustain ourselves. And with millions of people across the globe with little to no access to drinkable water, it's a major issue.

While growing plants certainly uses water – and some crops more so than others – the amount of water that it takes to produce meat is astronomical in comparison. It takes on average, 2,500 gallons of water to produce one pound of beef. That takes into the account production lifecycle of that meat – including the water it takes to grow the feed, the water the cows drink, the water it takes in the production process, etc., but that number is HUGE!

Think about how much beef is at your local grocery store – and that's just YOUR store – and you can start to get a picture of how worrisome this problem actually is.

Here's another thing: in the US alone nearly 80 – 90% of water consumption is for agriculture. And of that, 56% is used to grow feed for livestock. Globally, animal agriculture alone is responsible for 20 – 33% of all freshwater consumption. 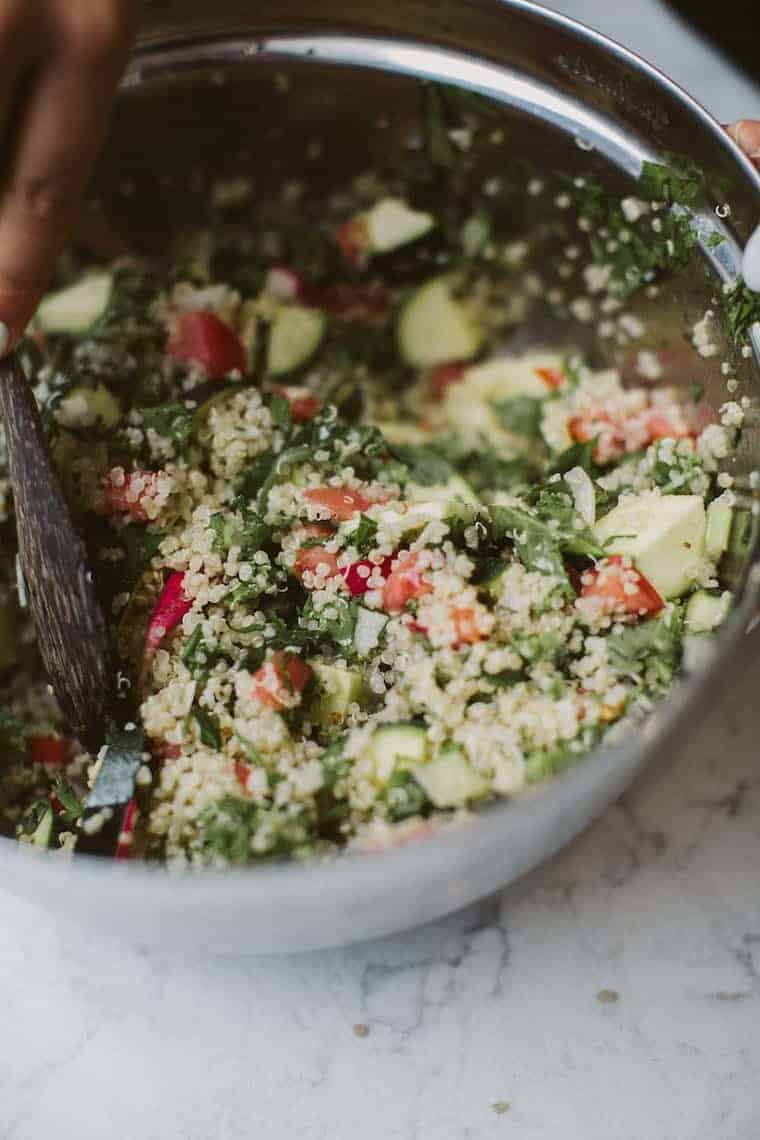 A lot of us associate the negative impacts of animal agriculture with cows, pigs, and chickens, but there's also fish to consider. We are overexploiting as much as 3/4 of our world's fisheries. We're overfishing, there are many fishing companies that don't follow sustainable practices, and we're pulling a huge amount of aquatic life out of our oceans every year.

And this is just the fishing practices that are hurting our oceans. It doesn't even take into account the effects of warming temperatures and acidification. All of which is causing our oceans to be less and less inhabitable. Some researchers even say that we could see fishless oceans by 2050! 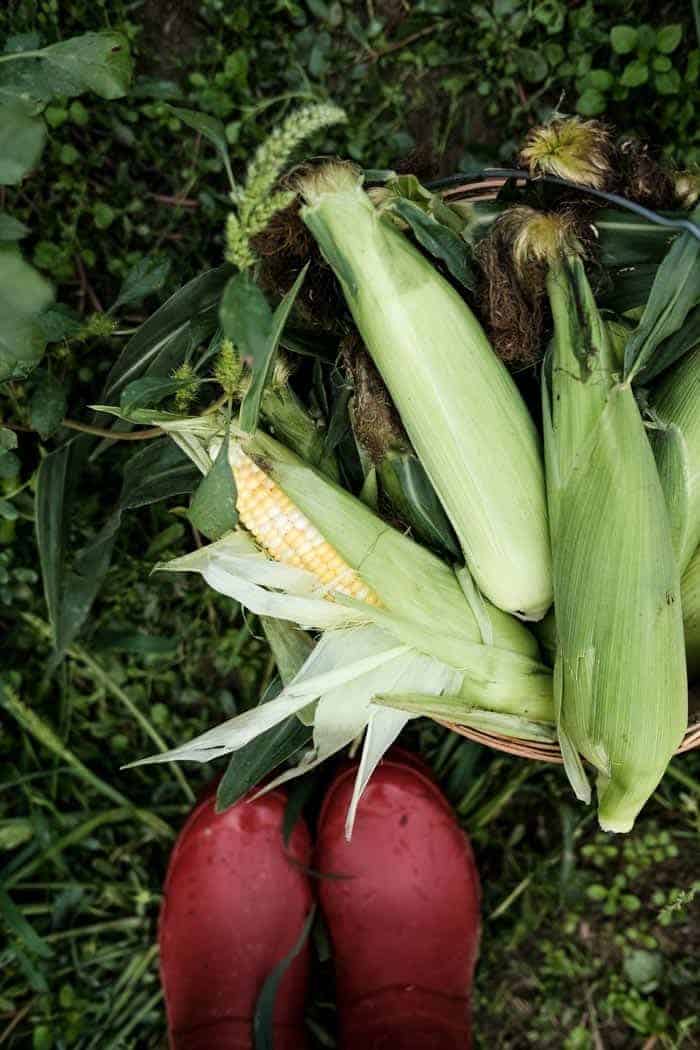 Emissions, land use, water, and the destruction of our rainforests and oceans, for me, are the top concerns of eating a non-vegan diet. There's also world hunger to consider, as well as animal welfare.

Here are even more stats that show how a vegan diet helps the environment and our planet: 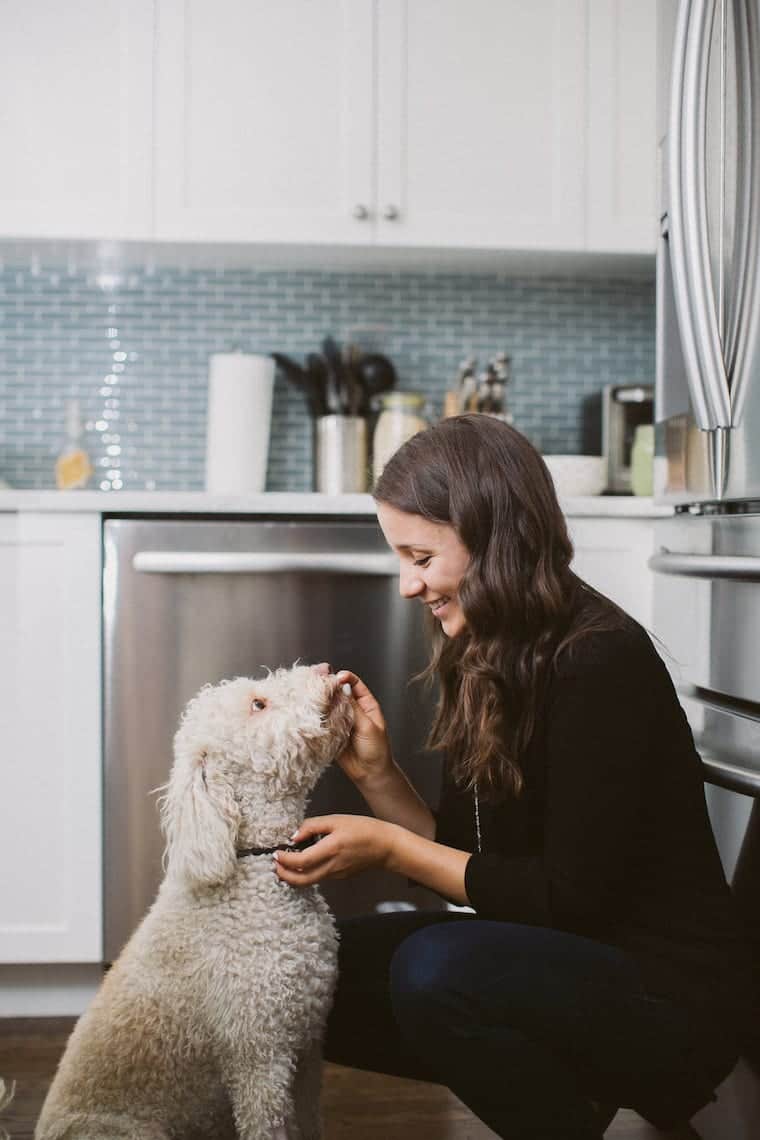 How You Can Help the Environment Through Diet

Now I don't want this article to feel too depressing or scary. I know all these stats can feel super overwhelming. So, let's end it on a good note!

I know a lot of people who find SQ are already interested in a plant-based lifestyle. If you are, awesome! If you're still thinking about it (and are also an environmentalist), here's even more of a push to help you get there.

So yes, your food choices can have an impact. On an individual scale, if you personally transition to a vegan diet, here's what you'll be saving:

Bottom line: going vegan is perhaps the single best thing you can do for the environment. 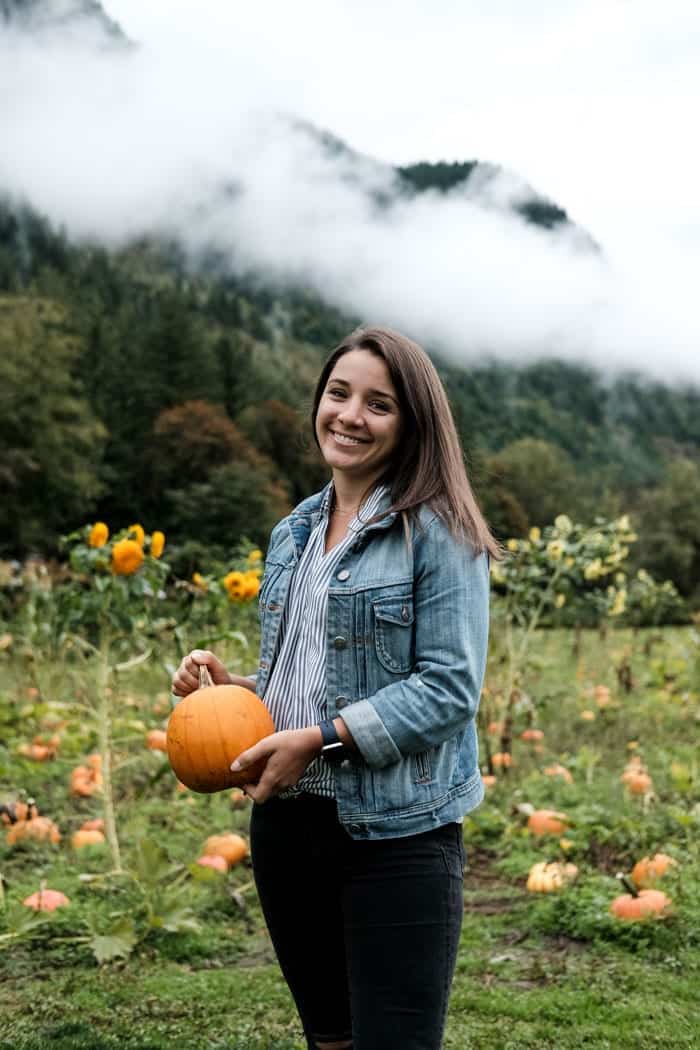 How to Go Vegan in 6 Easy Steps

But we aren't just going stop and do this overnight.

We start by making simple swaps in your everyday diet, then each week we continue to make incremental changes. By taking it slowly, we are able to make this a lasting habit. We want the process to be fun, informative, educational and most importantly something that sticks. 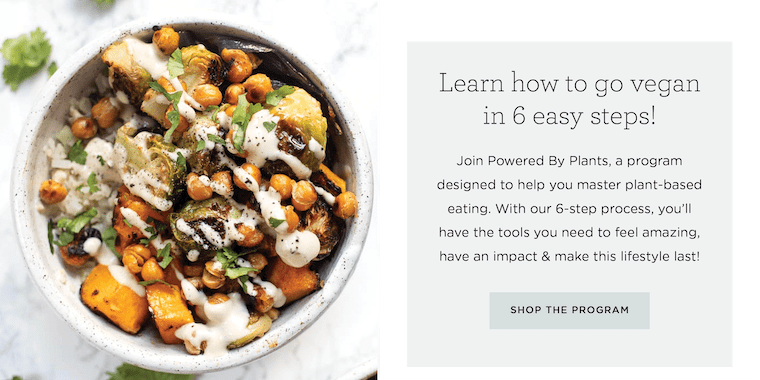 Click here to learn more about
Powered by Plants! 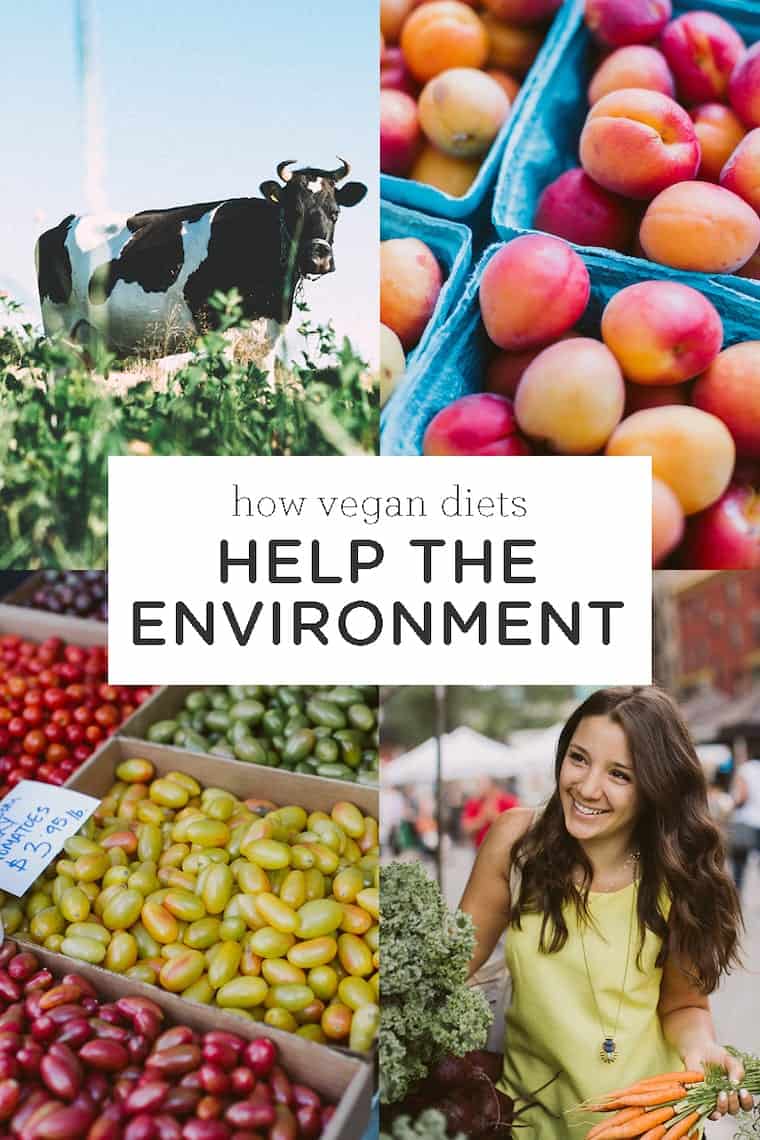