If you love tuna melts but want something plant-based, we've got the solution. These chickpea tuna melts are simple to make, great for vegan meal prep, and they taste delicious. They've even got a few ingredients in there that make them taste like actual tuna. It's wild and SO good! 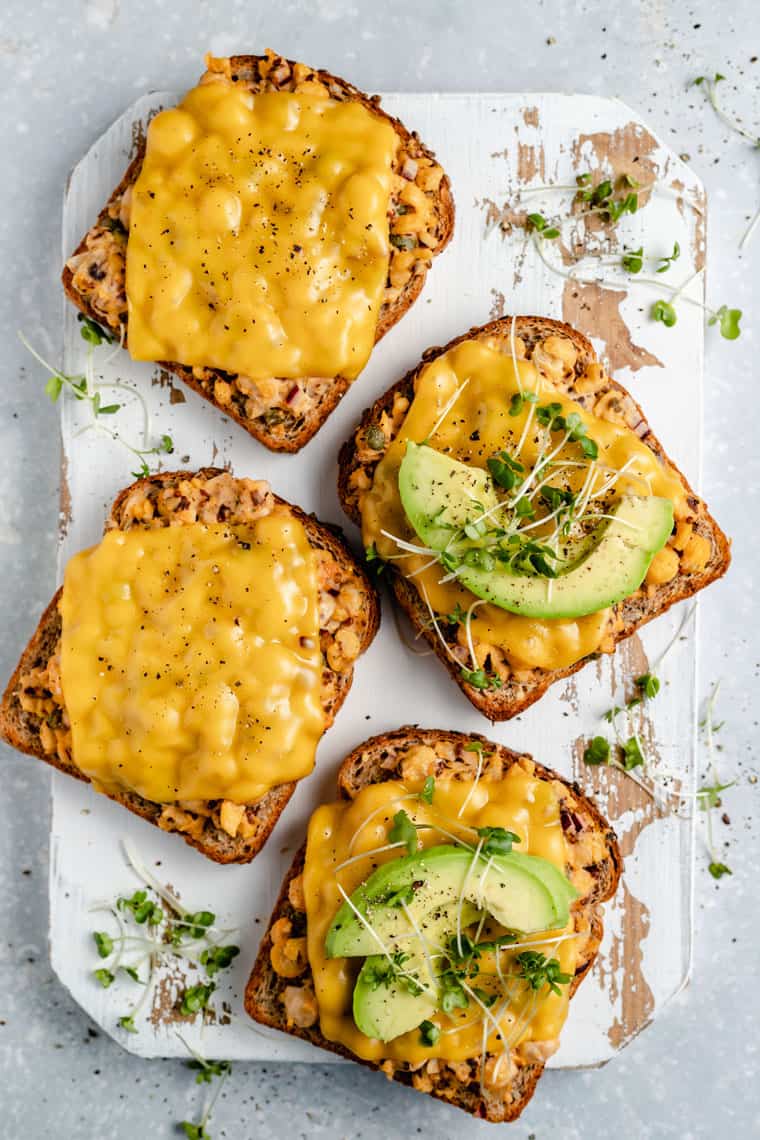 I grew up loving tuna melts. It was something my mom would throw together for us after school or for a quick dinner, and they're still a very nostalgic food for me.

Crust piece of toast, topped with tuna salad and melty cheese. Cut into squares. Sometimes dipped in ketchup. Makes me happy just thinking about it.

But as you know, I've personally been trying to focus my diet on mostly plants these past few years and I wanted to come up with a perfect vegan tuna melt that would give me those same nostalgic feelings, but with only vegan ingredients. 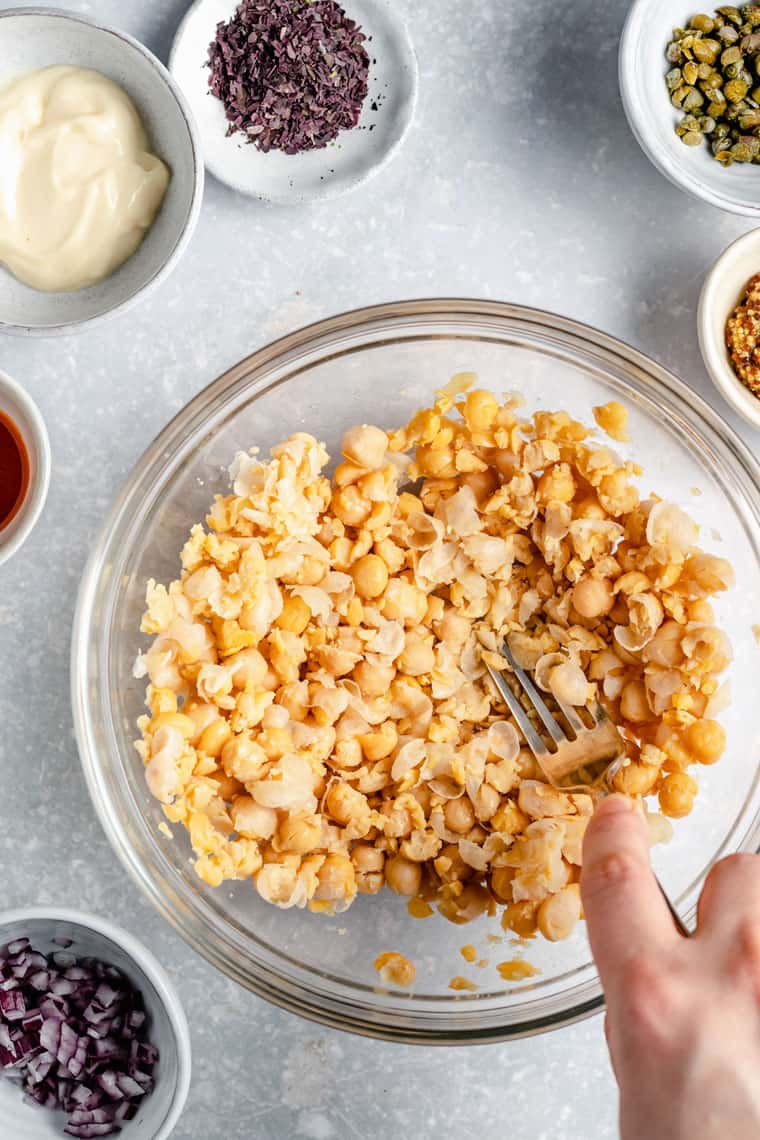 Just like traditional tuna melts, our chickpea melt recipe is crazy simple. We start by making a chickpea tuna salad – and I say “tuna” because there's no fish – place it on top of a piece of toast and melt on some vegan cheese. It's that simple!

Here's what you'll need for the chickpea tuna:

And then if you want it a little spicy,  you can add in some hot sauce! 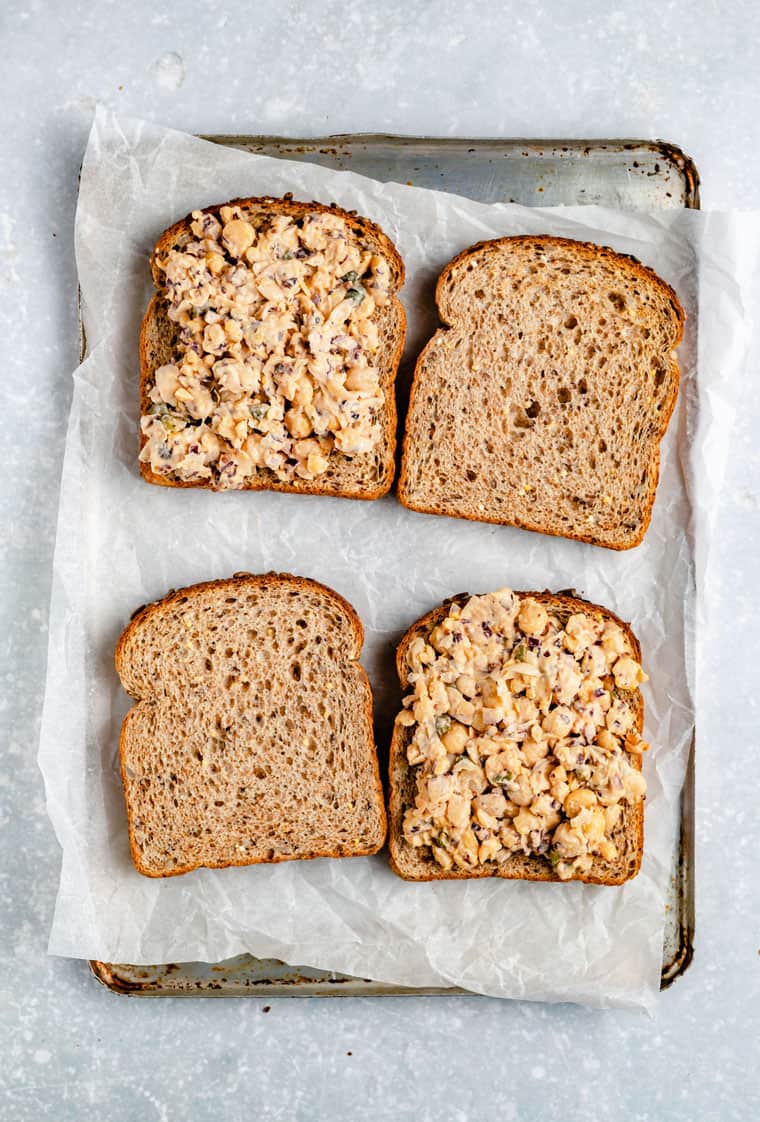 If you've never heard of dulse before, let me clarify. Dulse is seaweed and can often refer to multiple species. It's a red alga that grows in the northern coastal waters of the Atlantic and Pacific oceans. Like other sea vegetables, dulse has a sea flavor to it (which is why it works so well in these chickpea tuna melts), but it's also really healthy.

Some health benefits of dulse include:

Dulse can be used in a variety of things as a flavoring. It will add a salty/briny/sea flavor! 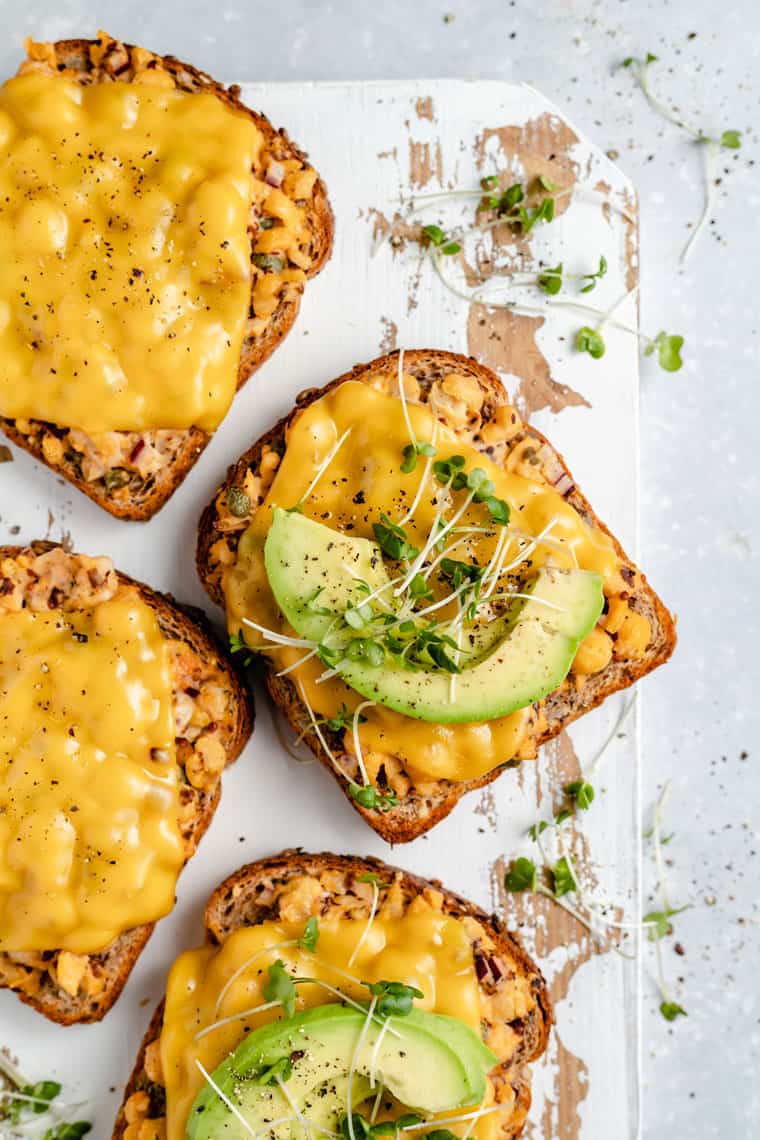 What's great about this chickpea tuna salad is that in addition to using it to make these vegan tuna melts, you can also use it a bunch of other ways as well!

And of course, in a melt! 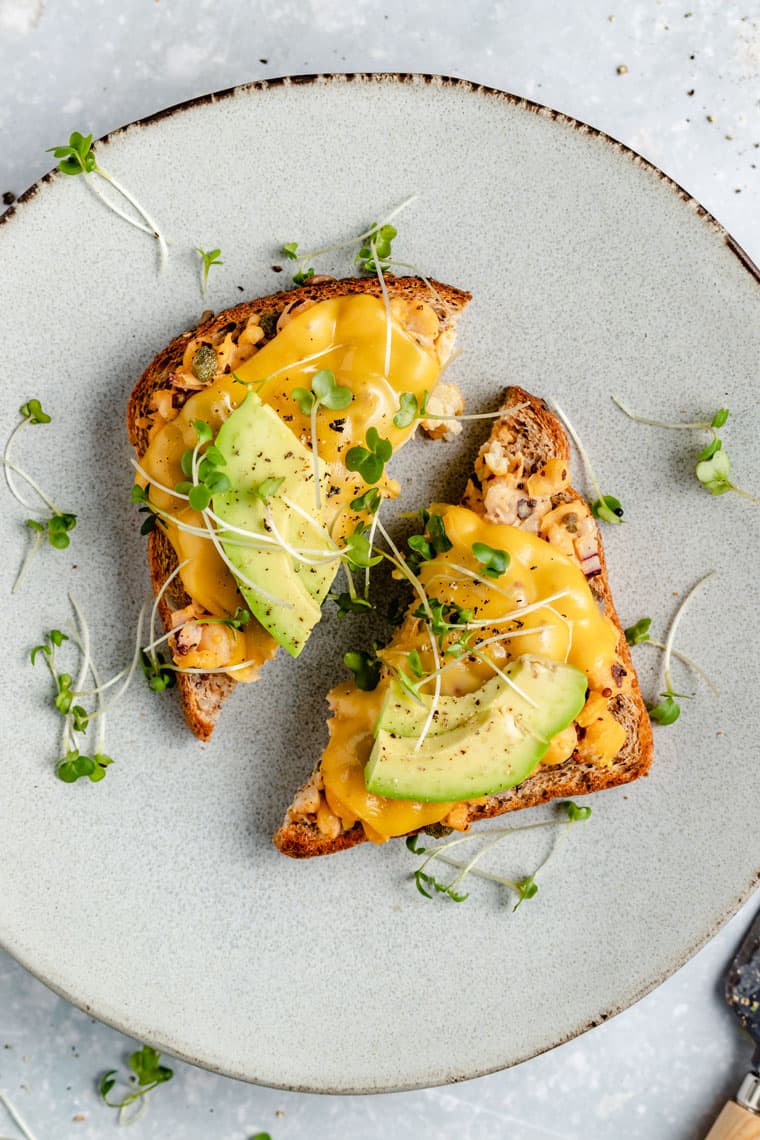 Storage Tips + How to Make Ahead

We mentioned this was an awesome vegan meal prep option, so if you do want to make it ahead, here's what you'll want to do:

I legit can't wait for you to make this recipe. It's so easy and seriously so good. I know I say that about all my recipes, but this one is *chef's kiss* delicious! 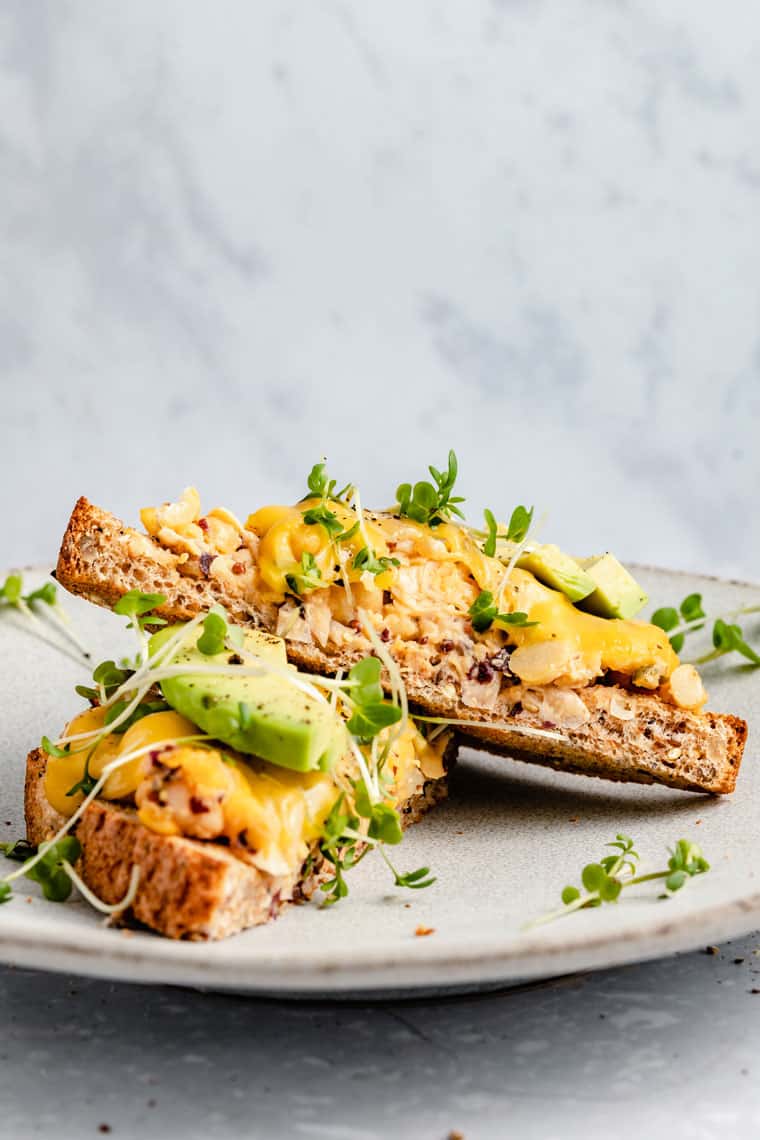 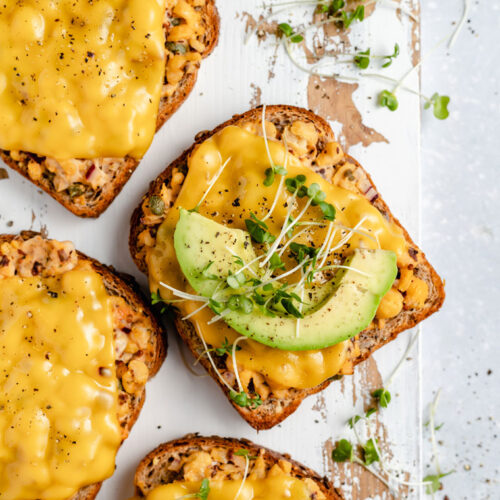