How to make a vegan almond flour pizza with just a few simple ingredients. This crispy gluten-free crust is easy to make, doesn't require any yeast and is delicious! 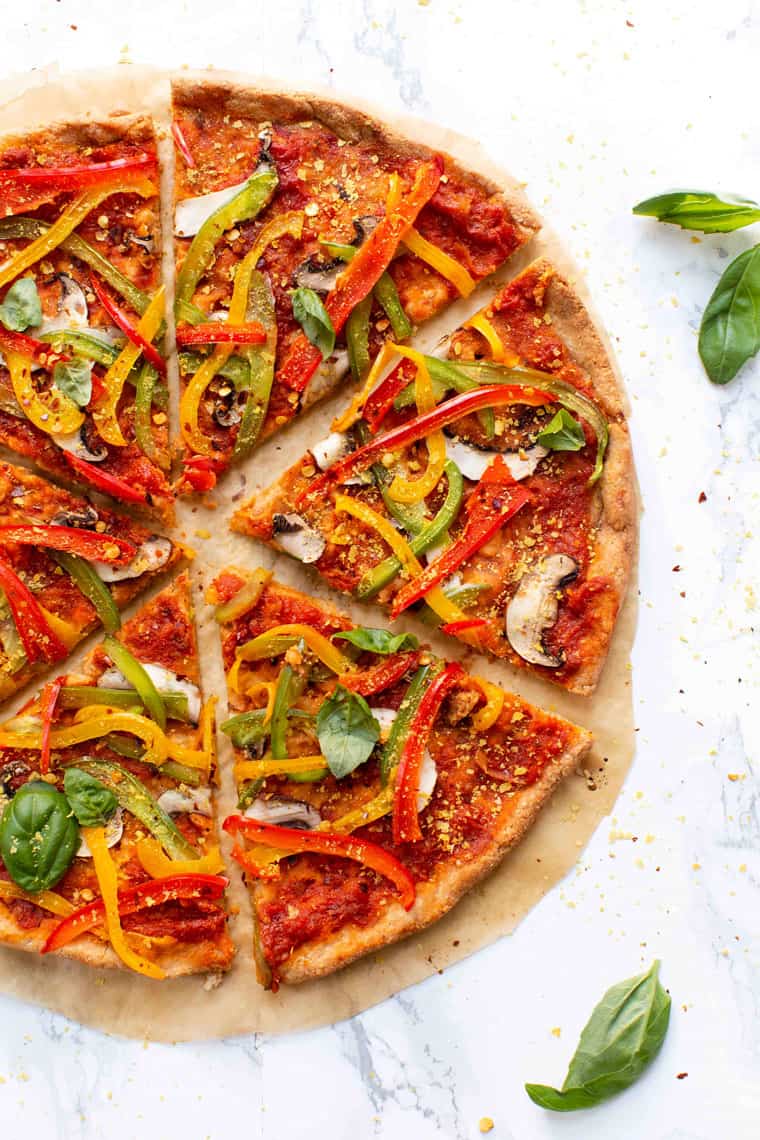 Pizza is def one of my favorite foods. I could eat it every single week and not get sick of it. And I personally think that homemade pizza is the best!

Typically I make my ultimate quinoa pizza crust recipe. It's a tried and true recipe that is just awesome. The only flaw? It requires soaking your quinoa which frankly sometimes I just don't have the time to do. That's where this but when I don't have time to soak the quinoa, this almond flour pizza crust comes in handy!

It's quick, it's easy, it's got that crispy texture that I love and it has a really great flavor. Oh, and it's also vegan!

What You'll Need to Make This Vegan Pizza Crust

First things first, let's chat ingredients! Most almond flour crusts that I found online used eggs as the binder. But since I know a lot of my readers are egg-free, I wanted to create a recipe that was as versatile as possible.

When mixed with water, psyllium husk powder turns into this super gelatinous substance which can act quite similar to eggs in terms of binding. It helps hold all the ingredients together and is also giving you a little fiber boost as an added bonus.

It's the perfect egg substitute in this recipe because we don't need the crust to rise at all. If you're doing some vegan baking and need the baked good to rise or be fluffy (i.e. muffins, pancakes, bread, etc.), use my vegan egg substitute guide instead of psyllium!

In addition to the psyllium we just need a few other simple ingredients: 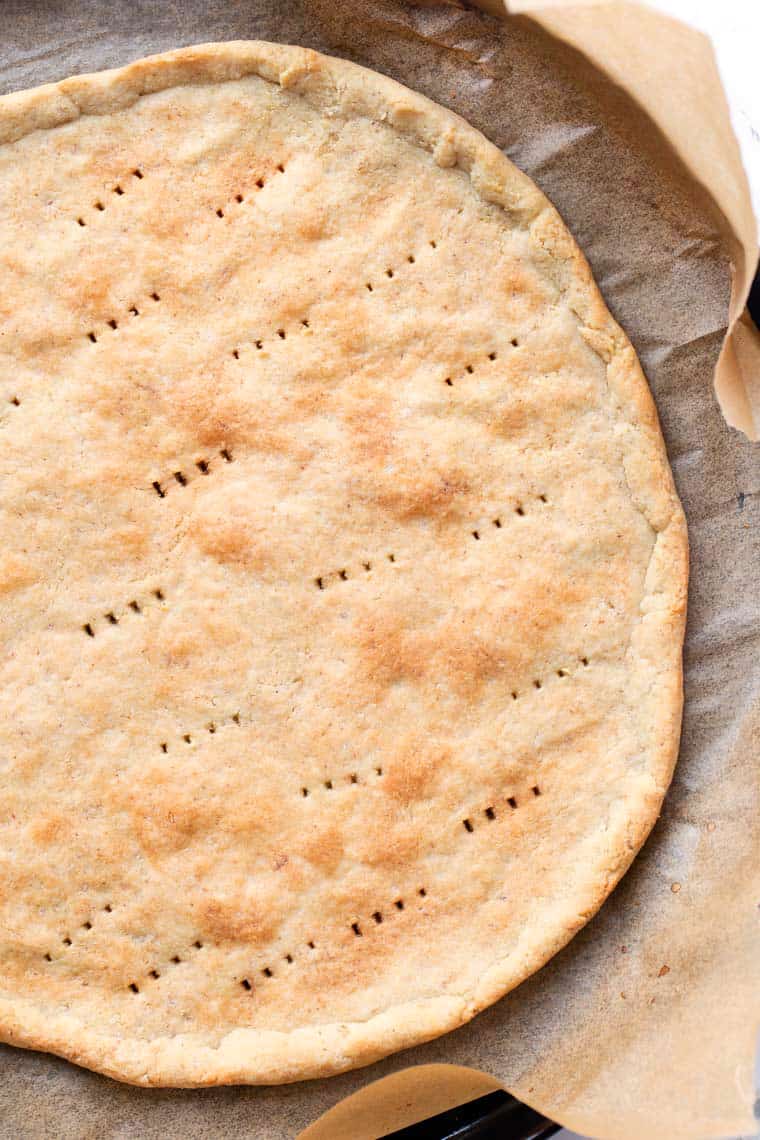 The Easiest Gluten-Free Pizza Ever

I've claimed before that my quinoa pizza was the easiest gluten-free pizza crust ever, but I'm changing my tune with this one! This vegan almond flour pizza crust is legit so easy.

And it tastes absolutely delicious! It's crispy, it holds onto toppings and it's got this really lovely, almond buttery flavor from the blend of almond flour and olive oil. This is definitely going to become my go-to weeknight pizza! 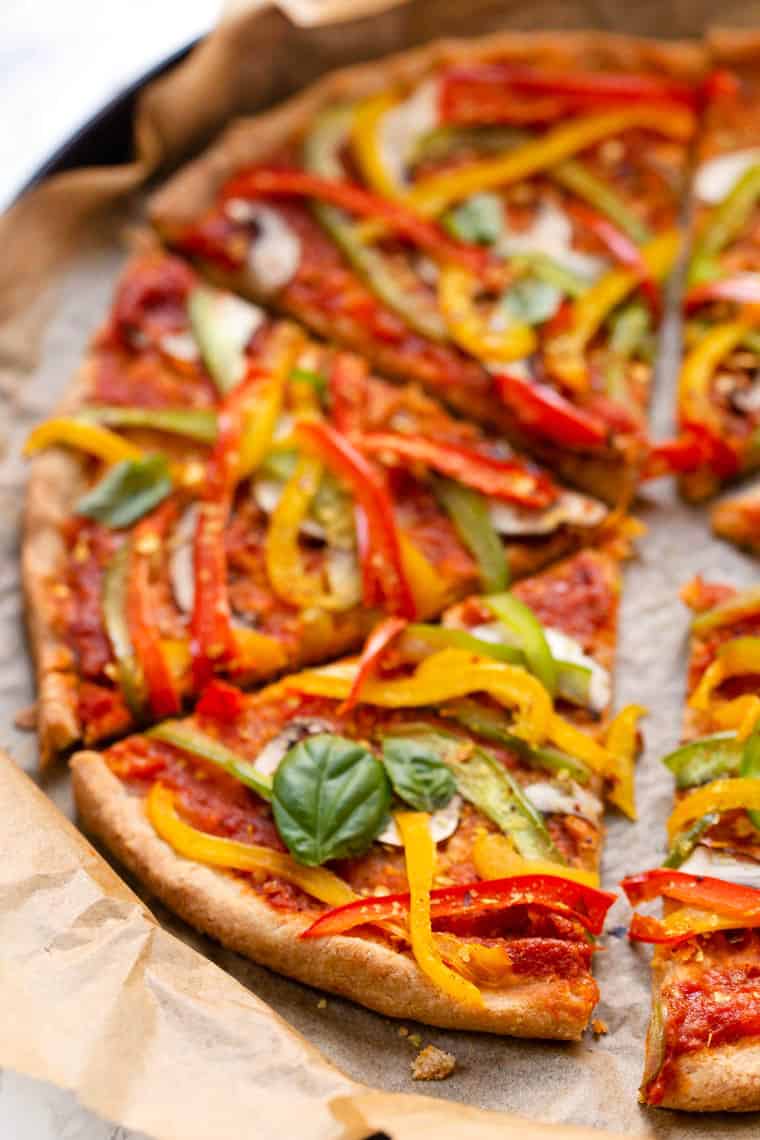 How to make the Ultimate Vegan Pizza

As I mentioned, I wanted to make an almond flour crust that was not only gluten-free but also egg-free (i.e. vegan). Which means that we're also going to keep the toppings vegan!

When it comes to making a vegan pizza, the options might feel a little limited. But actually, it's the exact opposite! You can make so many amazing recipes that don't use cheese. I shared a video on my YouTube channel today which includes three different ways to make it:

I've also put them in the recipe box below! 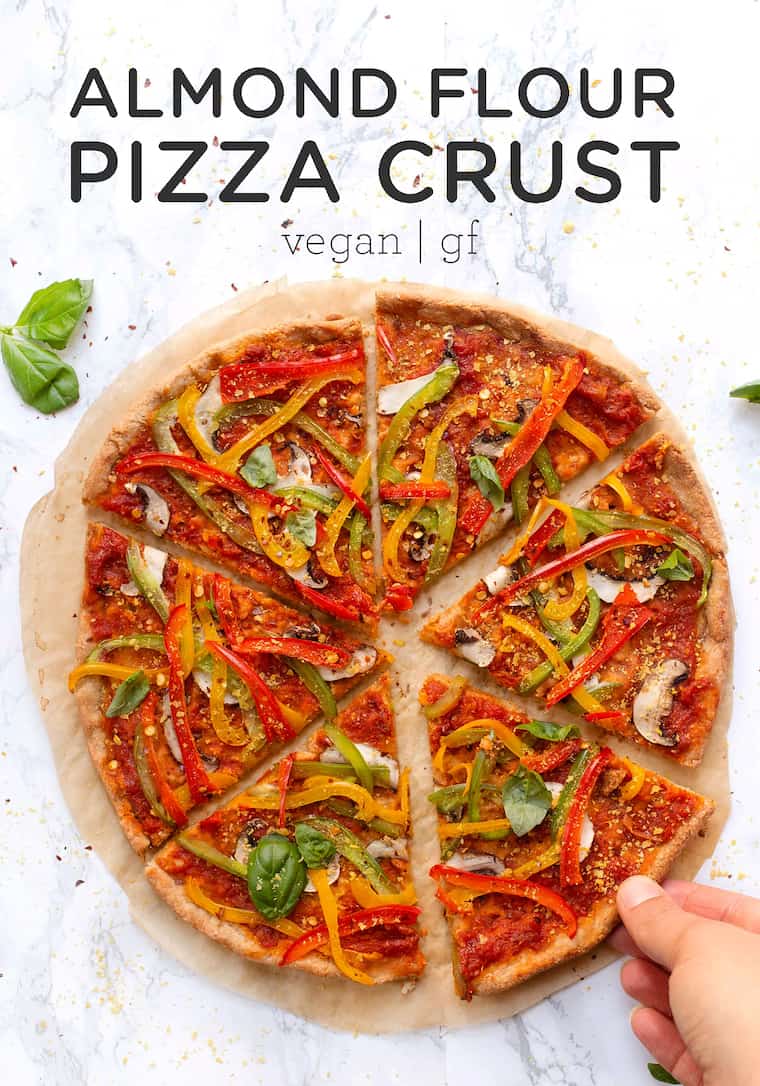 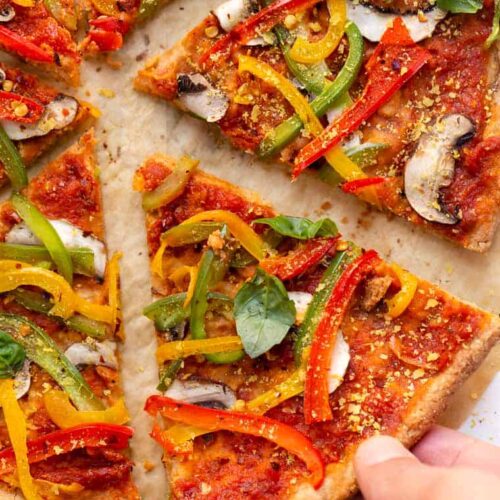 for the tomato pizza

for the pesto pizza:

for the butternut squash pizza

Nutrition is based on just the crust – doesn't include toppings.