An amazing meal prep recipe, this buffalo cauliflower quinoa casserole uses just 5 ingredients, is a cinch to make and tastes awesome! It's also gluten-free, vegan and full of protein! 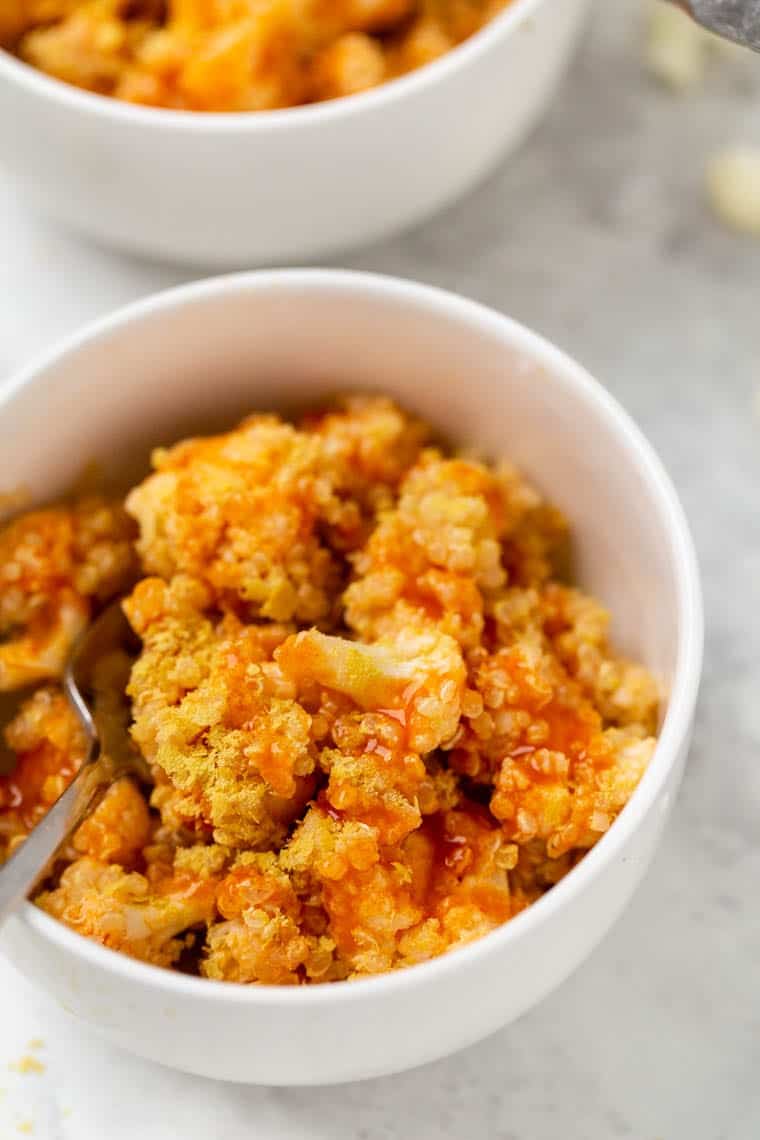 I recently took a poll on Instagram about what types of recipes you all wanted to see more of and it was overwhelmingly two things: quick and easy dinners and healthy office lunch ideas. So…that's exactly what I'm going to try and give you this year!

We're kicking things off with this super simple quinoa casserole recipe. It uses just 5 ingredients, is vegan and gluten-free and it's got a nice little kick thanks to the buffalo sauce. It's one of those recipes that can also be used for meal prep and enjoyed all week long! 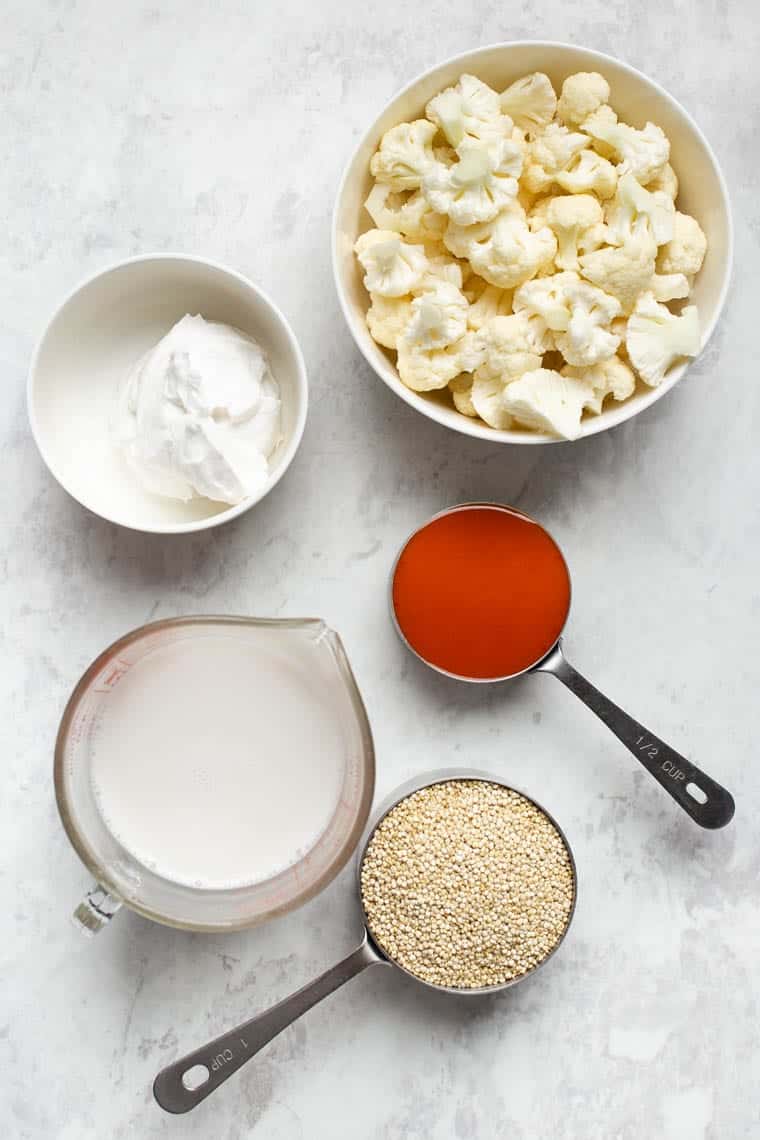 What You Need to Make This Quinoa Casserole

To me, easy recipes involve simple ingredients. And this one uses just five: 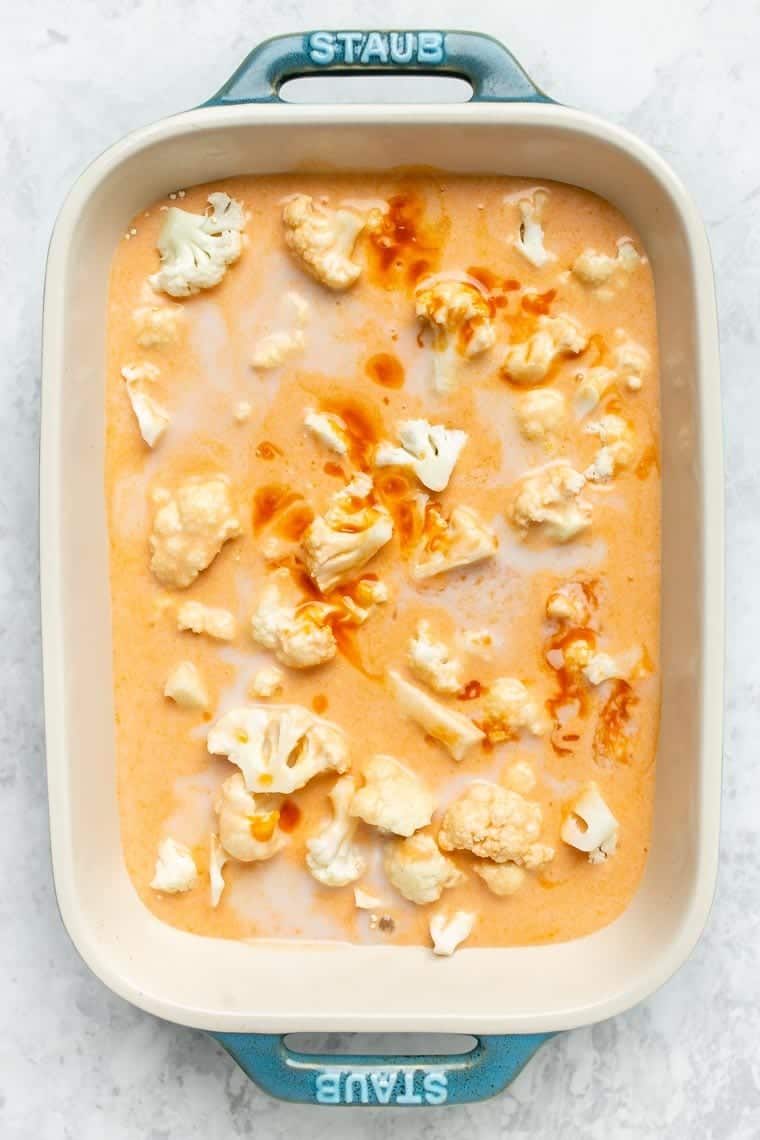 The Secret to a Good Quinoa Bake

I want to be sure that when you are making this recipe that it works well no matter what swaps you make. So there are a few things to keep in mind when you're making a quinoa bake or quinoa casserole.

And when in doubt, top it with some vegan cheese! You won't see that on this recipe because I wanted to keep it at 5 ingredients, but it definitely adds an extra flare. 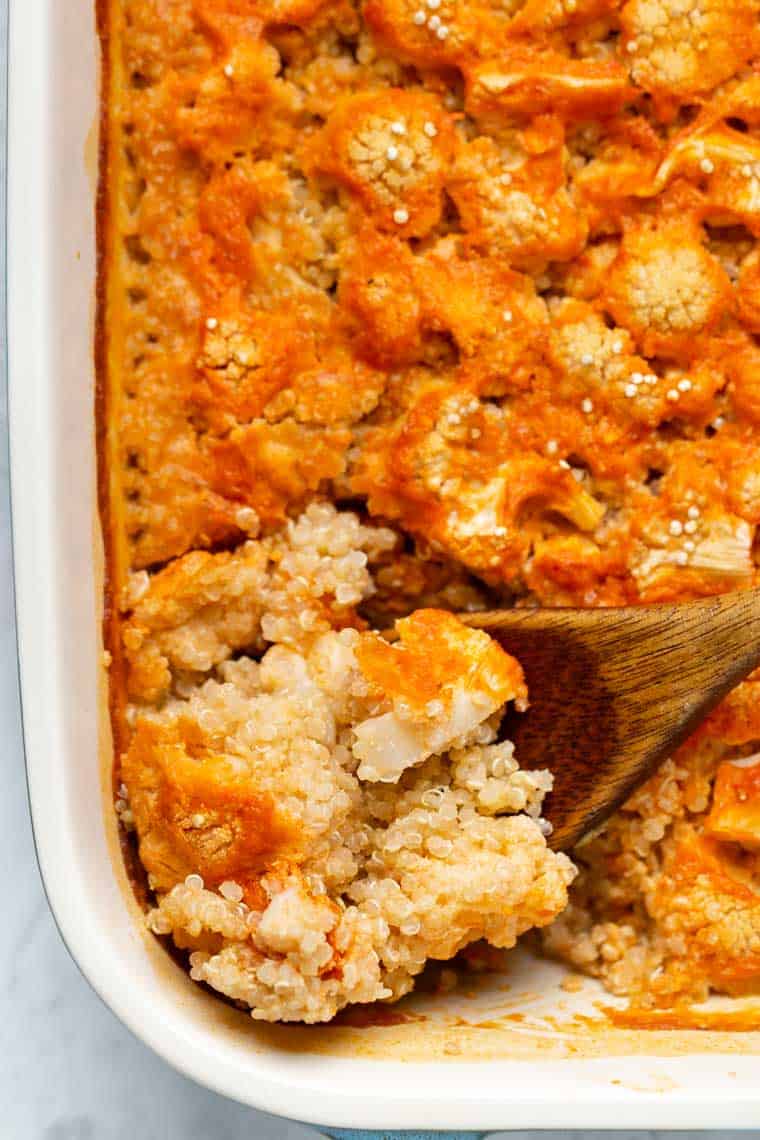 How to Store Quinoa Casserole

The best way to store this quinoa casserole is in the fridge, but I think it could also be frozen.

If you're using this recipe for meal prep, then I'd say just keep the whole casserole dish in the fridge and scoop out your individual portions as needed. It should last at least 4 – 5 days in your fridge.

To reheat it, simple pop it in the microwave for 45 seconds or heat it in the oven/toaster oven on 300ºF for about 15 minutes. You'll want to keep it covered if you're using the oven though as it can dry out!

Can Casseroles be Made Ahead?

Yes, casseroles can totally be made ahead and this quinoa casserole is no exception. You can either prep everything the night before/in the morning and bake it later that day OR you can bake the whole thing and reheat it when you're ready to serve it. If you do reheat, just add a piece of foil on top so it doesn't dry out.

Substitution Ideas for This Casserole

Last but not least, if any of these ingredients don't work for you, I want to share some ideas for making swaps:

And that pretty much does it! Can't wait to hear what you think of this easy dinner recipe and I hope it makes its way into your rotation. Happy casserole eating! 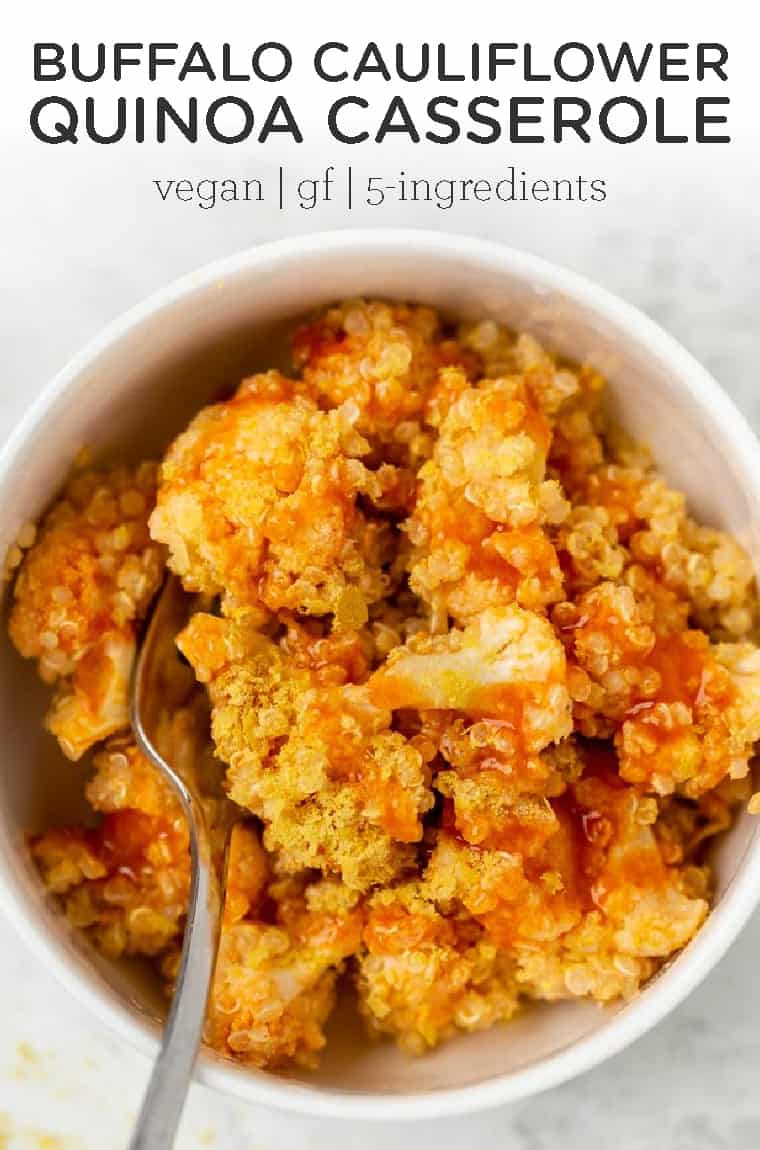 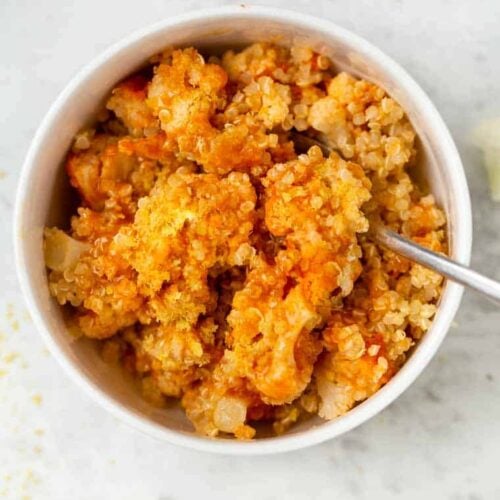 * this recipe can also be baked in a square 9x9 pan. ** nutritional values are calculated without the cheese topping.