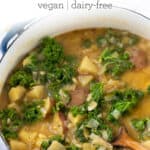 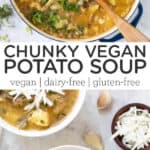 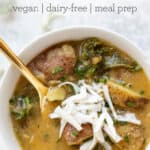 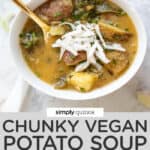 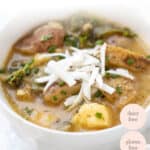 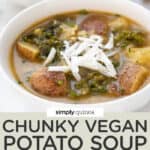 This chunky vegan potato soup is so delicious! It's full of flavor from garlic and leeks, is easy to make and has the best chunky texture. My favorite potato soup yet! 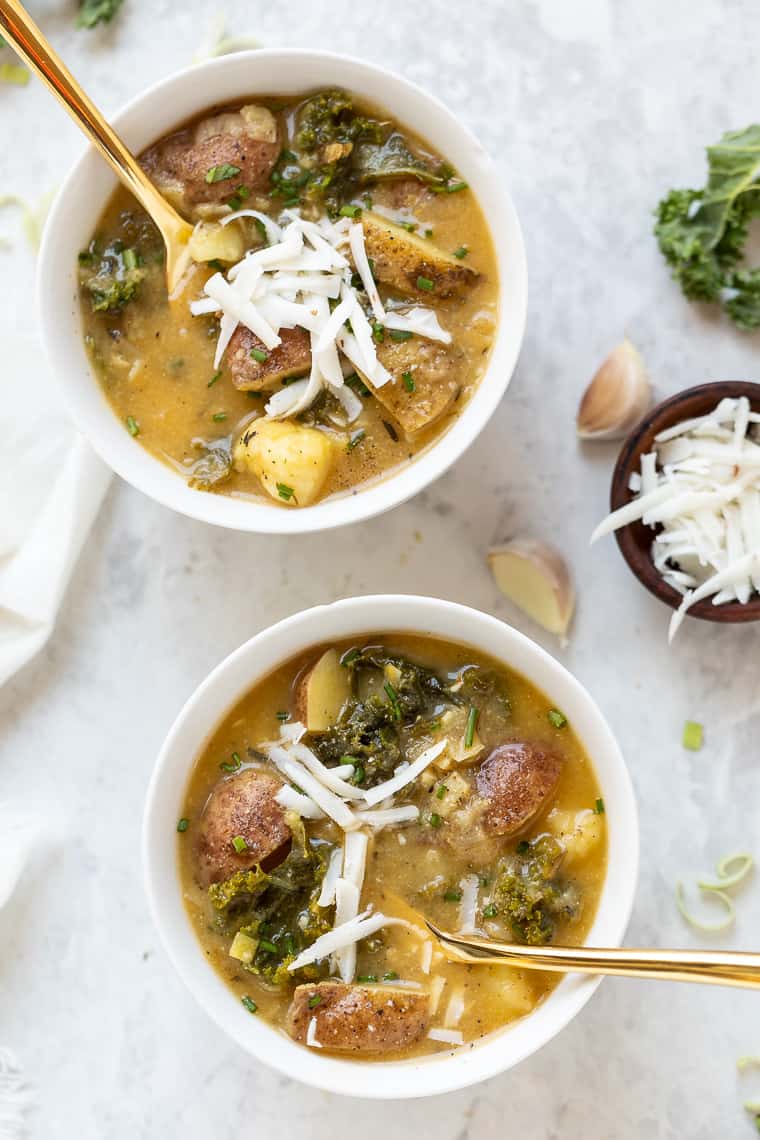 But almost never does it meet in the middle.

Until now. This vegan potato soup is our compromise. It's got a creamy broth base, creamy potatoes, but it's still chunky. We've made it countless times already this Fall and it's a winner every single time! 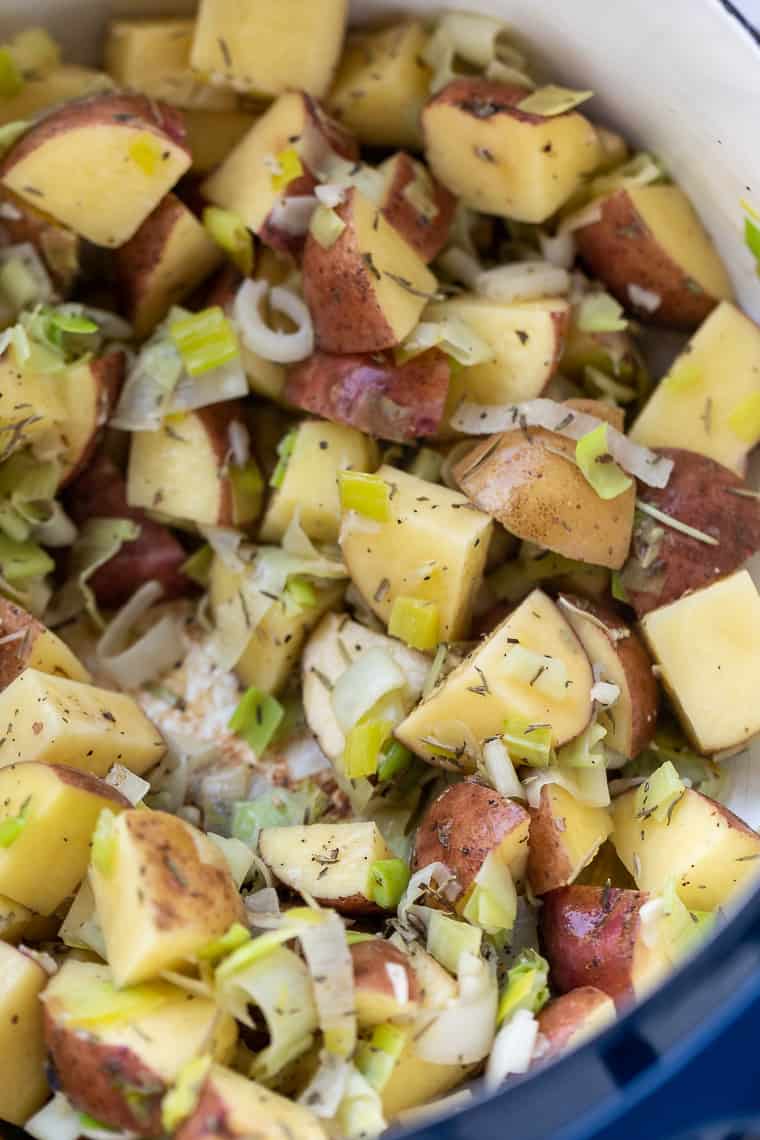 What You Need to Make This Recipe

There's nothing special about the ingredient list. It's short and sweet. But it packs a punch in the flavor department!

And then I finish it off with some salt and pepper. That's all you need and it's honestly SO good! 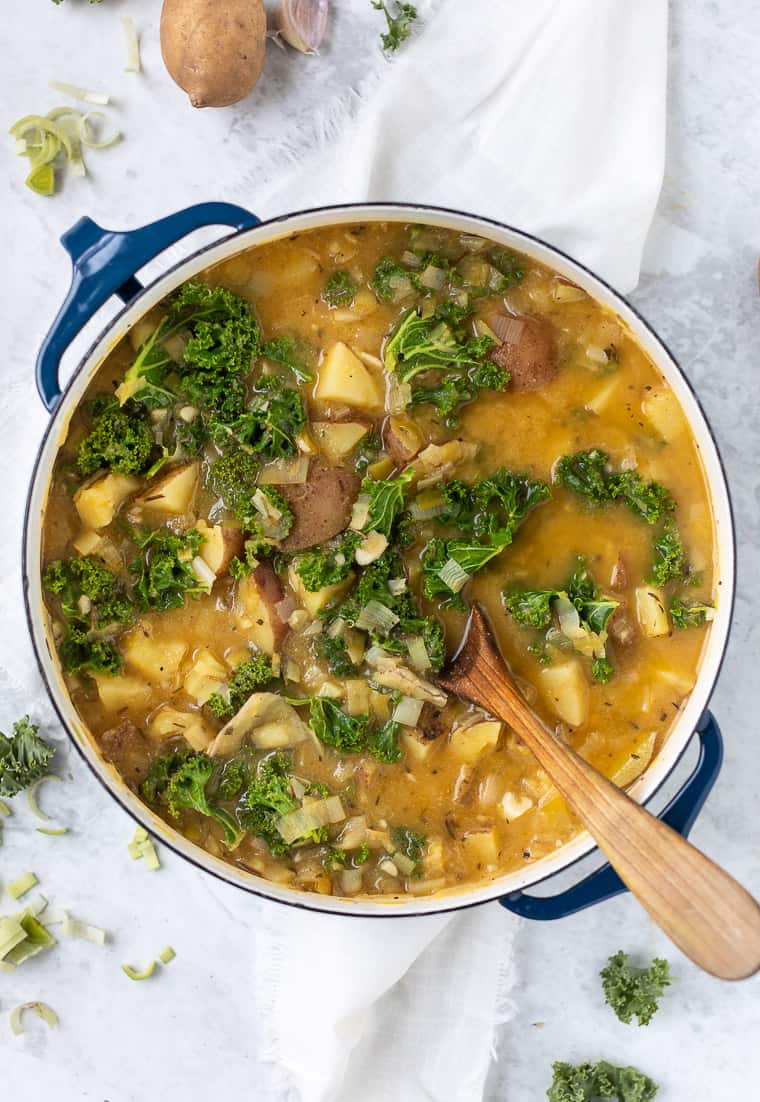 How to Make Vegan Potato Soup

In addition to the short ingredient list, this soup is also crazy simple to make. The hardest task? Slice the potatoes and leeks!

First, we need to prep the veggies. You'll mince the garlic and set that aside. Next are the leeks. Cut both ends off the leeks and then slice them in half, lengthwise. Clean them under cold water, making sure to wash between the layers. Leeks can get pretty dirty, so give them a good scrub. Then thinly slice them. And finally, chop the potatoes into bite-sized pieces.

The second step is to saute everything. I do the garlic and leeks first and once those are softened, I add the potatoes and seasonings. I give that a quick saute then add the broth.

Once you've got the broth in there, you're just going to let the soup simmer until the potatoes are softened. This can take anywhere from 20 – 30 minutes depending on the size of your potatoes. Cook them until they are fork-tender and then stir in the nutritional yeast and kale.

And lastly, serve it up! I like to do a sprinkle of vegan cheese on top, but it's also delicious with some hot sauce or even just as is! 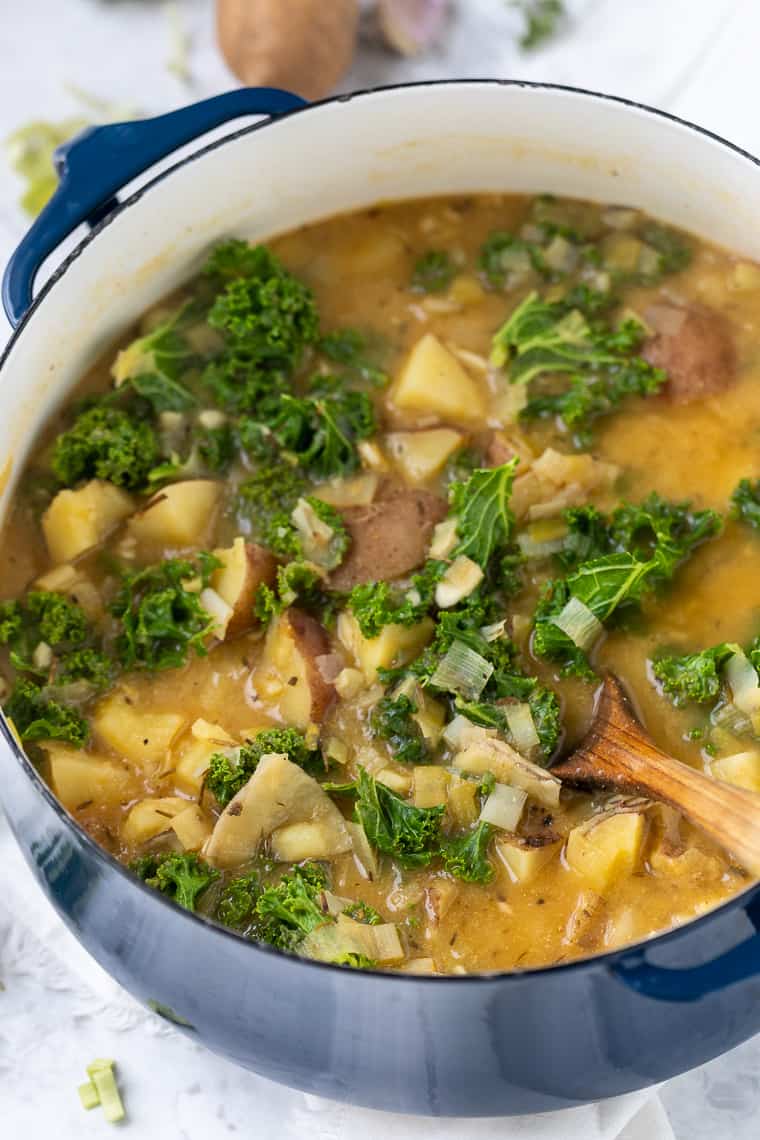 What to Serve with Potato Soup

I think potato soup can stand pretty well on its own, but since it doesn't have protein, I sometimes like to serve it as a side. Because of the potatoes, I don't honestly think it needs bread. If I wanted a protein, I might do it with some:

or maybe even a vegan burger!

Can you Freeze Soup?

Potota soup – and most other soups – can totally be frozen. Allow it to cool fully before you seal the lid and pop in the freezer. For thawing, I like to let it thaw most of the way at room temperature and then finish on the stovetop.

Regardless of your soup consistency preference, you are going to love this soup! It's…

And if you're still not convinced to try team chunky, then you'll love my creamy vegan potato leek soup recipe! 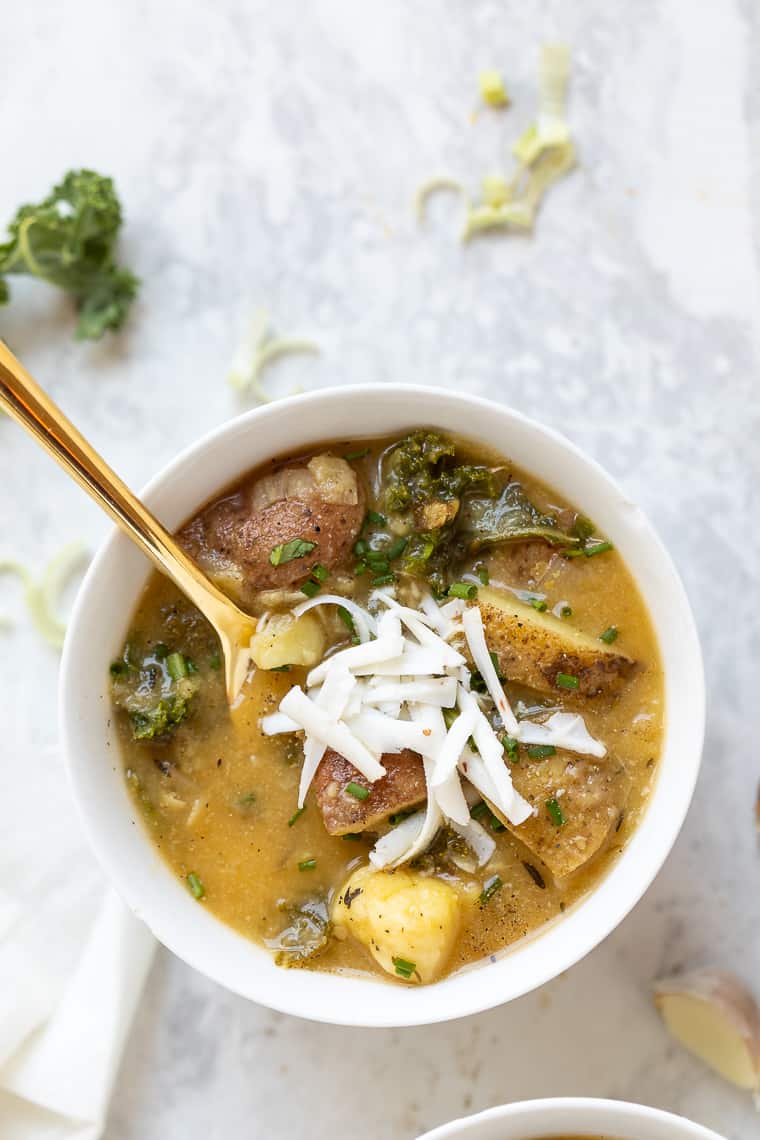 This chunky vegan potato soup is so delicious! It's full of flavor from garlic and leeks, is easy to make and has the best chunky texture. My favorite potato soup yet!
Prep Time 10 minutes
Cook Time 30 minutes
Total Time 40 minutes
Servings 6 servings
Calories 218kcal
Print Pin 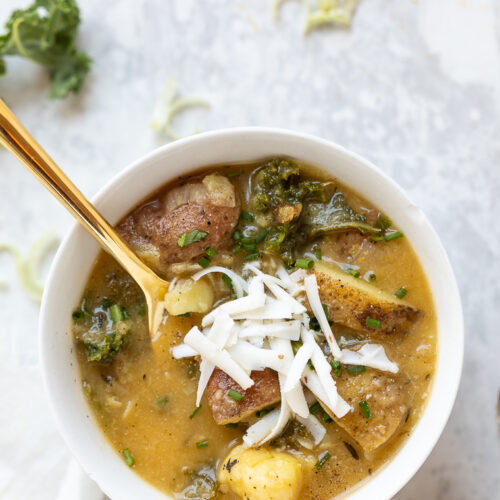