This White Bean and Mushroom Soup is made in one pot, can be ready in as little as 30 minutes, and tastes amazing! Naturally vegan and allergy-friendly! 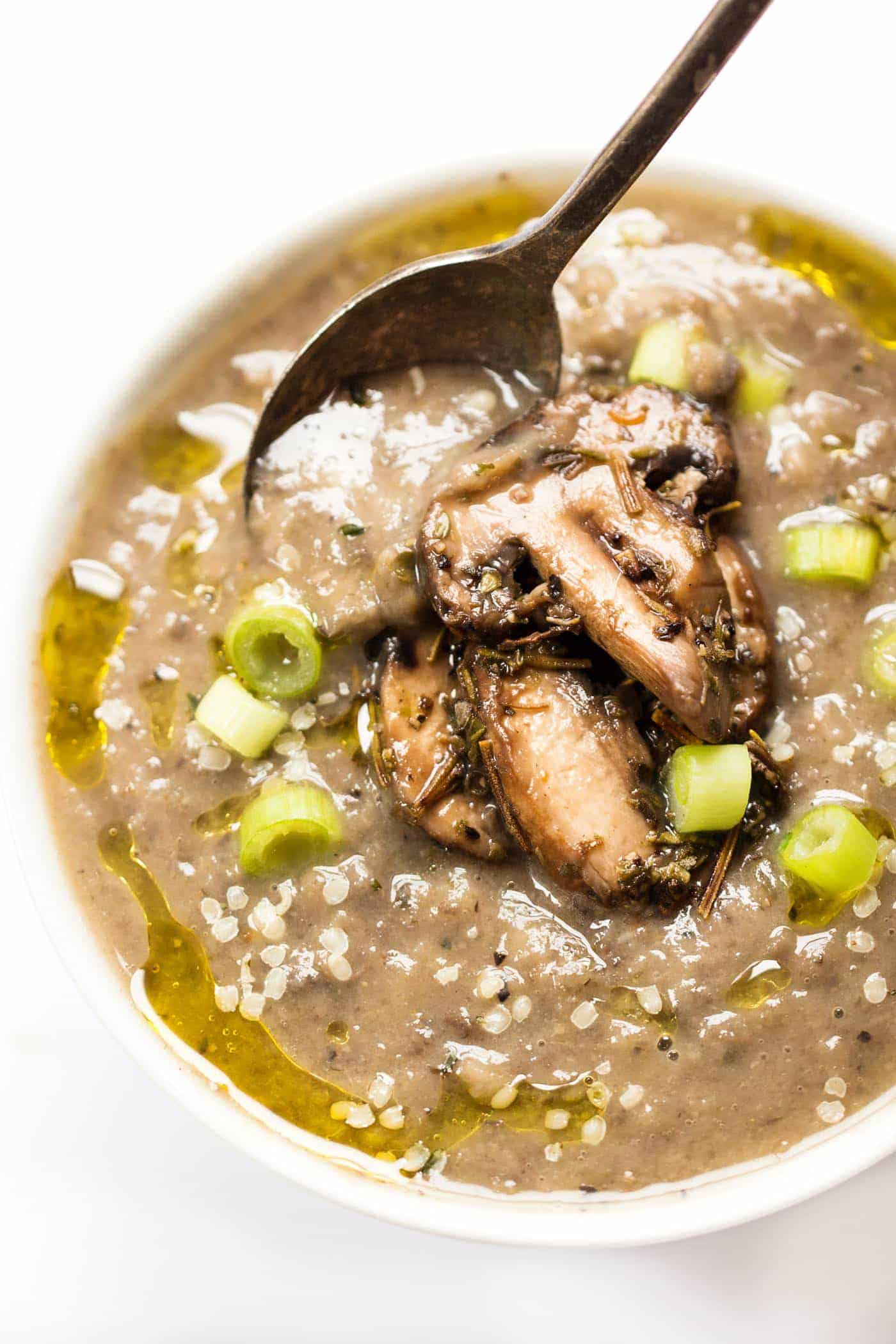 I'm pulling another recipe from the archives today and giving it a much-needed makeover.

It's the first day of February and so far we haven't really had a bad winter. We've had a little snow, lots of sun and the temperatures have been bearable. But just like I do every year, I realize that the worst month of all, weather-wise at least, is February. The temperatures tend to plummet. And we'll have days where being outside will literally steal your breath.

Which is precisely why I felt like this White Bean and Mushroom Soup was in order. It's warm, cozy and totally comforting. Just the type of meal you need in the dead of winter. 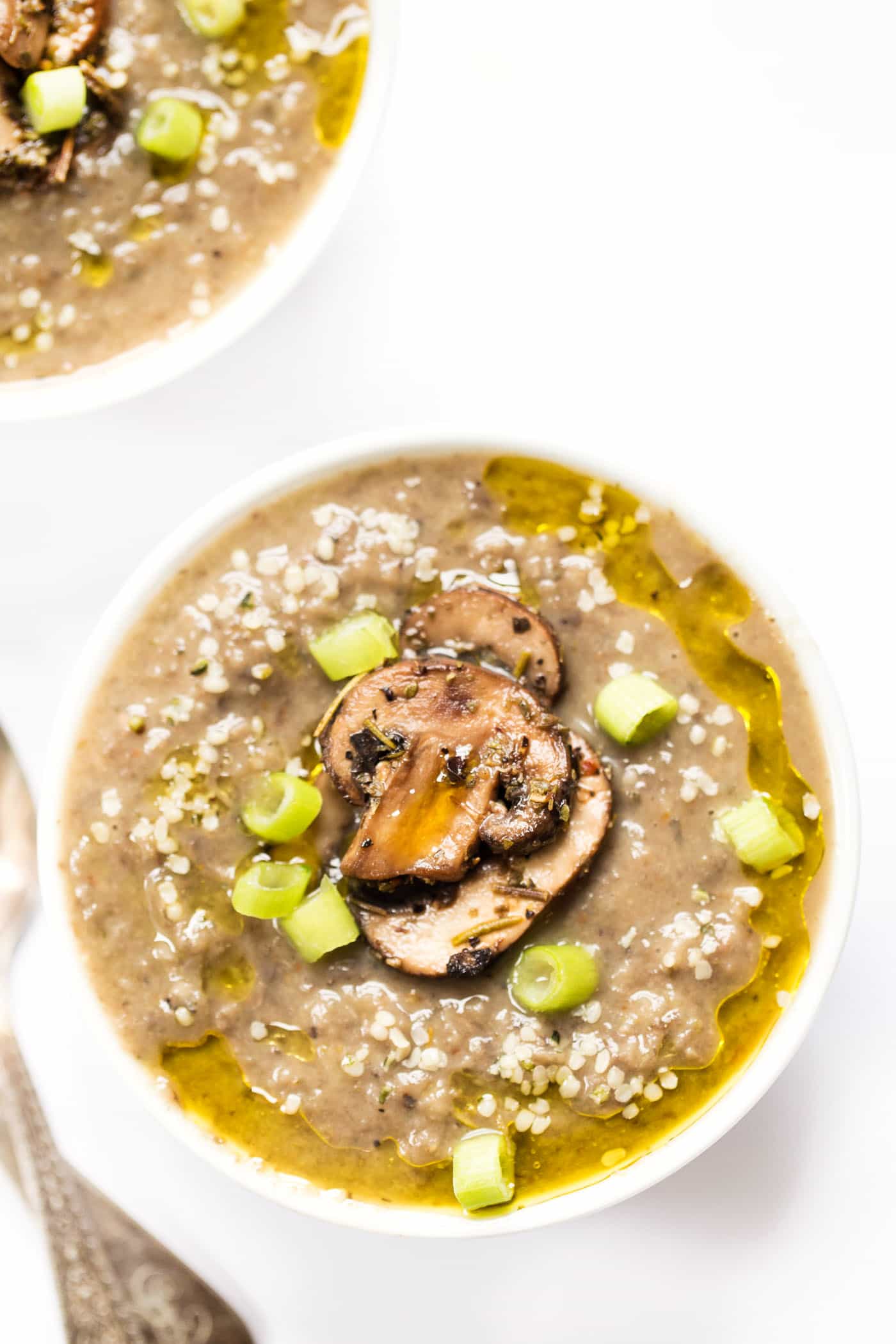 I created this soup while I was doing the Clean Program about six years ago now and it's still one of my go-to's. It's not only very easy to make, but it's healthy, protein-packed and free from all the top allergens. It's my final day of the

The Clean Program, if you aren't familiar with it, it's a 21-day cleanse where you remove a ton from your diet (including things like bananas, strawberries, nightshades, etc.). You have two liquid meals a day, morning and night, and a hearty, solid-food meal during the day. It's my final day of the

The program wasn't as hard as I thought it was going to be (and honestly I've thought about doing it again), but it's definitely an adjustment. Luckily, with meals like this white bean & mushroom soup, it was a heck of a lot easier. This soup was one of the meals I made over and over again! 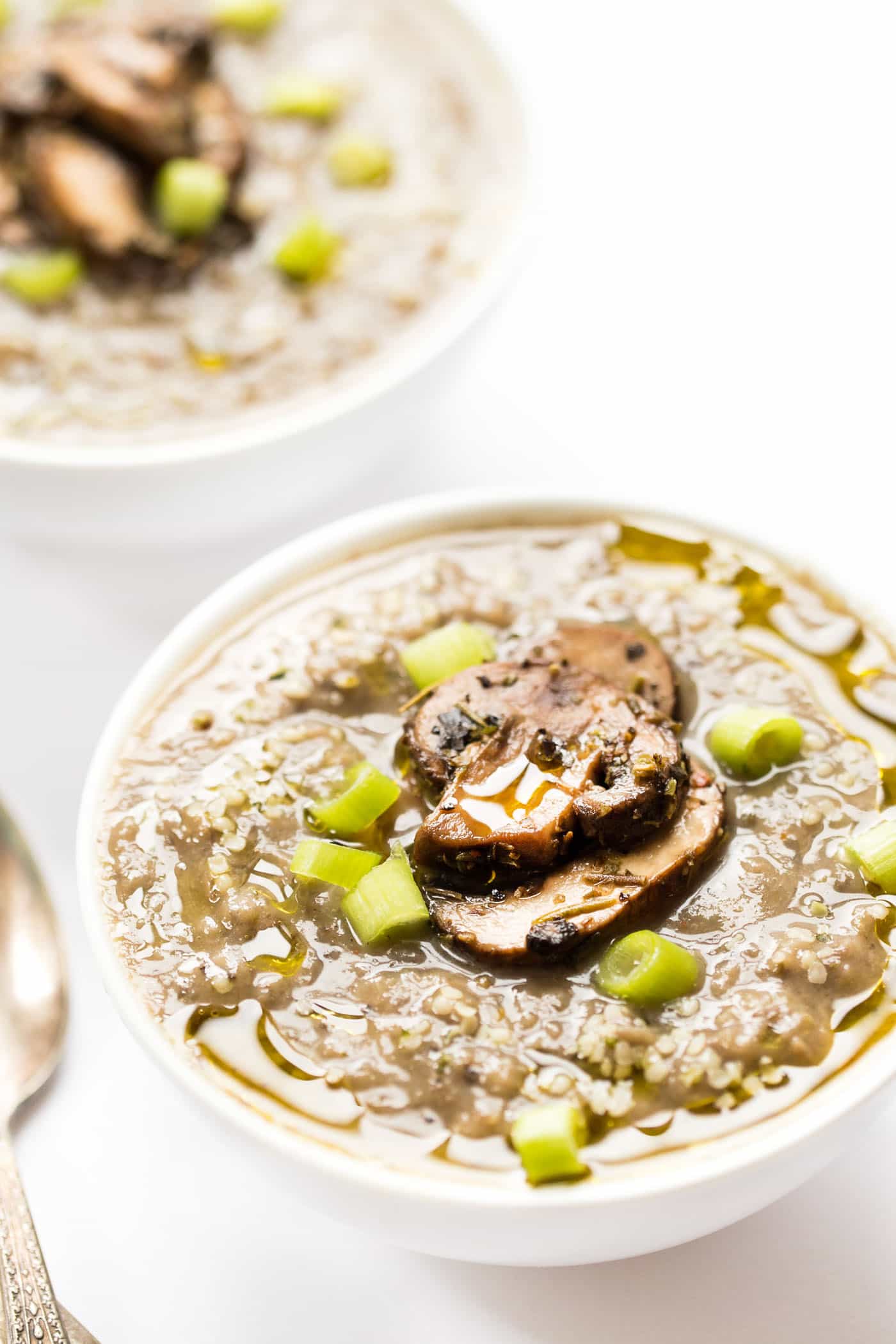 This soup is made in one pot, can be ready in as little as 30 minutes, and tastes amazing!

I'm usually a fan of pureed soups (lately I've been loving my Turmeric Cauliflower Soup), but this time I actually chose to just pulse the ingredients together and the texture ended up being perfect. A little chunky, which made it feel even heartier, but still easy on your digestive system.

And bonus: it also makes awesome leftovers! I had this for lunch like three days last week with a side of avocado toast (on my Quinoa Almond Flour Bread!) and it was heavenly. The perfect way to warm up and nourish my body. Hope you enjoy it! 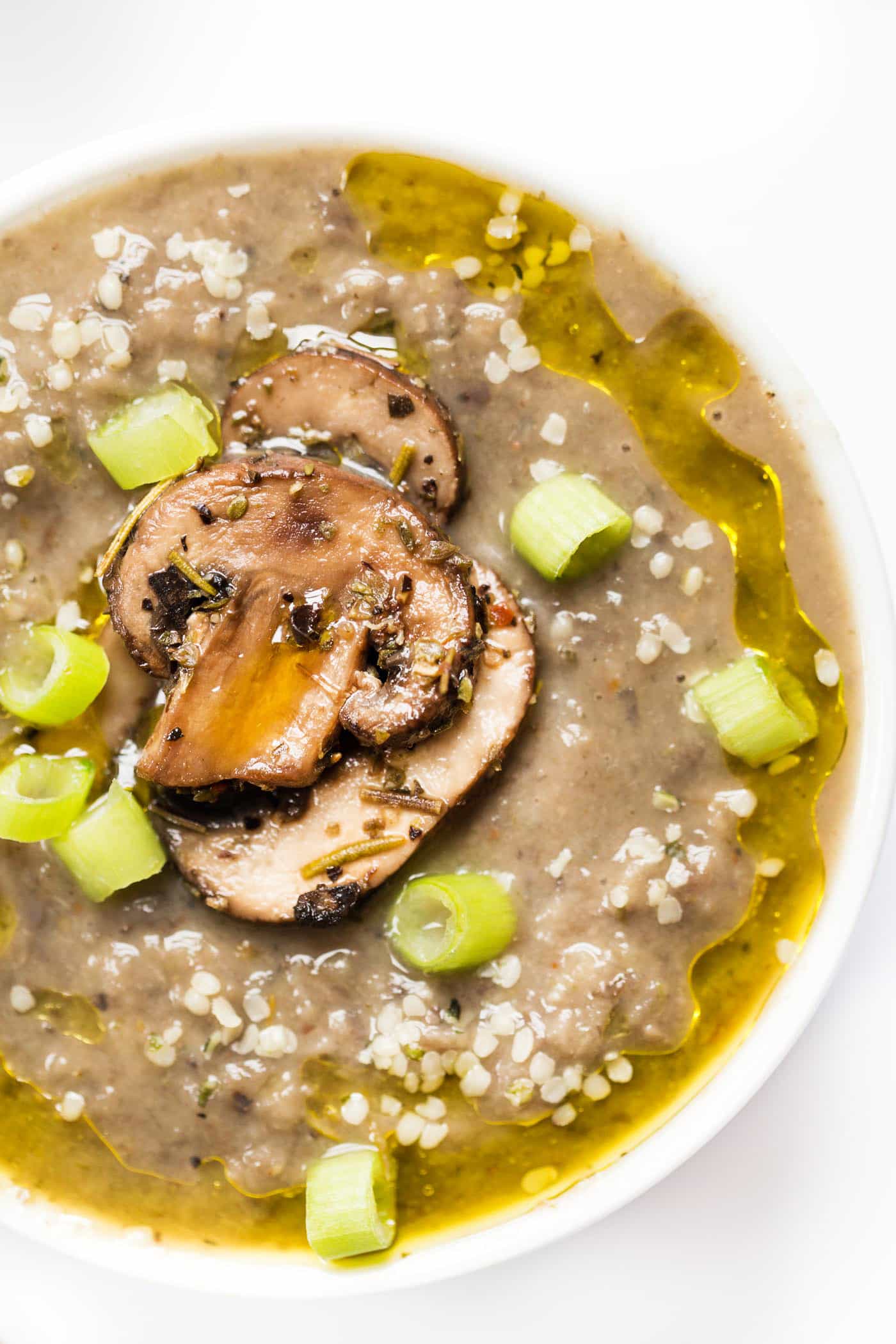 This soup is made in one pot, can be ready in as little as 30 minutes, and tastes amazing!
Prep Time 5 minutes
Cook Time 35 minutes
Total Time 40 minutes
Servings 4 Servings
Calories 197kcal
Author Alyssa Rimmer
Print Pin 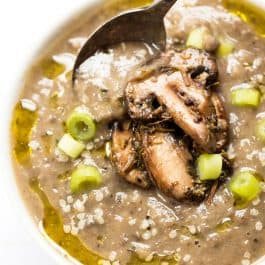