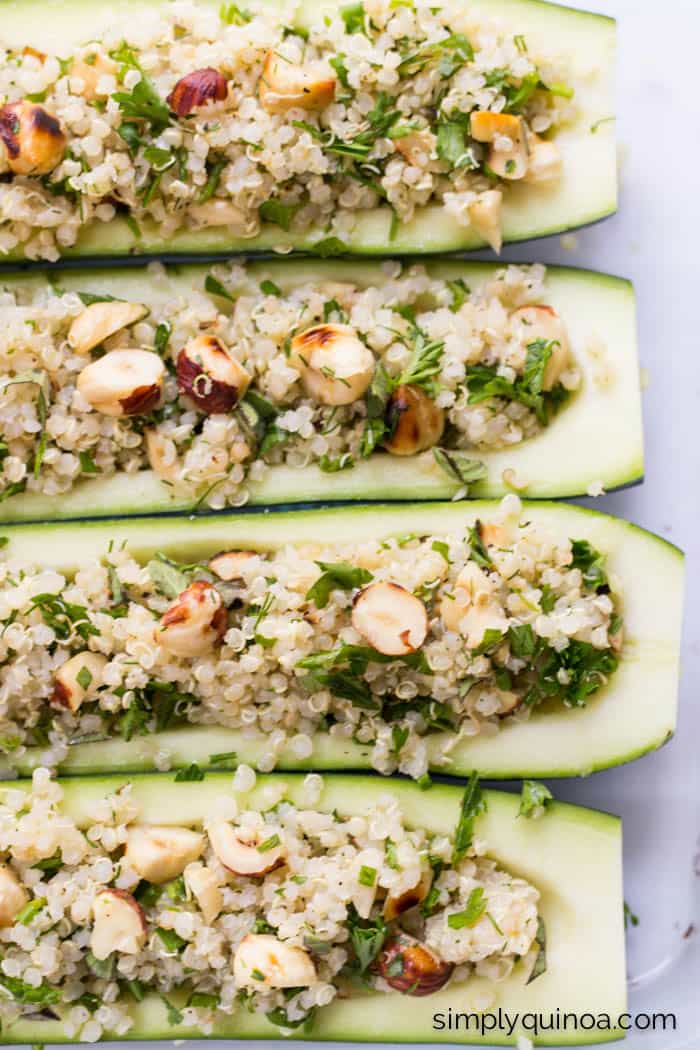 But since summer is almost over, this obsession will be short-lived. Pretty soon (as in probably next week), the pumpkin will become back into style. So, I thought I'd squeeze in one more zucchini recipe before we move into September.

And I couldn't be happier with this one. These quinoa stuffed zucchini boats are a super simple, super delicious, super healthy meal that encapsulates all the wonderfulness of summer into one dish. 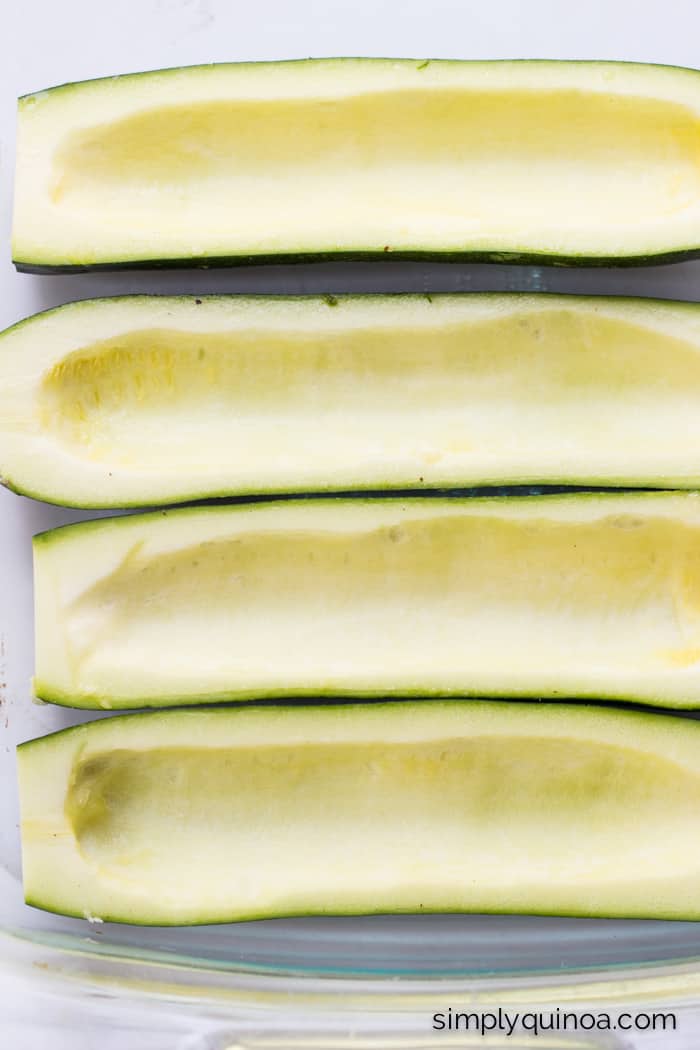 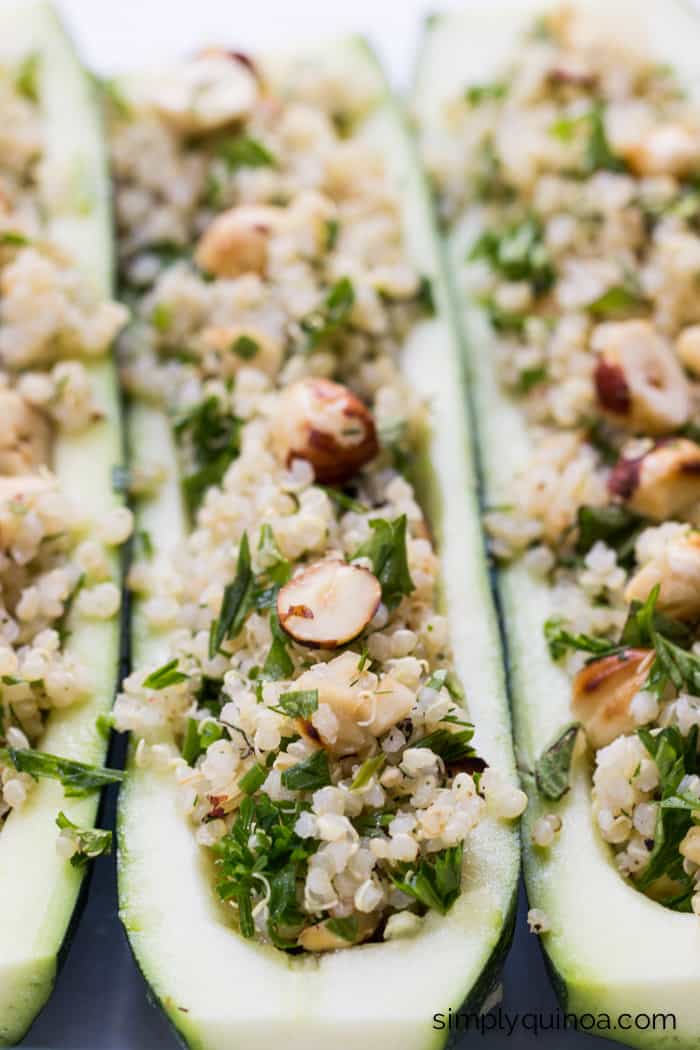 We start with the lemon herb quinoa that I shared with you last week, which has tons of fresh herbs, bright citrus flavors and roasted hazelnuts to round everything out. From there, it's as simple as scooping out the zucchini seeds, filling the little “boats” with the quinoa and baking them to perfection. 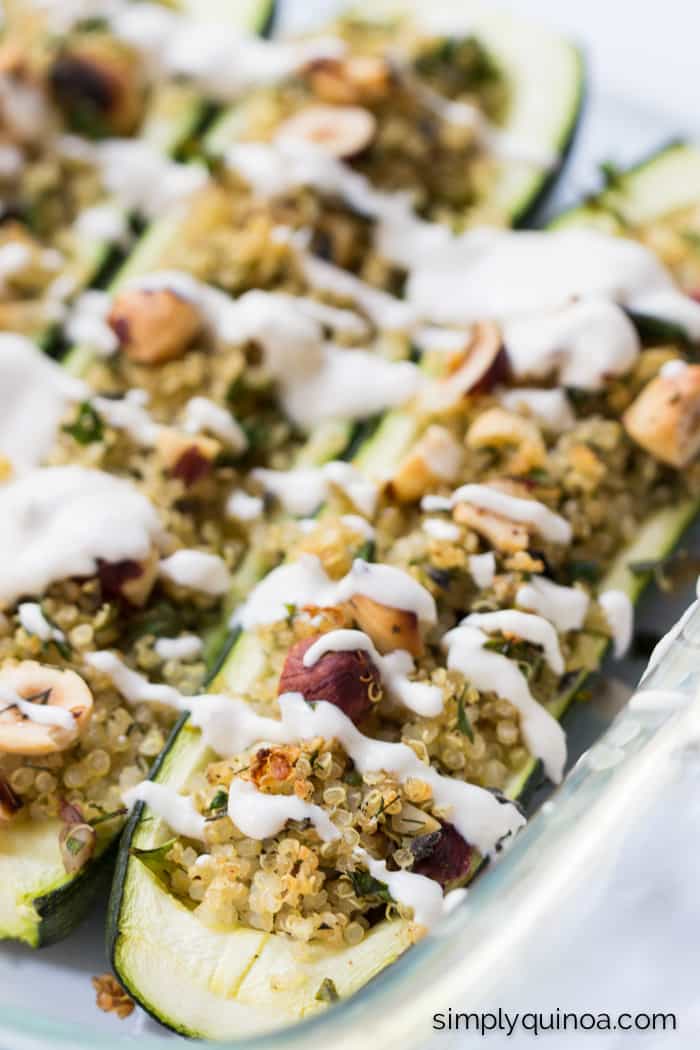 I opted for a quick lemon cashew cream sauce which I found on the Whole Foods site. It was thick, creamy and delicious and the lemon popped against the toasty quinoa flavors.

Oh, and since I used my herb quinoa salad, I skipped the chives since I felt like this salad already had enough going on. 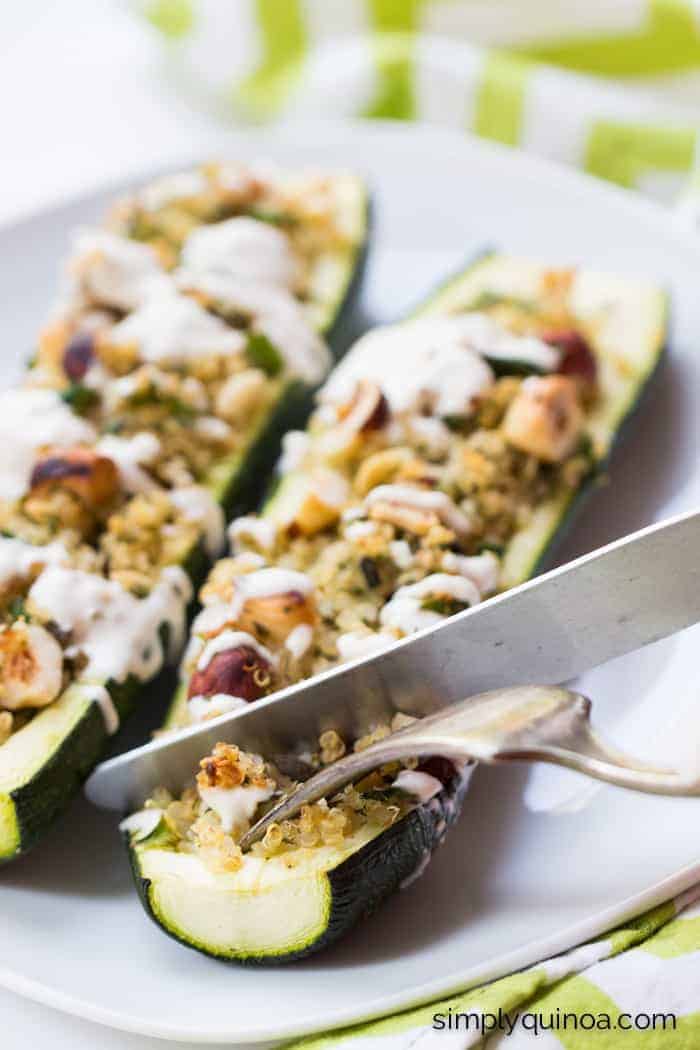 The trick to totally nailing this dish is to not overcook the zucchini. You want it to be soft without getting mushy. For me, that meant baking for about 20 minutes – the zucchini still had a little crunch to it and held up nicely when you sliced into it.

As I'm looking at the photos as I'm typing up this post, I'm realizing this might have been one of my favorite dishes of the summer. It's so great as a quick, weeknight option, can be adapted with what you have on hand and is surprisingly filling too. Light, flavorful and fun to make, we've really got it all here! 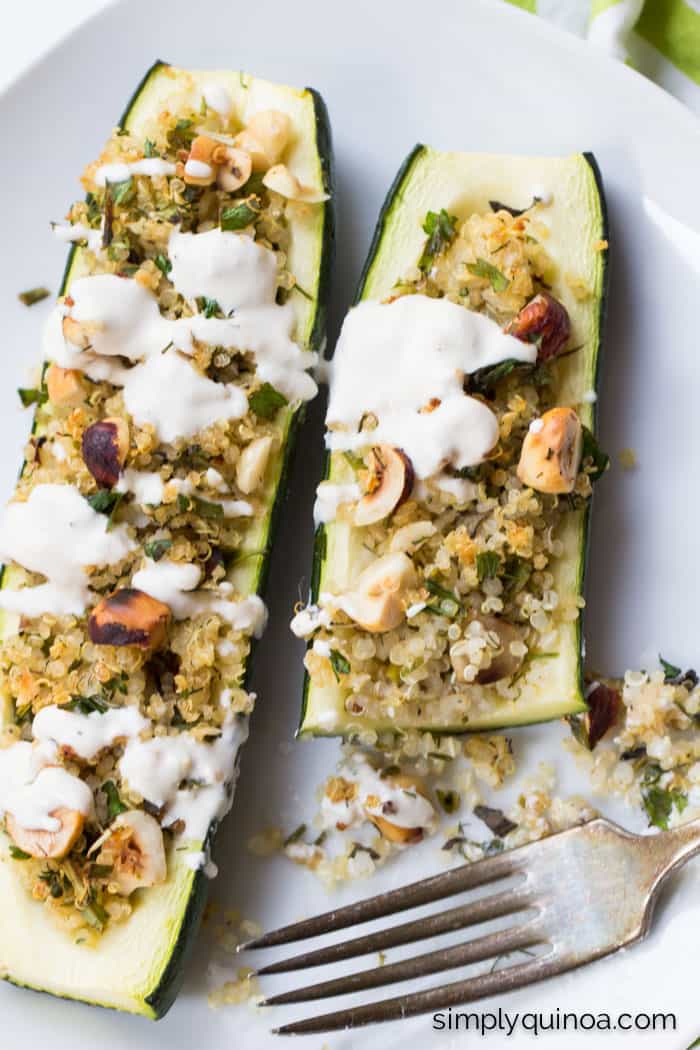 PS: if you make this recipe (or any others!) make sure to snap a pic and share it on Instagram using hashtag #SIMPLYQUINOA – I want to see your creations!

Other Healthy Zucchini Recipes To Try: 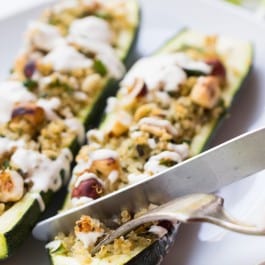