These quick and easy almond butter blondies are made with simple ingredients and are studded with dark chocolate chips. They're gluten-free and vegan too! 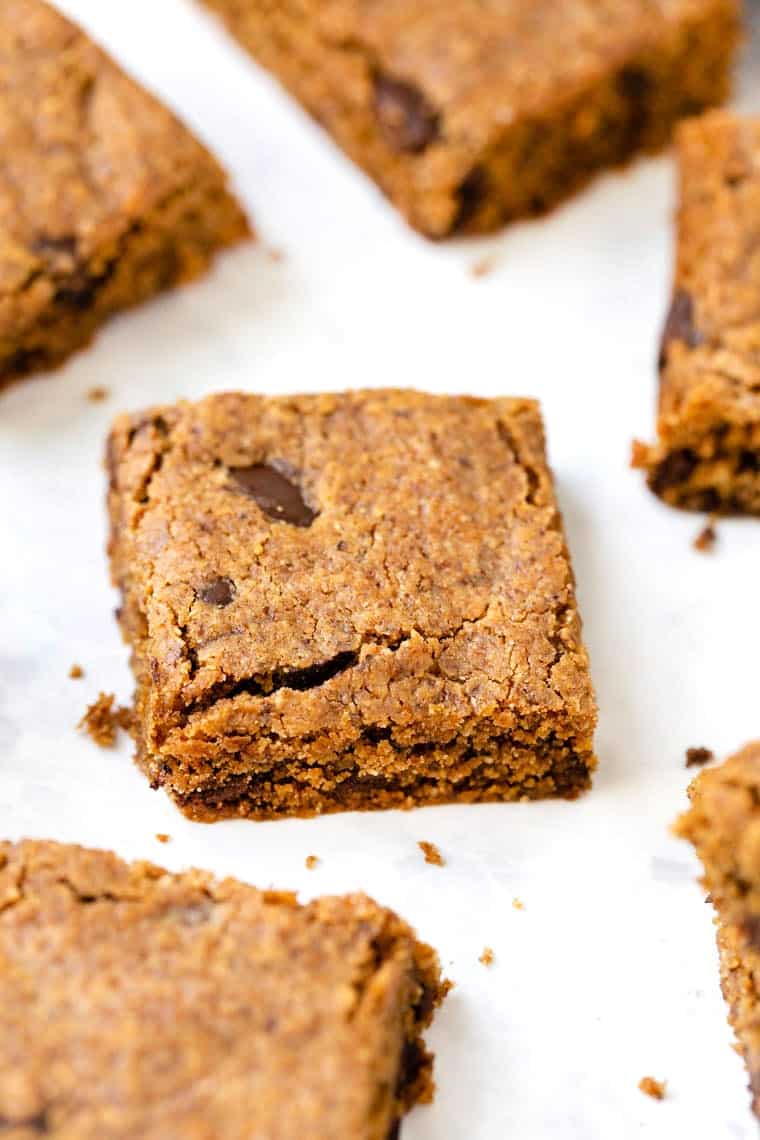 I’ve always been a brownie fan.

When I was little my dad used to make brownies from scratch and I would sit on the counter, watching him melt the chocolate and stir in the flour, knowing full well I’d be able to lick the beaters when he was done.

And while brownies pretty much always hit the spot, especially when my dad makes them, I recently found myself craving something different. Something with a teeny less chocolate, but still moist, decadent and gooey. 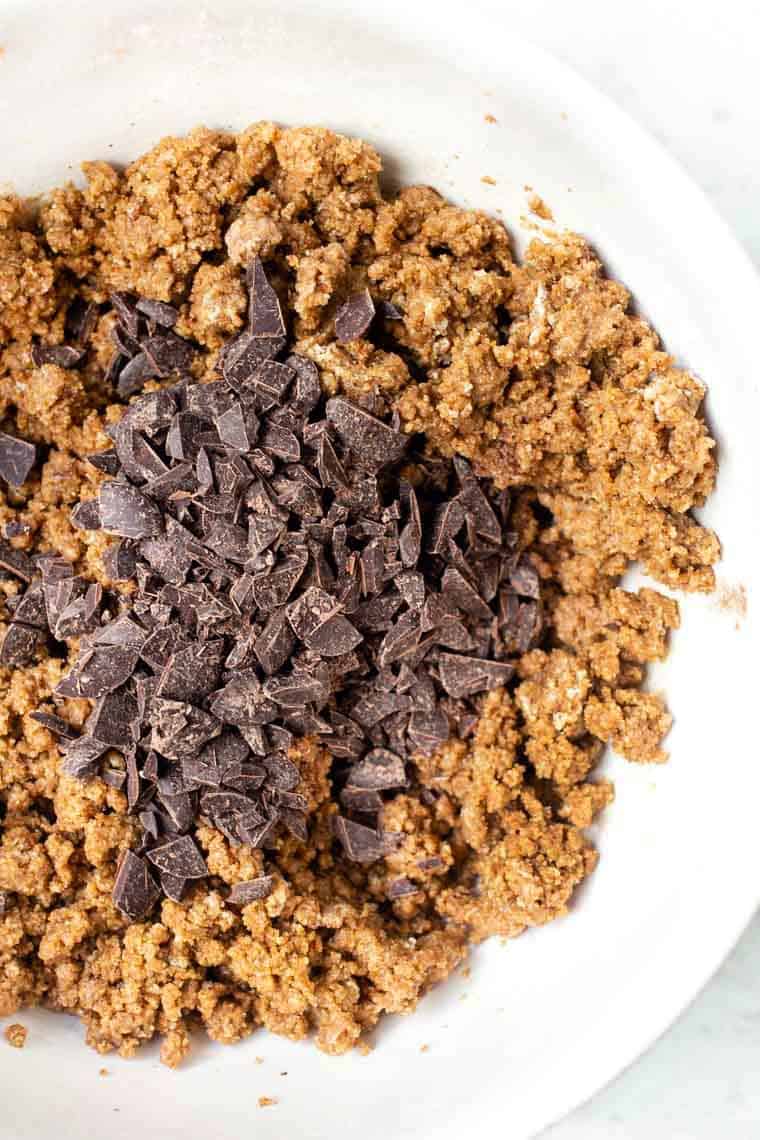 Difference Between Blondies and Brownies

If you aren’t familiar with blondies, I like to describe them as the vanilla version of brownies. They bake like brownies, are cut into squares like brownies, they're just not chocolatey. Essentially a blondie can be made very similar to a brownie, just without cocoa powder.

Traditional blondies are quite decadent. They're packed with butter and sugar, tend to be extremely gooey and are definitely on the mega sweet side. And while I'm all for indulging, I'm also all about making things a bit healthier when possible. So for today's almond butter blondies, we've been able to create a unique twist on the traditional blondie, using better-for-you ingredients. 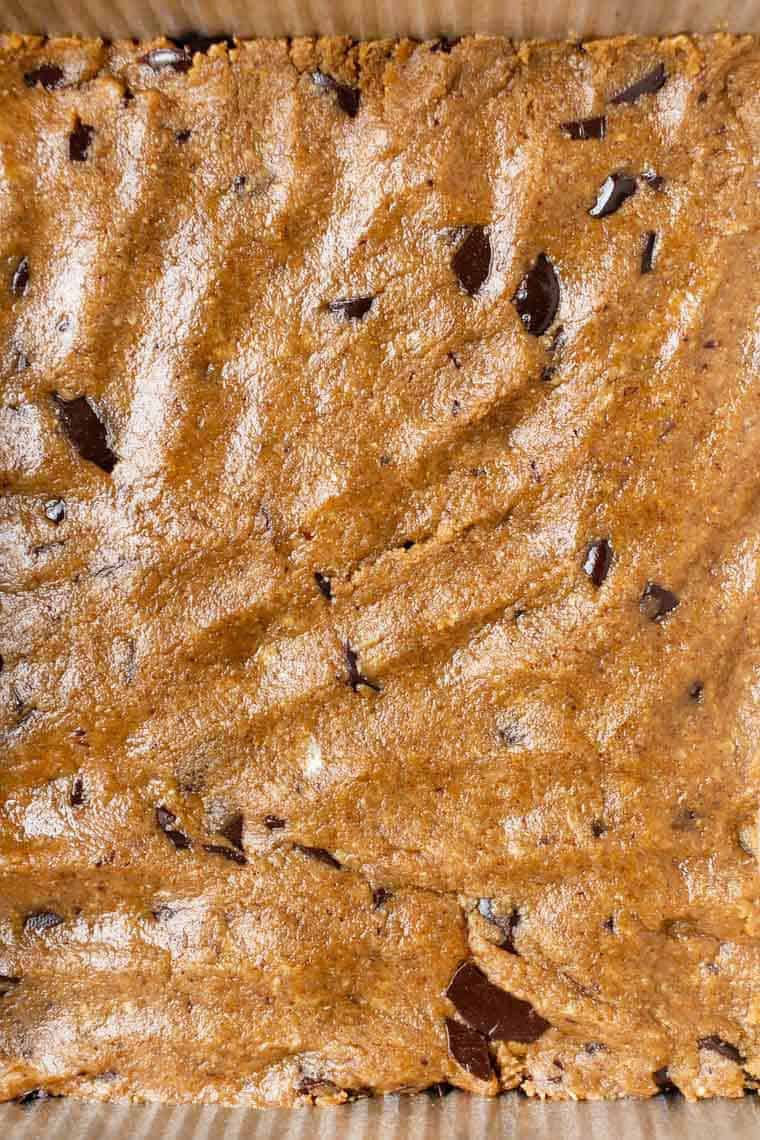 As always we're doing things a little bit different around here. We're taking a classic recipe and making it healthier. We're lightening things up, we're swapping things in and out. And while we're making changes, we aren't sacrificing on flavor or texture.

Thes almond butter blondies still taste like the traditional blondie, they're still nice and chewy, they're just a bit better for you!

So…what swaps are we making? Here's what we're using in this recipe: 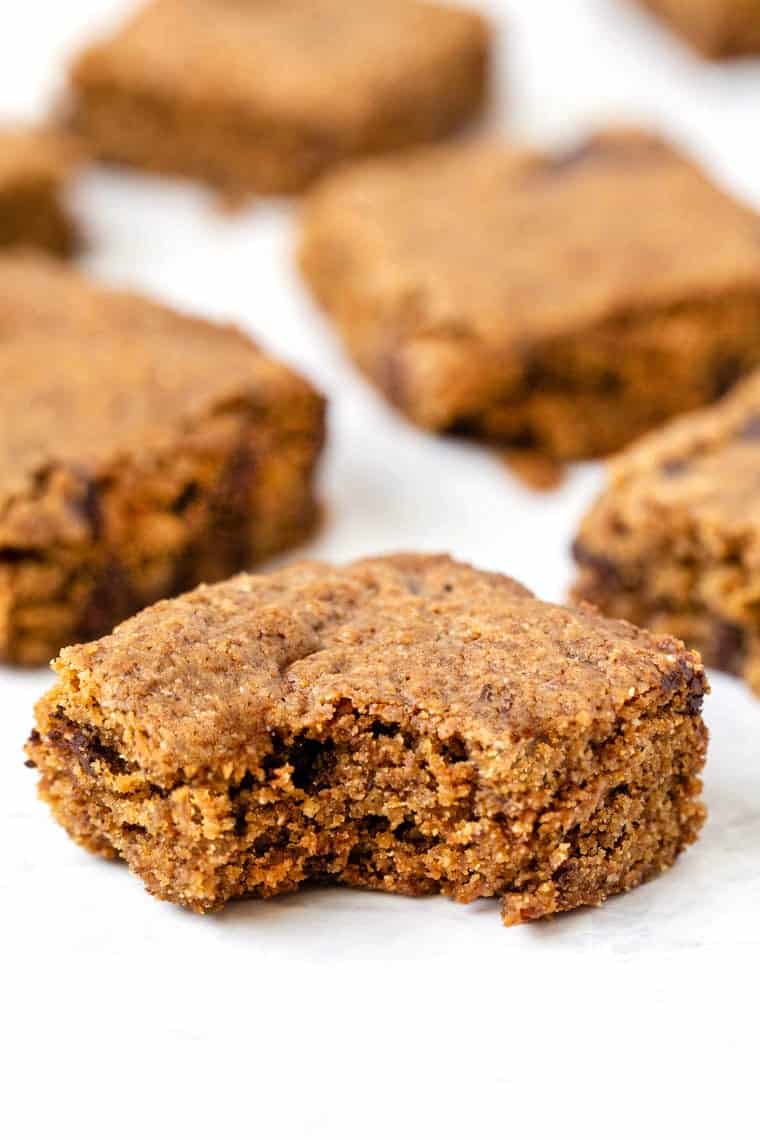 Substitution Ideas for These Healthy Blondies

I always get questions for substitutions in the comments of posts, so I wanted to write them out here in case you're looking to make some swaps. This recipe is pretty flexible, so I think you'll be able to swap most of the ingredients out as needed!

The Easiest Vegan Blondie Recipe EVER

These blondies are a great dessert when you’re looking for something quick and easy. They come together in less than 10 minutes, have less than 10 ingredients and have that soft, decadent texture that makes brownies (and blondies) so scrumptious. I know you’re going to love them, so give them a try! 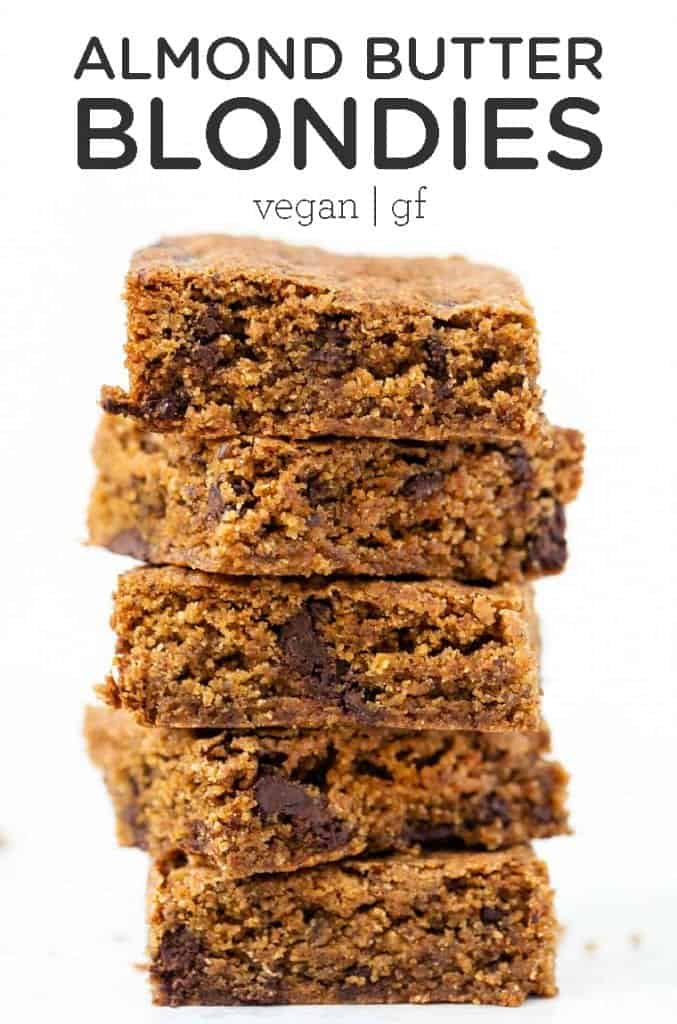 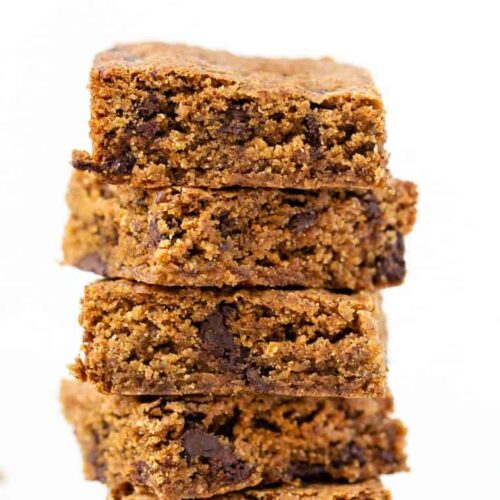