These flourless protein brownies are fudgy, decadent and healthy. They're naturally gluten-free as well as vegan, no refined sugar and packed with zucchini!

One of my guilty pleasures used to be under baked boxed brownies. I loved how gooey they were, how sugary they were and how decadent they tasted.

I've since learned what's inside those mixes and honestly, not something I'd want to eat. Preservatives, refined flour, tons of sugar. Basically nothing healthy.

But that doesn't mean we still can't enjoy a decadently fudgy brownie from time to time. That's exactly why you need these Flourless Protein Brownies – they're everything you love about boxed brownies just without the crap! 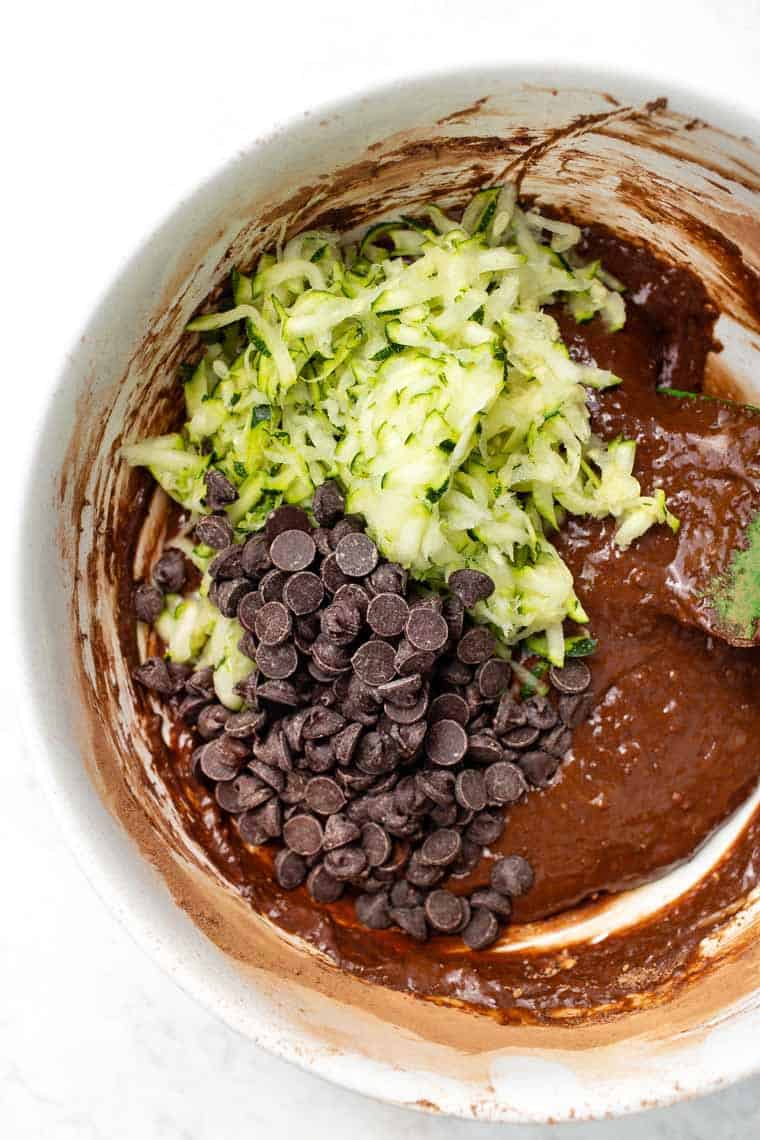 Ingredients for these Flourless Protein Brownies

Making flourless brownies at home is actually pretty simple. We're using a base of banana, cashew butter and a flax egg which gives us fat, moisture, binding powder, and some sweetness. Then we added in some coconut sugar which is lower on the glycemic index than cane sugar, as well as raw cacao powder. That's our base.

When I first made this recipe, I left it at that. But the first batch came out a little too gooey for me. So I went back to the drawing board and the next time I added some protein powder.

That was just what it needed! The protein powder helped absorb a little bit more moisture and the texture was just what I wanted. Plus we get a little extra protein in there which is never a bad thing in my opinion! 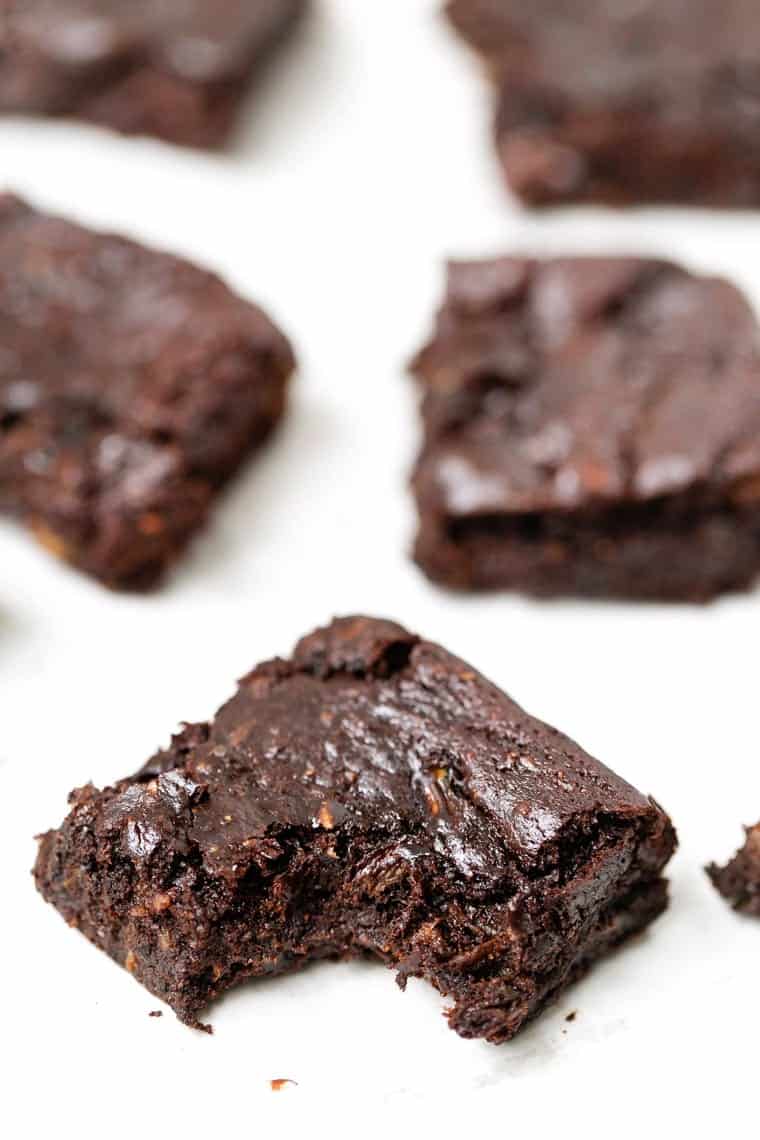 Why Add Zucchini to Brownies?

Okay so we have our basic flourless protein brownie, but I figured why not kick it up a notch!?

Instead of just keeping them plain, we're also adding in some shredded zucchini and chocolate chips. The chocolate chips are self-explanatory (more chocolate is always better!), but the zucchini? That might seem a little strange…

But let me tell you, zucchini is awesome in brownies! And here's why:

It's a no brainer in my eyes!

The Best Zucchini Brownies EVER!

So truly, these are the best zucchini brownies (aka flourless protein brownies) EVER! They're vegan, gluten-free, refined sugar-free, made in just one bowl and use just 10 ingredients.

They're a cinch to make, they're totally decadent and yet still healthy! 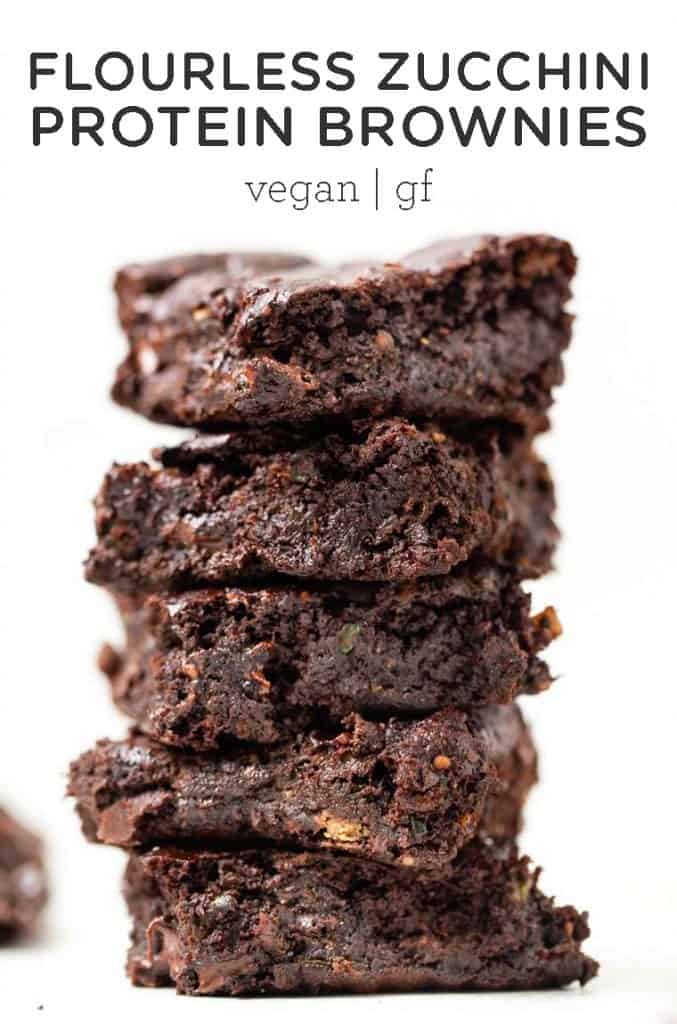 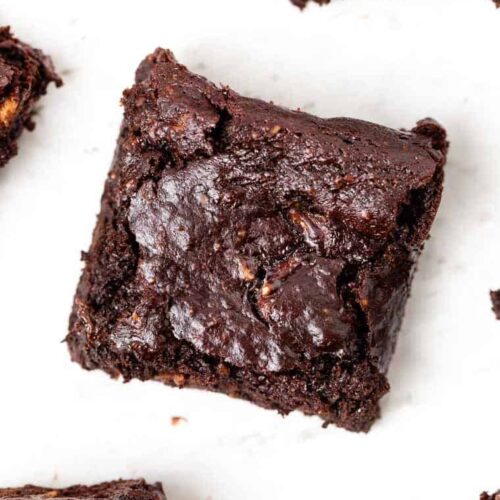 * these brownies are very fudgy, so if that's not your thing you should try these instead! 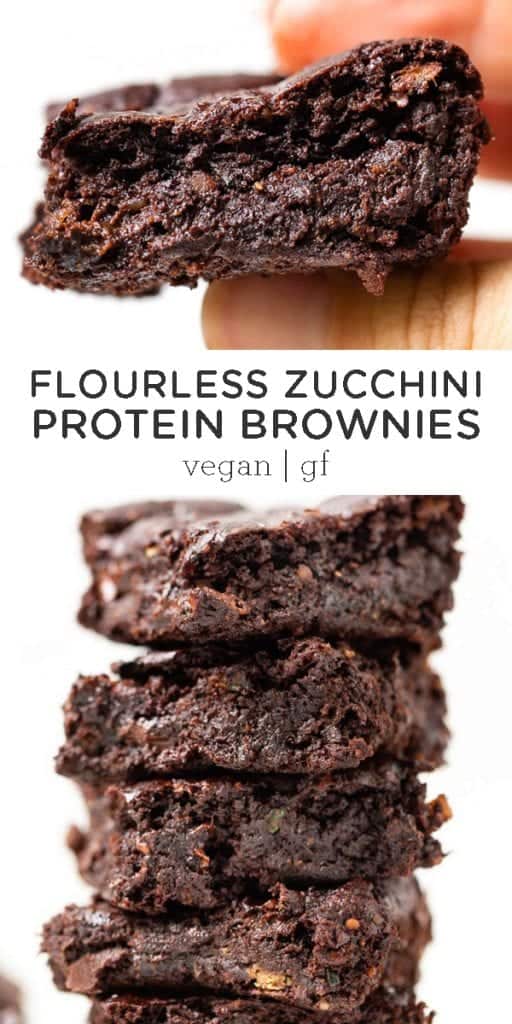