This quick and easy Spanish Quinoa recipe uses just 5 ingredients and one pot. It's a perfect side dish, but can also be bulked up with protein and veggies!

Move over Spanish rice, there's a new kid in town! And yes, it's quinoa.

Ever since quinoa popped onto the health scene about 8 years ago, it's been slowly taking the place of rice in many of my recipes. I now make things like quinoa burrito bowls instead of traditional burrito bowls, quinoa sushi, and even quinoa fried rice. Pretty much anywhere that you use rice you can use quinoa in its place.

So today we're doing just that. We're taking a classic rice recipe – Spanish Rice or Red Rice – and turning it into this fabulous Spanish quinoa!

What is Spanish Rice?

Classic Spanish rice – or what most Americans think of as Spanish rice – is actually not Spanish at all. It's a Mexican side dish that can also be called red rice or arroz rojo. It's typically served alongside a protein or beans and is meant to add flavor to the meal without overpowering things.

I wanted to keep this Spanish quinoa as simple as possible. It's made in just one pot and uses just 5 ingredients!

All you need to make it are:

We'll start by sauteing the onion until it's soft, then adding in the rest of the ingredients and cooking it until the quinoa is fluffy. It's really that simple! And it's one of those recipes you can absolutely bulk up to turn it into an actual meal instead of just a side dish.

How to Serve Spanish Quinoa

This is one of those recipes that pretty much goes well with anything! If you want to have it on the side of your favorite grilled protein and beans, awesome. And if you want to turn it into the base of a meal, equally as awesome!

Here are some ways that I would serve up this Spanish quinoa:

But really the possibilities are endless. And later on this week, I'm going to show you how to take this recipe and turn it into vegan taco meat! 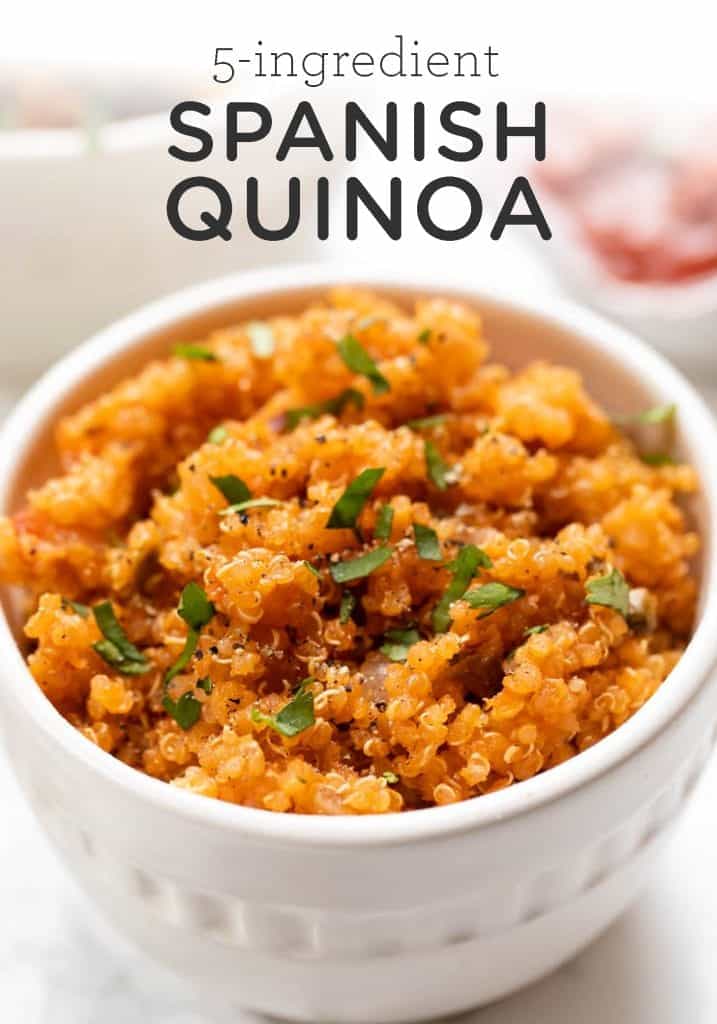 VIDEO: How to Make Spanish Quinoa 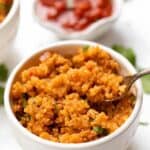