This Spicy Vegan Vodka Sauce Pasta is made with onion, cashews, crushed tomatoes, and Calabrian chili paste for a savory and creamy dairy-free vodka sauce that coats rigatoni like a dream. 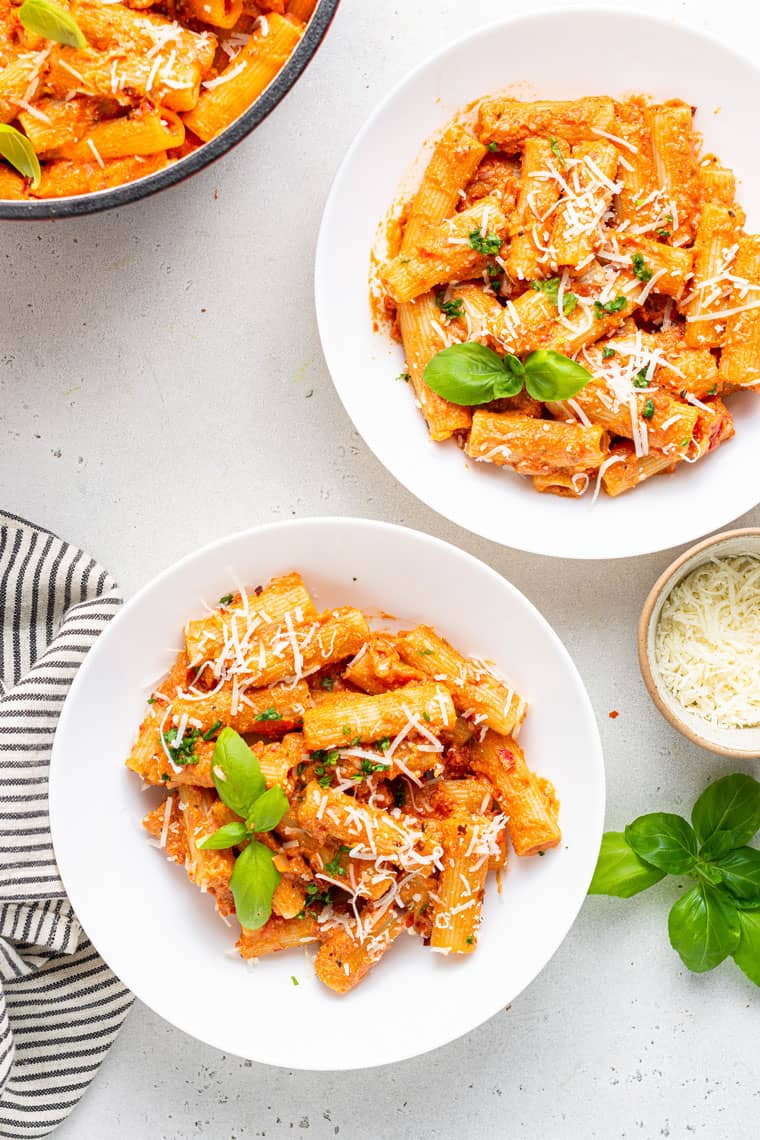 Who doesn't love vodka sauce? A good vodka sauce is richly creamy, luscious and smooth. I personally love to add a bit of spice to my vodka pasta to round out the thick, rich mouthfeel and flavor.

While traditional vodka pasta sauce contains cream and plenty of dairy, I decided to make a vegan version that's every bit as delicious. The creaminess in this vegan vodka rigatoni comes from cashew cream. And the savory flavor is from classic vodka sauce ingredients like crushed tomatoes, garlic, and chili paste.

This is a true winner of a pasta recipe. Trust me when I say that you're going to want to bookmark it for later! 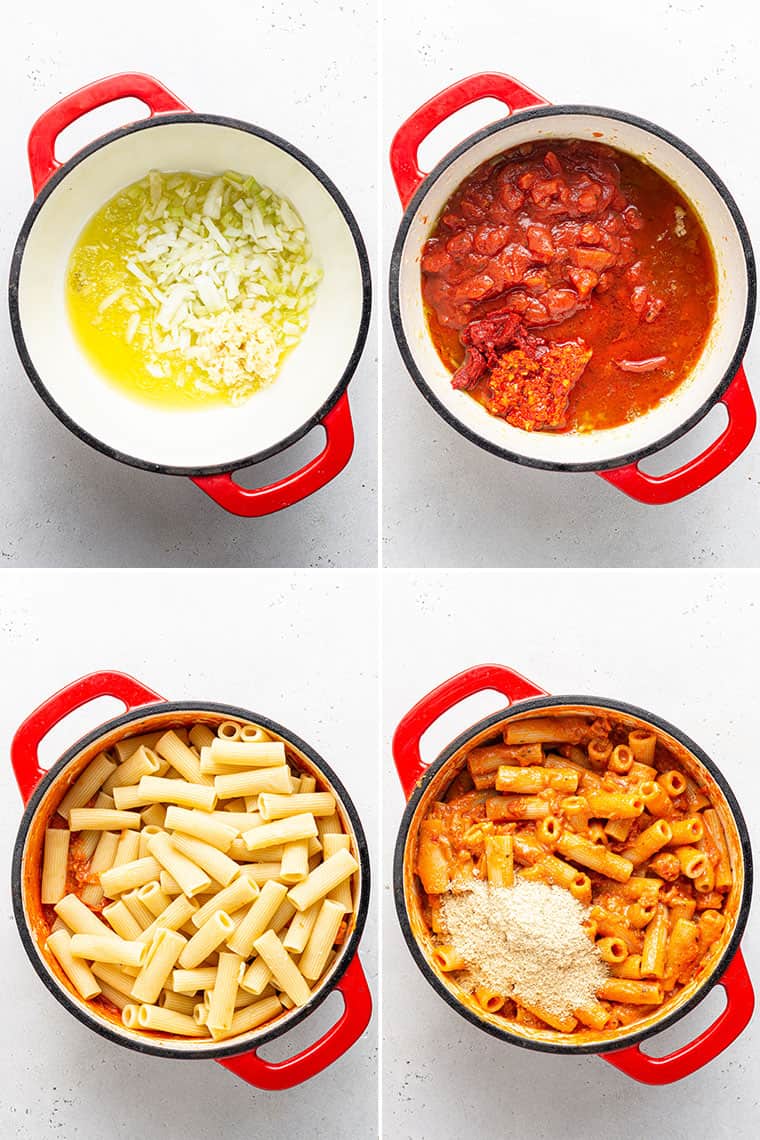 How to Make Vegan Vodka Sauce

This pasta sauce recipe starts off like most great sauces, by sauteing garlic and onion in some extra-virgin olive oil. Next comes the tomatoes, cashew cream and nutritional yeast for that extra cheesy flavor.

While the sauce cooks, you can cook the rigatoni in a separate pot. Before you drain the pasta, make sure to reserve a cup of pasta water. This is the key to making a well-hydrated sauce that coats each piece of pasta without drying out.

You probably won't need the full cup of pasta water, but it's better to reserve more than less!

Most of the ingredients in this simple weeknight pasta recipe are straightforward, but there are a few things to note before you start cooking: 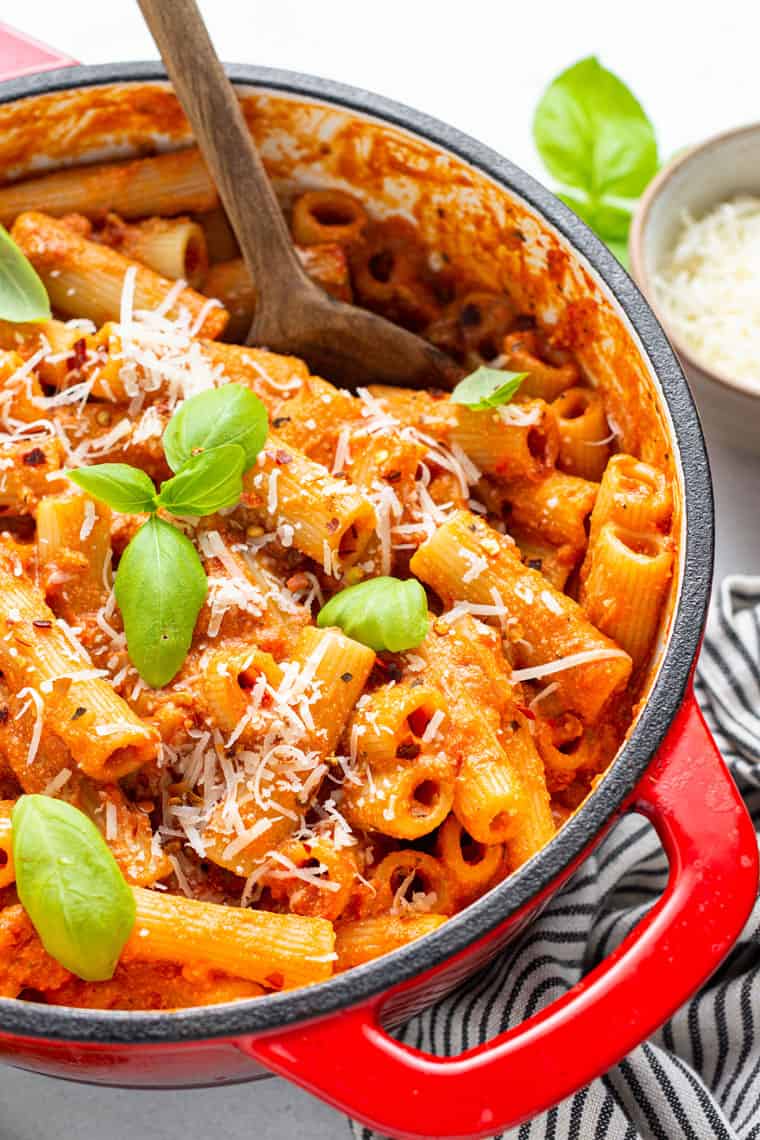 Serve your pasta and vodka sauce up hot, straight out of the skillet. I like to add a sprinkle of fresh basil and vegan parmesan cheese for extra color, flavor and texture.

If you end up with leftovers, you can store them in an airtight container in the fridge for up to three days. Reheat the pasta on the stove or in the microwave to serve.

Can I Use Gluten-Free Pasta? 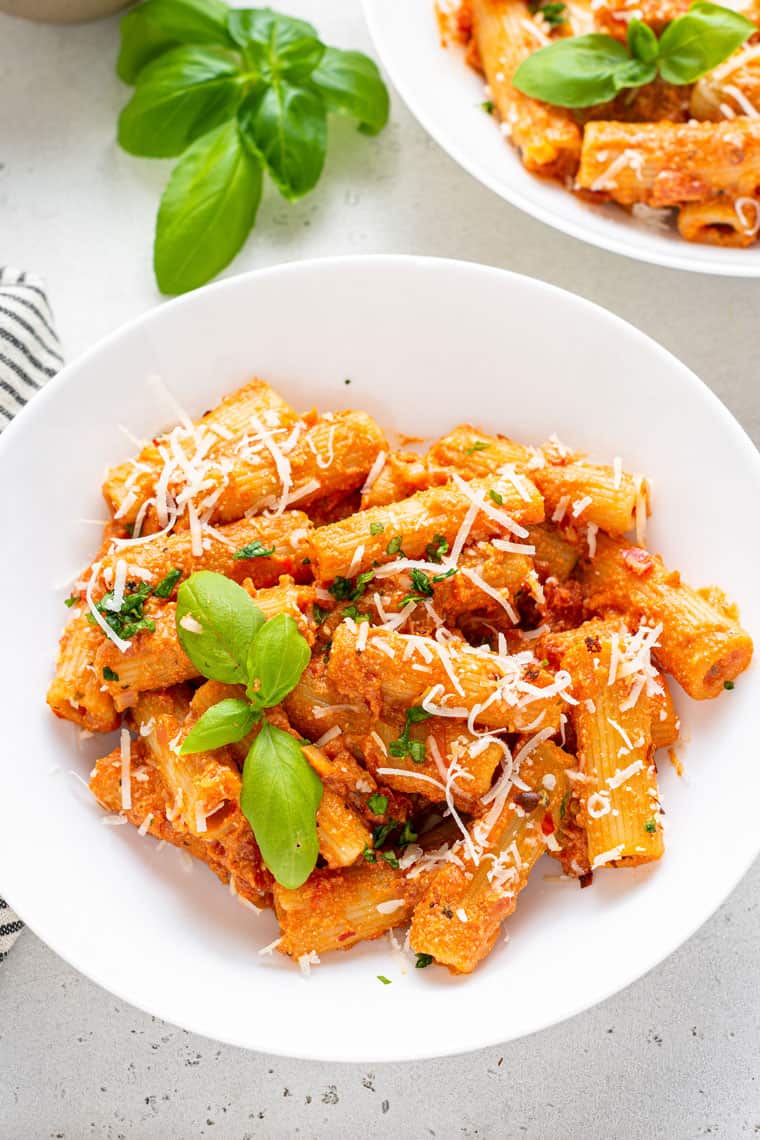 If you're in for pasta dinners, try these other popular recipes next:

If you make this Vegan Vodka Sauce Pasta, be sure to let me know what you think with a comment and rating below! 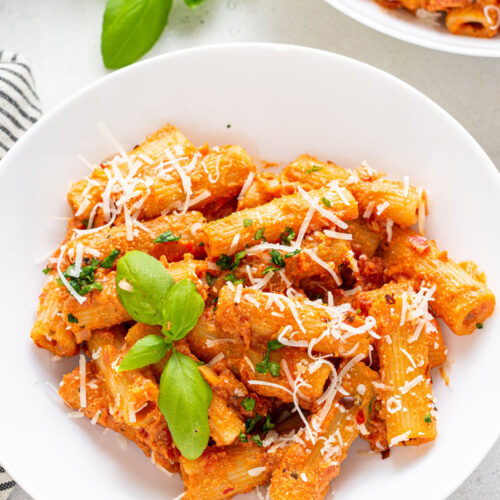