This simple vegan BBQ pulled pork recipe uses only three ingredients and comes together in just 20 minutes. It's plant-based, healthy and tastes delicious! 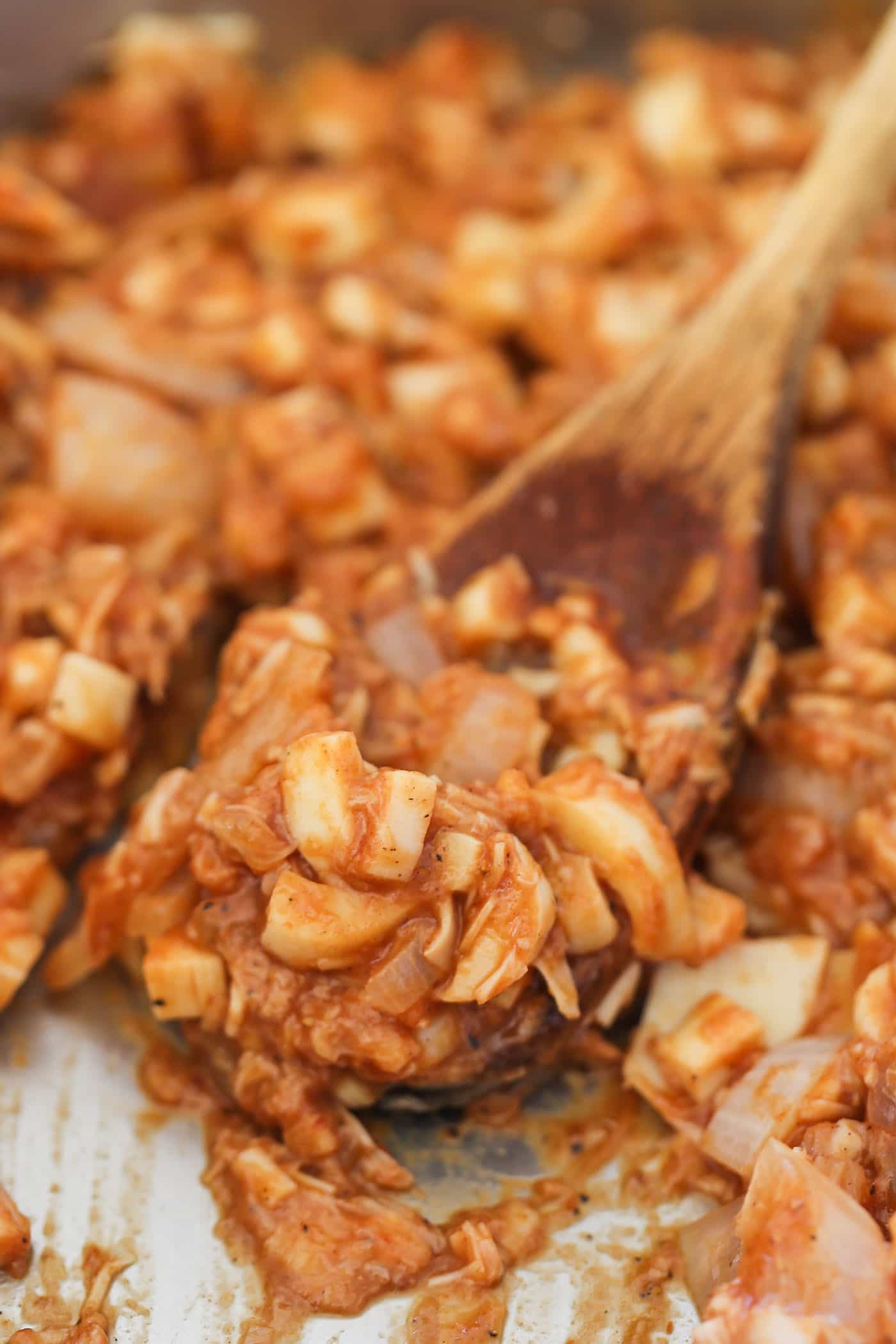 The end of summer is near and I'm trying to soak up as much of this epic weather as possible. I'm sitting at my parents house in Vermont right now, the sun is shining, birds are singing and it's generally quiet. It's peaceful. It's lovely. And I don't want it to end.

But you can't stop the seasons from changing and soon I'll be back to the hustle and bustle of the city, swept up in the pace of life there and it will be Fall. Crazy how quickly time flies by.

Before this post gets all sappy, so let's dive into the fact that we can relish every last moment of this spectacular time of year with ALLLL the summer food. Including (but certainly not limited to) this Vegan BBQ Pulled Pork. 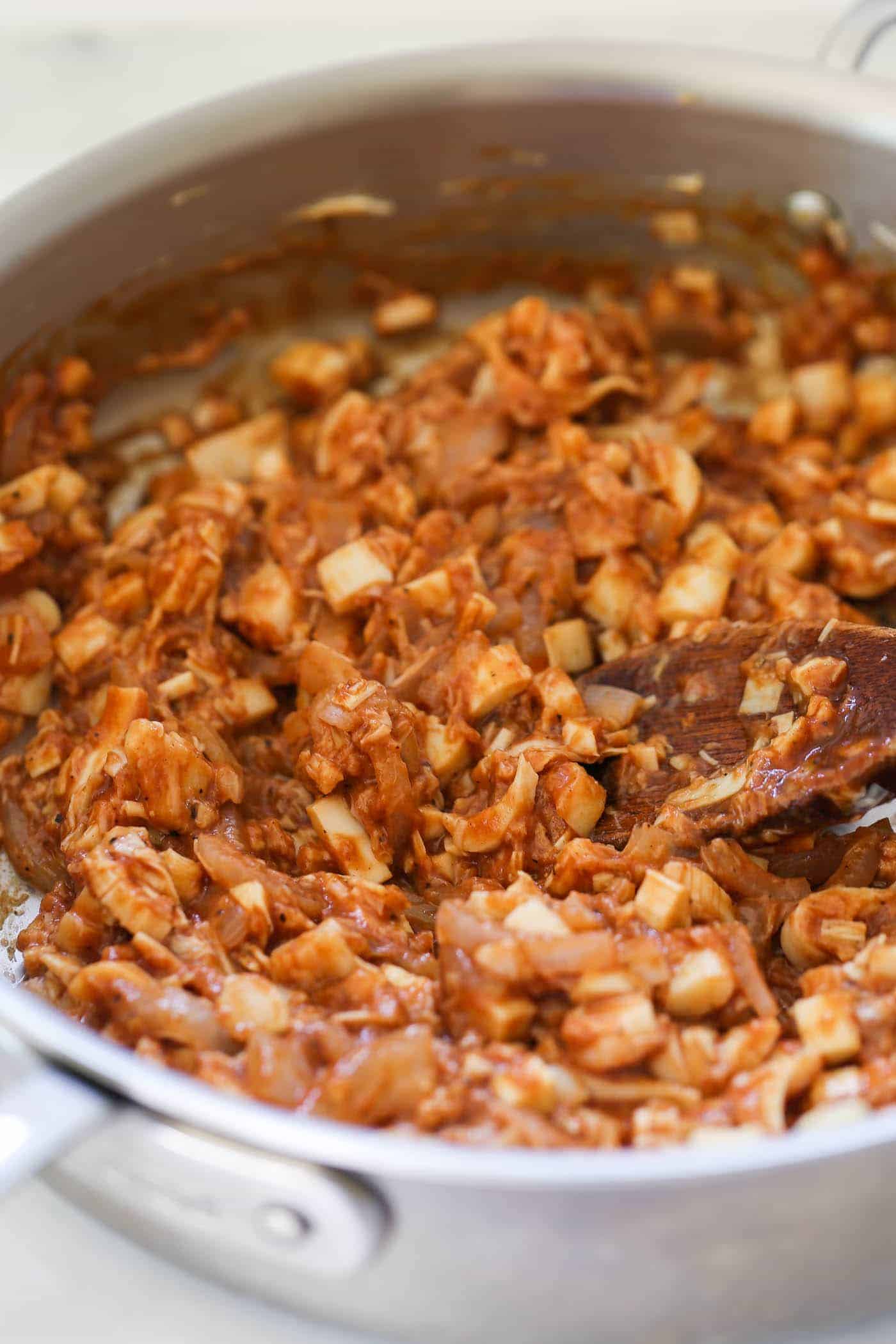 You read that right, vegan pulled pork without the actual pork. Wait…whaaat!?

Yes, friends, it's possible and it's awesome. And no you don't have to run out and buy any funky meat alternatives to make it happen. Instead, we'll be using a vegetable to get that shredded meat texture! 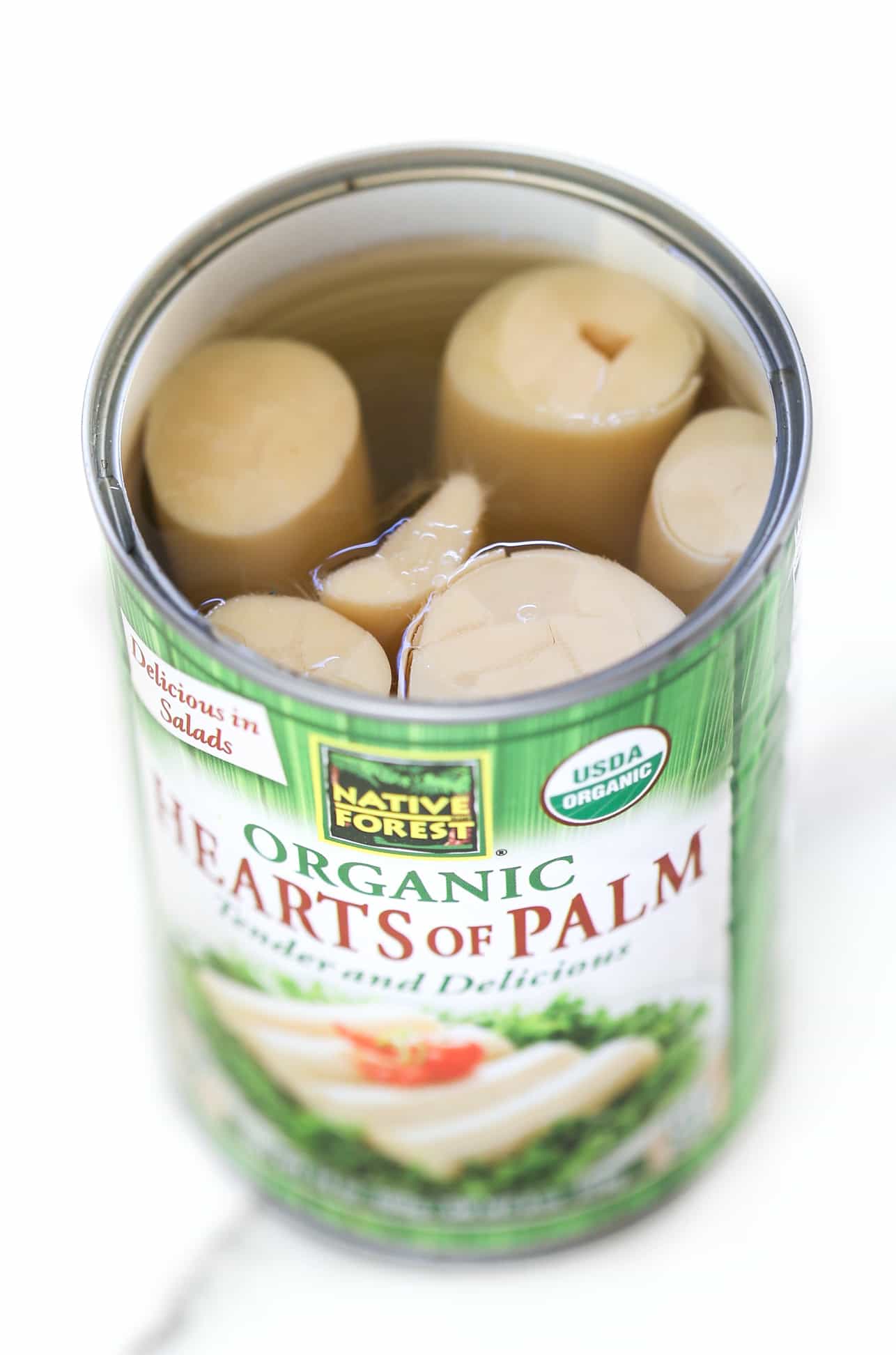 The secret weapon in this recipe is the hearts of palm.

If you've never heard of hearts of palm before, it's the inner part of the palm tree that is harvested from young palm trees. It has a very mild taste (kind of like an artichoke), and is most often used in salads, but when cooked, it has breaks down into a fibrous, meat-like texture.

Finding hearts of palm is actually easier than it might sound; most grocery stores carry it (look in either the ethnic food or canned vegetable section). If you're turning hearts of palm into vegan pulled pork, you want to make sure that you're getting it in water as opposed to oil since that will affect the end result of the dish.

Nutritionally speaking, hearts of palm is a great ingredient to add to your diet. It's high in fiber, potassium, vitamin C and B6 and also has trace minerals like zinc, calcium, phosphorus and copper. And it's super versatile too. Not only can you put it on your salads or turn it into this pulled pork, but you can also add it to stir fry, toss it on the grill or even blend it up into dips! 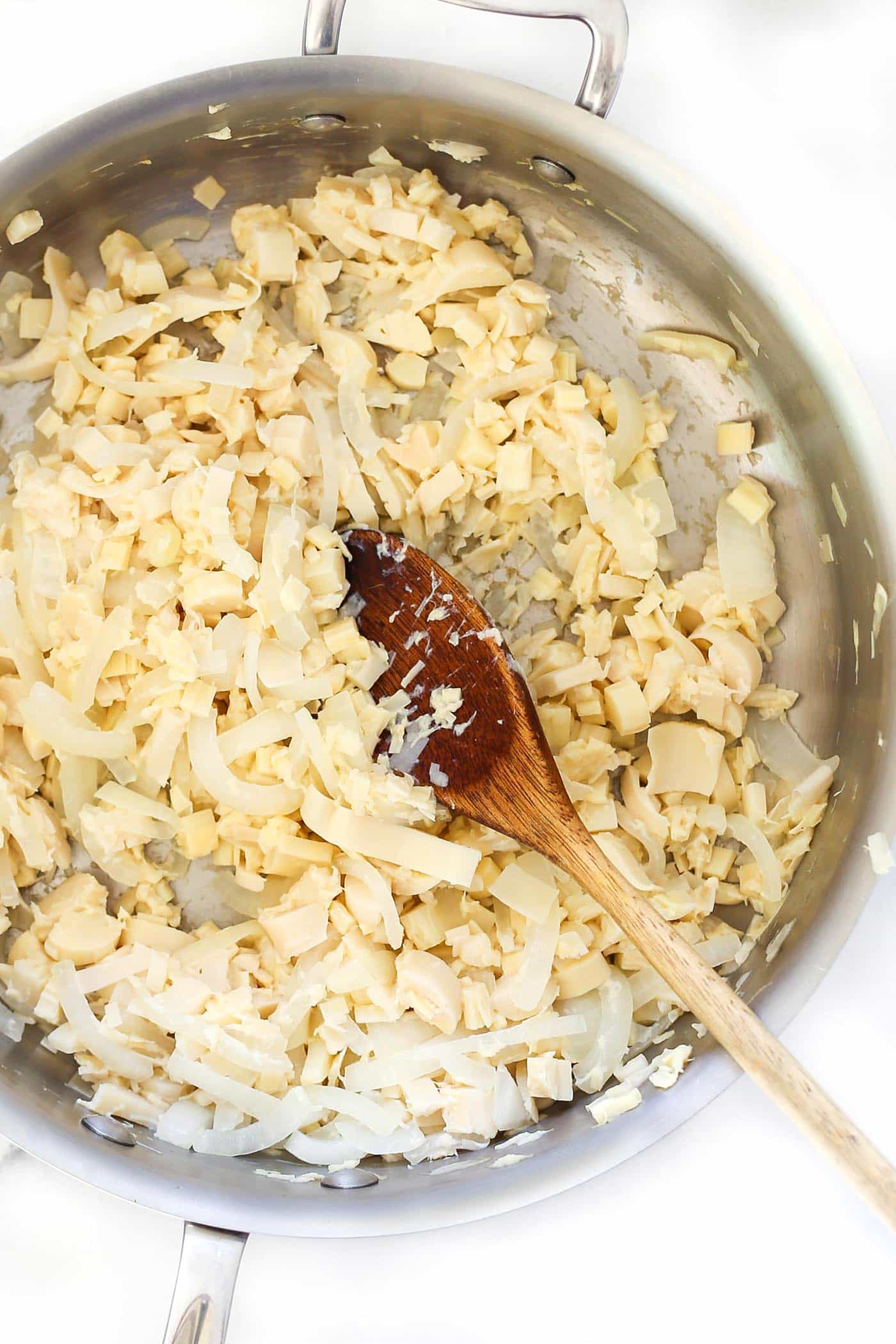 Now, let's turn it into vegan BBQ pulled pork shall we?

This recipe is so simple to make, requires just 3 ingredients and about 20 minutes to cook. You're just going to need an onion, some hearts of palm and BBQ sauce, which you can either make at home or buy at the store.

For this recipe, I'm using a store-bought variety and if you want to also use one from the store, READ YOUR LABELS! There's a lot of junk in most BBQ sauces – like high fructose corn syrup, artificial flavors, artificial dyes, etc. – so make sure to get one that is natural, organic and made with whole food ingredients. The one I use is from Tessemae's and it's totally natural, organic and sweetened with date puree instead of refined sugar which is really cool. Plus it tastes yummy 🙂 (…and I buy the 4-pack because I go through it so quickly!) 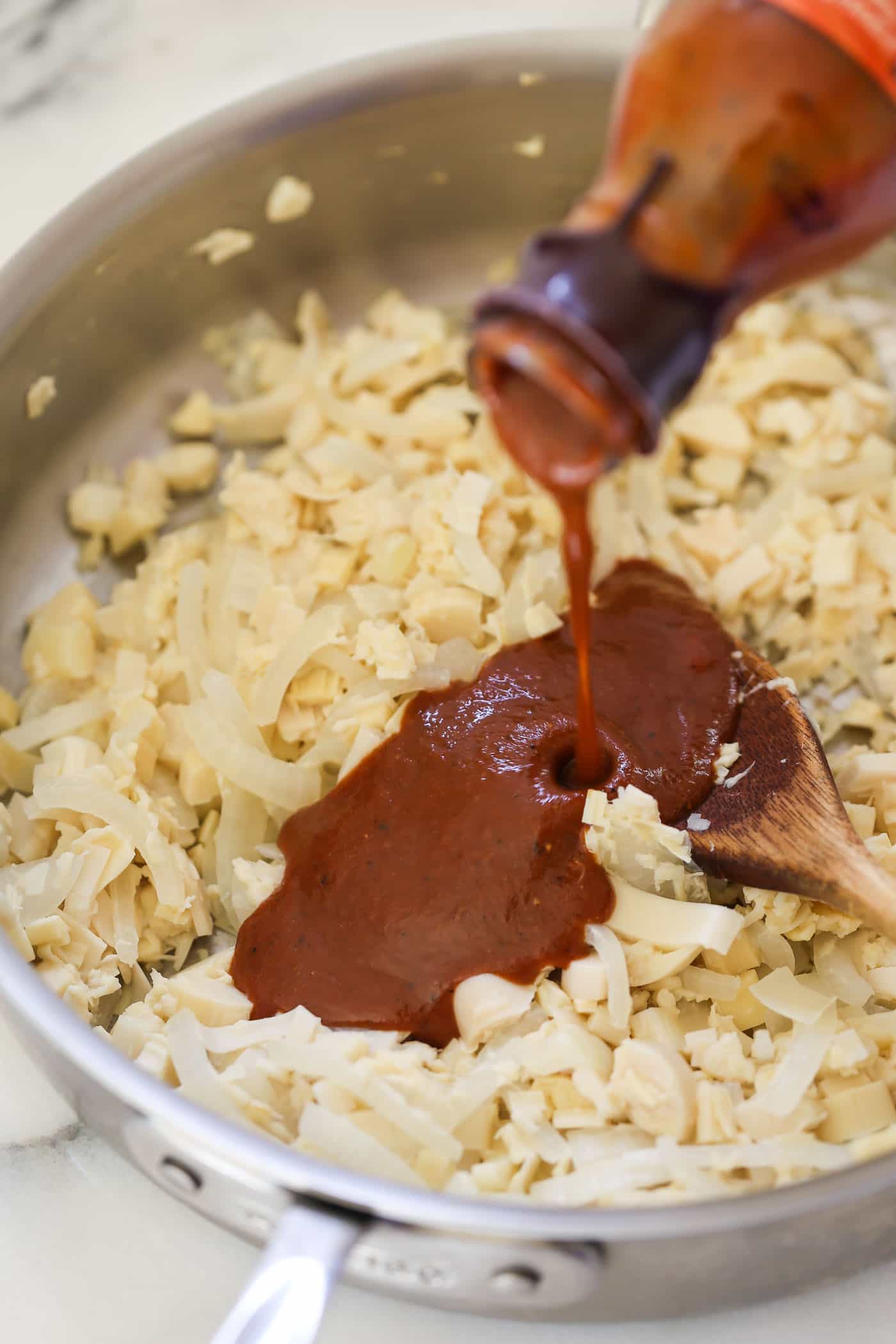 To cook the “pulled pork”, you'll just saute some thinly sliced onions along with the chopped up heart of palm until the onions are soft and starting to caramelize. Pour in your BBQ sauce of choice, stir everything together and let it cook for like 10 minutes so the flavors meld together.

Then you can serve it however you'd like! I'm going to be sharing a lettuce wrap recipe with you next week that uses this as the base, but other ideas for serving could be:

Seriously, the possibilities are endless! 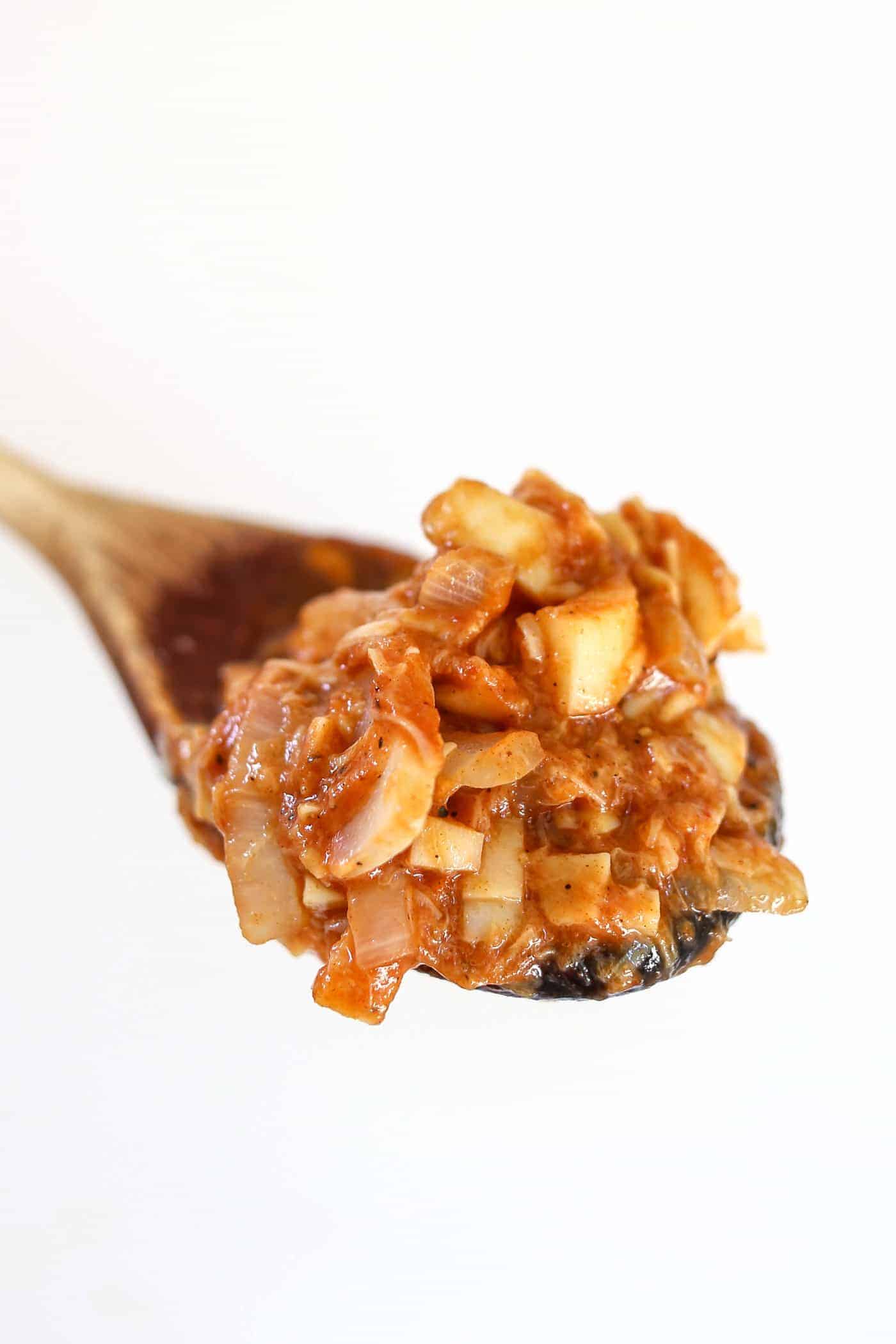 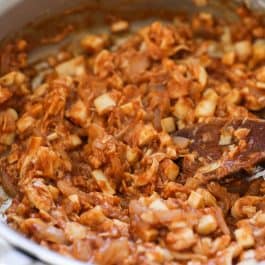