A gluten-free version of the classic Italian cookie, these gluten-free pizzelles are simply delicious. They're crispy, healthy and also easy to make too!

And they're one of those things that I just saw one too many times that I decided we needed to have a gluten-free version. And that's precisely what I set out to do!

Pizzelles are a traditional Italian cookie that originally comes from the Abruzzo region in Southern Italy. They're basically a waffle cookie and are made using a pizzelle iron which is almost identical to a waffle iron. Pizzelles are typically thin and crispy, but can also be molded into different shapes when they're warm, including the shape of cannolis.

Pizzelles are also believed to be one of the oldest cookies in the world! They're thought to have been developed from the ancient Roman crustulum (the Latin word for a small cake or pastry/cookie)!

To me, pizzelles remind me of waffle cones, but in circular cookie form. They're thin and crispy, and I think it would be entirely possible for me to sit down and eat an entire batch. One of those cookies that you don't realize how many you've eaten until they're all gone. They're that good!

Much like many other Italian recipes, the ingredient list for pizzelles is pretty darn simple. They're usually made from flour, sugar, eggs, butter, and flavoring.

Since I wanted to make my gluten-free pizzelles healthy, I swapped most of the traditional ingredients for my preferred ones. Here's what I used for the base of my pizzelles:

And then for flavorings, you can really use whatever you'd like! I went with vanilla, almond extract and anise extract, but it would also be lovely with orange or lemon!

What is a Pizzelle Maker?

The next piece of our pizzelle puzzle is to choose your iron. Similar to waffles, you do need an iron to make pizzelles and it really should be a standard pizzelle maker.

There are two types of pizzelle makers:

How to Make Gluten-Free Pizzelles

What's great about pizzelles is you can make them in one bowl! I usually start with my wet ingredients, beat them together and then beat in my dry. So simple.

The best method for making pizzelles is to use an electric hand mixer or stand mixer. Since this is more like a batter rather than a traditional cookie dough, it's helpful to use one of these to get a super smooth consistency. They'll also help you get the batter a little by lighter.

Once you have your batter mixed together, you simply drop a small dollop of batter into the center of each circle on your iron, close the lid and let them cook for about 70 – 90 seconds. The timing will depend on your maker, so it might take a few rounds to get the exact timing down to a tee. Once they're done though, quickly remove them, pop them on a cooling rack to let them crisp up. Then just repeat until you've used all the batter!

Pizzelles are very delicate, so you'll need to be careful when you're storing them. We like to keep them in a plastic container that has a lid to keep them airtight and fresh. We like this large round one and also this shallow rectangular one.

The two best ways to store pizzelles are:

Now, if you've never tried making pizzelles before, I hope this post has inspired you. They're really easy, they're absolutely delicious and I know you and your family will love them. Happy baking and Happy Holidays!! 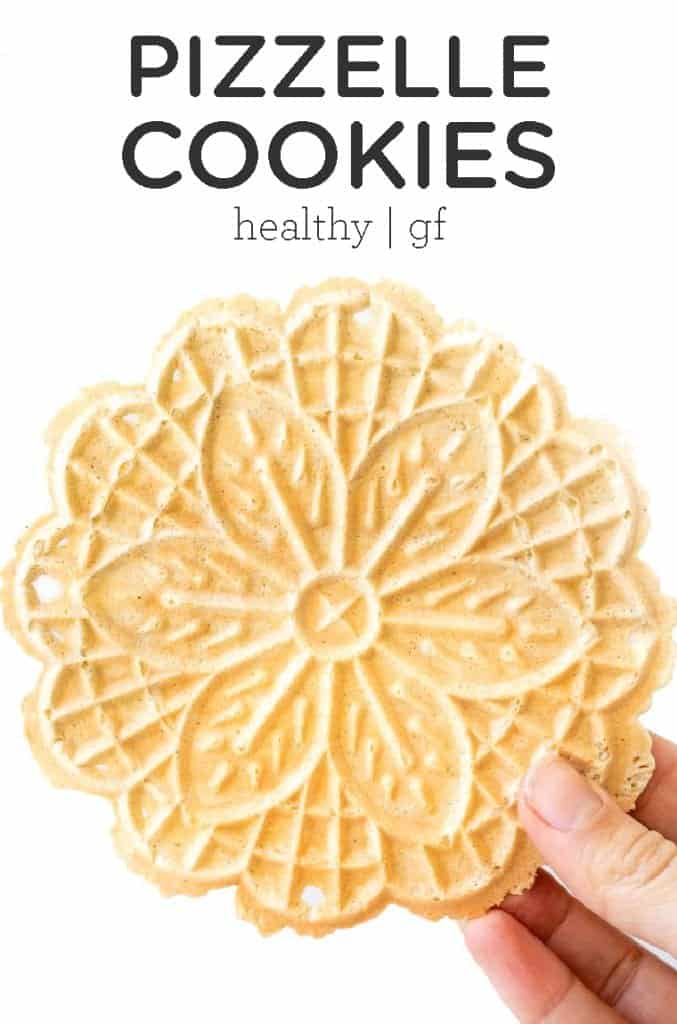 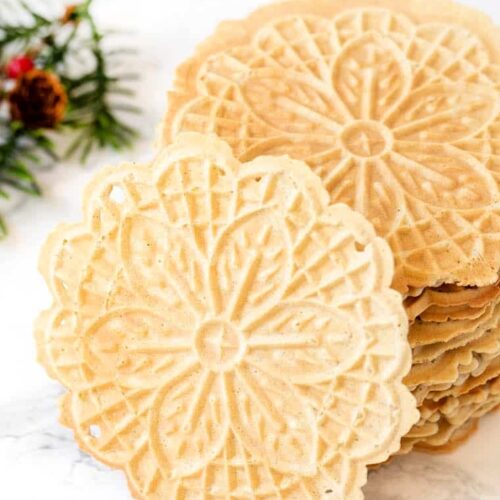