Back with another healthy side dish for you and it's a good one! Creamed spinach has always been a staple on my family's Thanksgiving table. My grandmother always made it with plenty of cream and butter. This year, I decided to make a healthier version of creamed spinach.

This recipe is a healthy, dairy-free, vegan creamed spinach recipe that is an absolute breeze to make, is packed with flavor and tastes just like traditional creamed spinach. 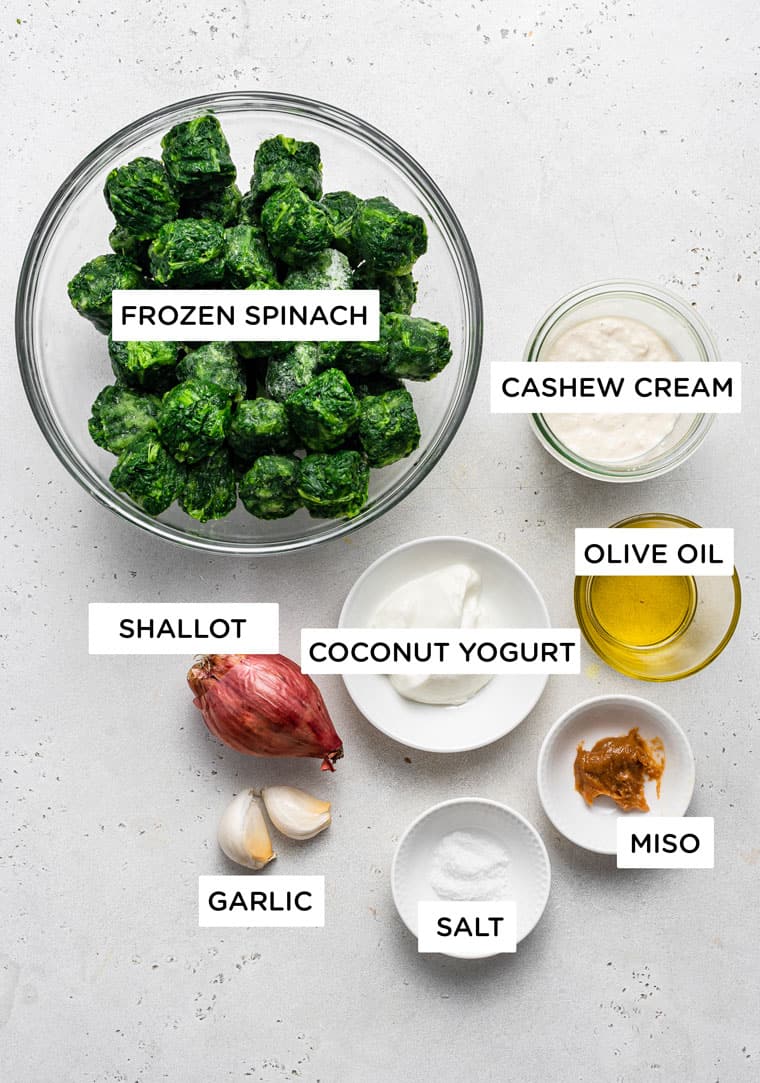 I started with my grandma's recipe and adapted mine to be a bit healthier (and simpler). I think you're going to like this ingredient list!

And then we just sprinkle in some salt & pepper! 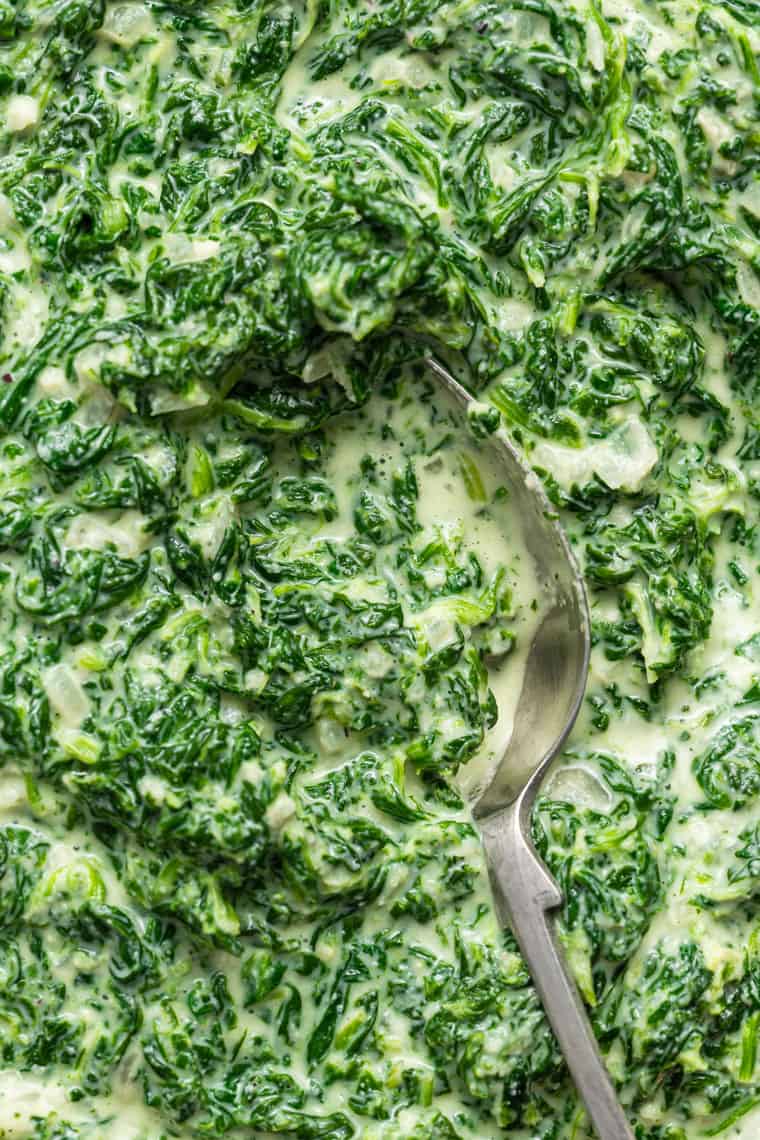 How to Make Vegan Creamed Spinach from Scratch

This recipe couldn't be easier to make and that's one of the reasons why it makes such an awesome holiday side. The less amount of work the better!

Since we're using frozen spinach in this recipe, thaw it as much as you can beforehand. You can do this in the microwave or by leaving the spinach in the refrigerator overnight. And before you add it into the pan, just drain any excess liquid that collects in the bag/bowl.

While the spinach is thawing, saute the garlic and shallot in a skillet. You're looking for the garlic to be golden brown and the shallot to be almost translucent. It should also be quite fragrant!

The last step is the add the rest of your ingredients! I like to start with the spinach and make sure that it's fully warmed through and mixed in, and then I add the cream, yogurt, and miso. The miso might take a little bit of time to dissolve, so just continue stirring until everything is fully incorporated.

Finally, season the dish to taste and enjoy! 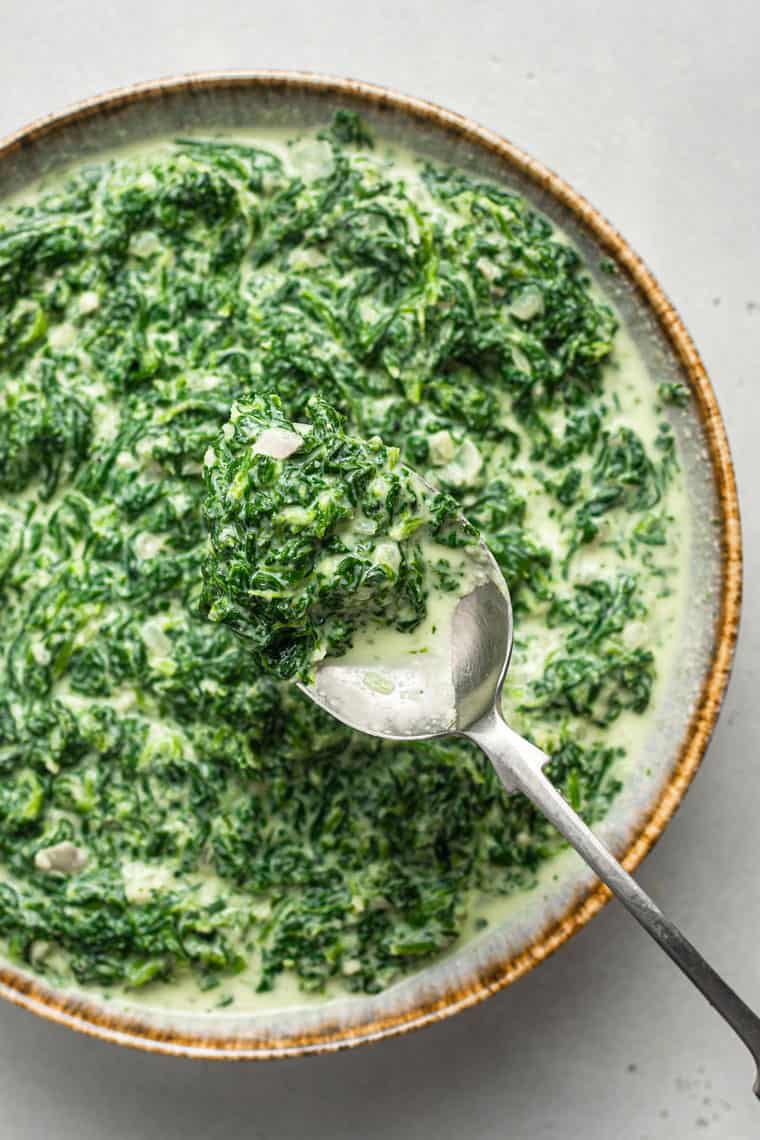 A Healthy Spin on Creamed Spinach

A lot of people associate creamed vegetables with unhealthy and I get it. Do you really need heavy cream with your vegetables? Probably not.

But this particular version I'm happy to say is quite healthy! Here are some of the health benefits of this vegan recipe:

So to answer your question, YES! Creamed spinach can totally be healthy – especially when you make it dairy-free! 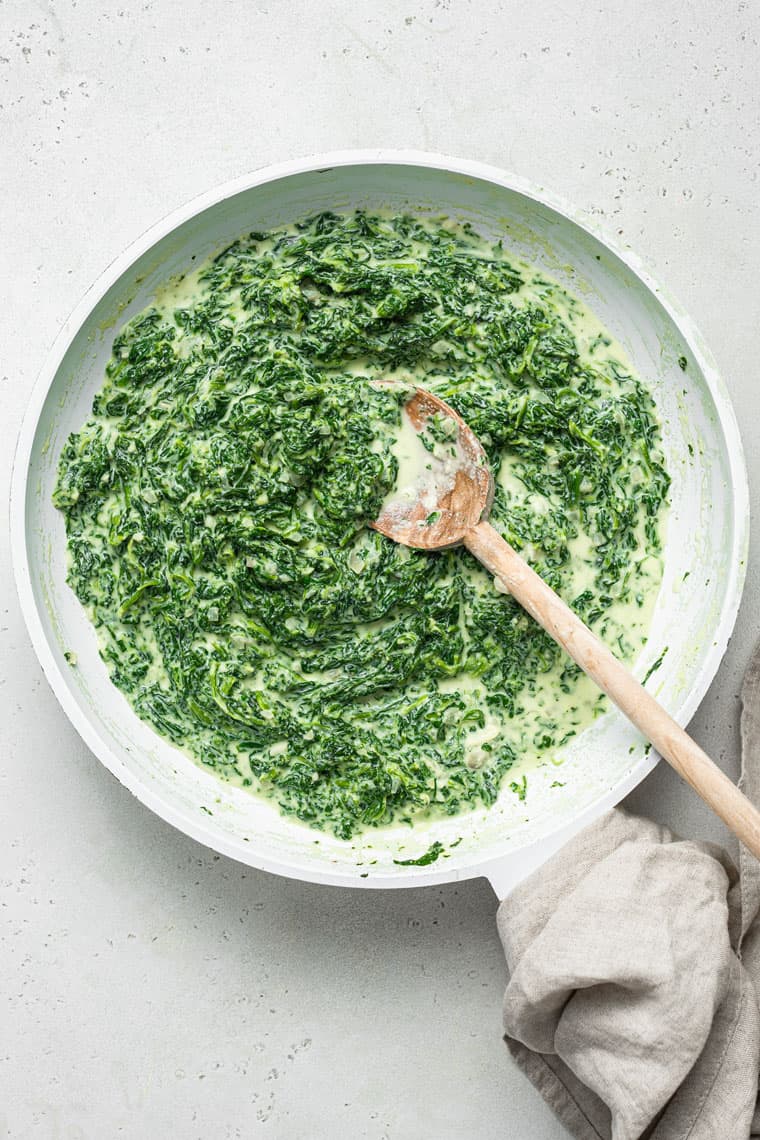 What To Serve with Vegan Creamed Spinach

I'll admit that creamed spinach is probably not something I will make much outside of the holidays, but it's the absolute perfect dish to serve at Thanksgiving. It's not only a great way to get greens into the spread, but it also pairs really nicely with other traditional thanksgiving recipes, including:

What to Make with Leftovers

The beauty of creamed spinach is that you can also use it for other recipes. If you have leftovers, here's what I would make with my vegan creamed spinach:

And it's also delicious on top of a pizza which we made the other night! BUT – my guess is – if you are making this for Thanksgiving, there won't be any leftovers because it's that darn good!

You can store leftover creamed spinach in the fridge in an airtight container for up to four days.

If you make this Healthy Vegan Creamed Spinach recipe, be sure to let me know what you think with a comment below! 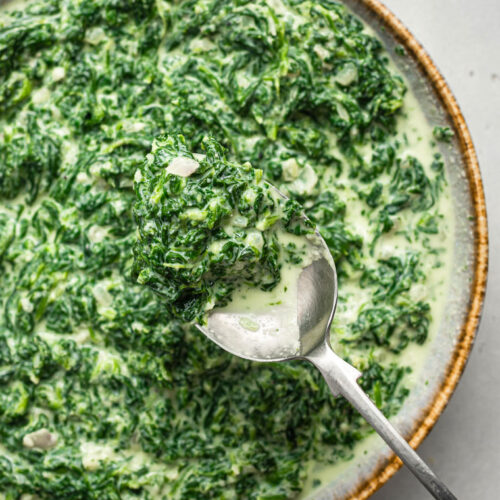