This vegan pumpkin pie recipe is so simple to make! Baked inside a grain-free almond flour pie crust, this recipe doesn't use any gluten, dairy or eggs! 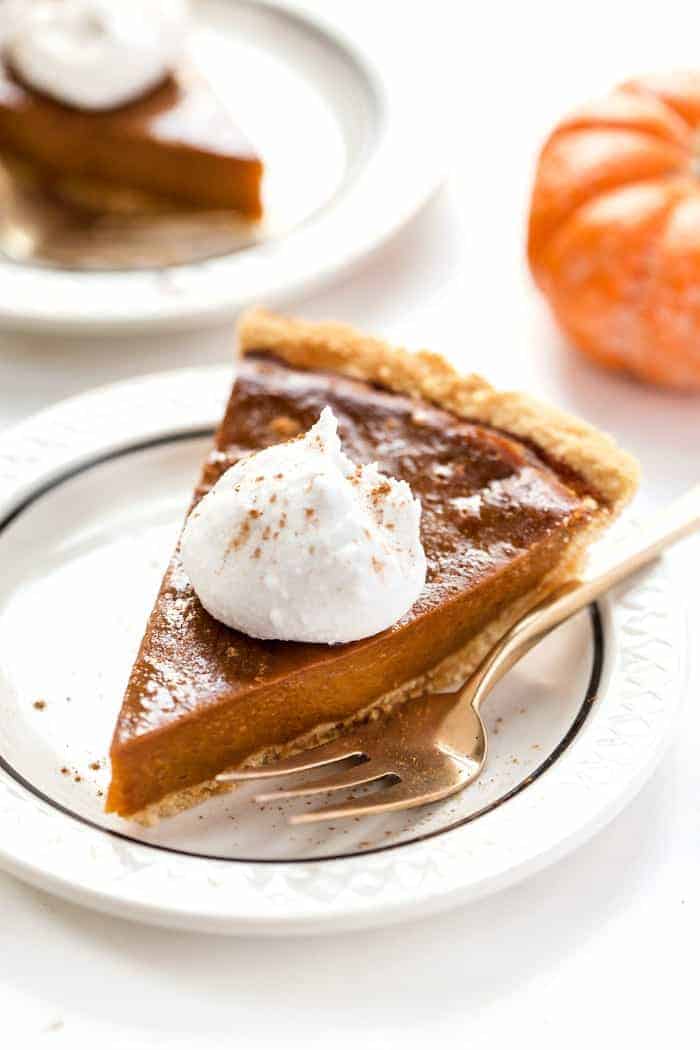 If I could eat one dessert for the rest of my life, it would be pumpkin pie.

I am fully aware of my pumpkin obsession (I make my pumpkin spice matcha latte at least once per day), so whenever Thanksgiving rolls around I go for it. Like literally make ALL the pumpkin things with no shame at all.

But one thing I've been missing, and a recipe that tons of you have been asking for, is a vegan pumpkin pie. 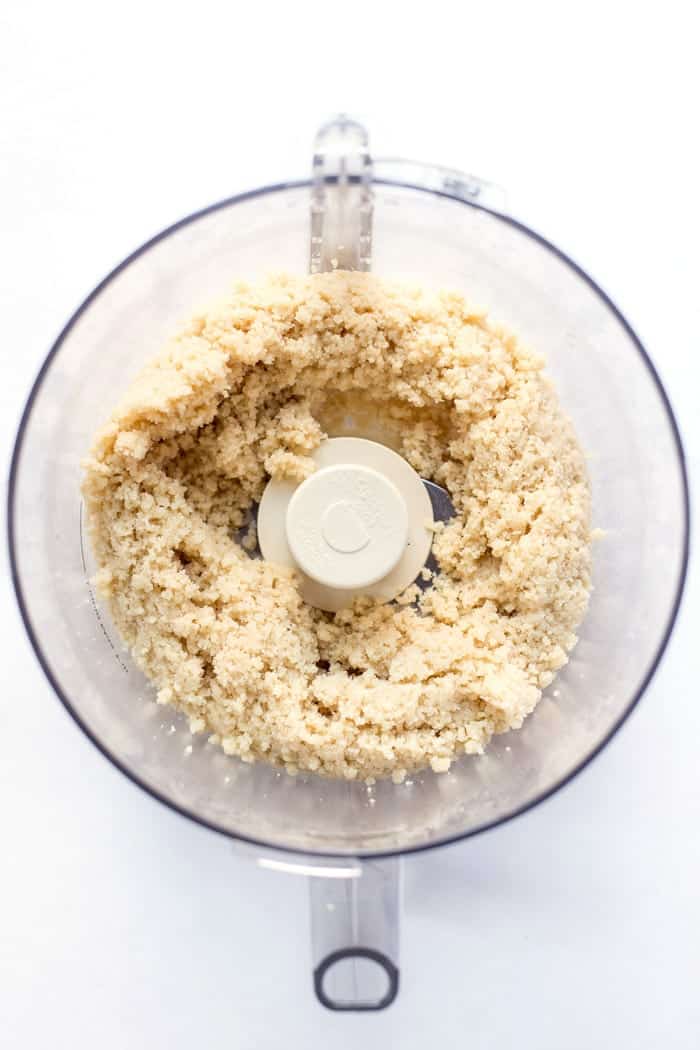 So today we're doing it. We're making a simple vegan pumpkin pie (yes, that means egg-less!) and we're putting it all inside an amazing grain-free almond flour pie crust.

Almond flour pie crusts aren't “traditional” per se, but I absolutely adore how simple this crust is to make. No rolling, no strange gums,  no grains and zero sugar.

It only uses 4 ingredients and it's surprisingly flakey! 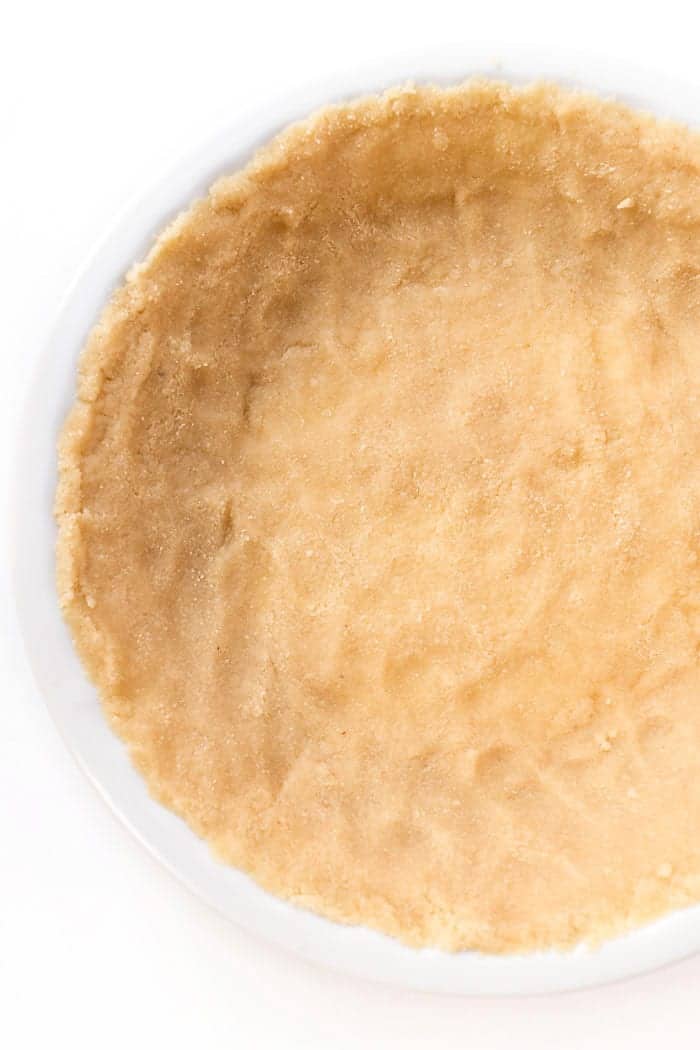 I actually based this recipe from one I found on Elena's Pantry but swapped in a vegan butter to give it a more buttery flavor and used a vegan egg.

For my almond flour crust, I went with the Bob's Red Mill egg replacer, but I also think a flax egg will work. (and if you can tolerate real eggs, you can totally do that as well) 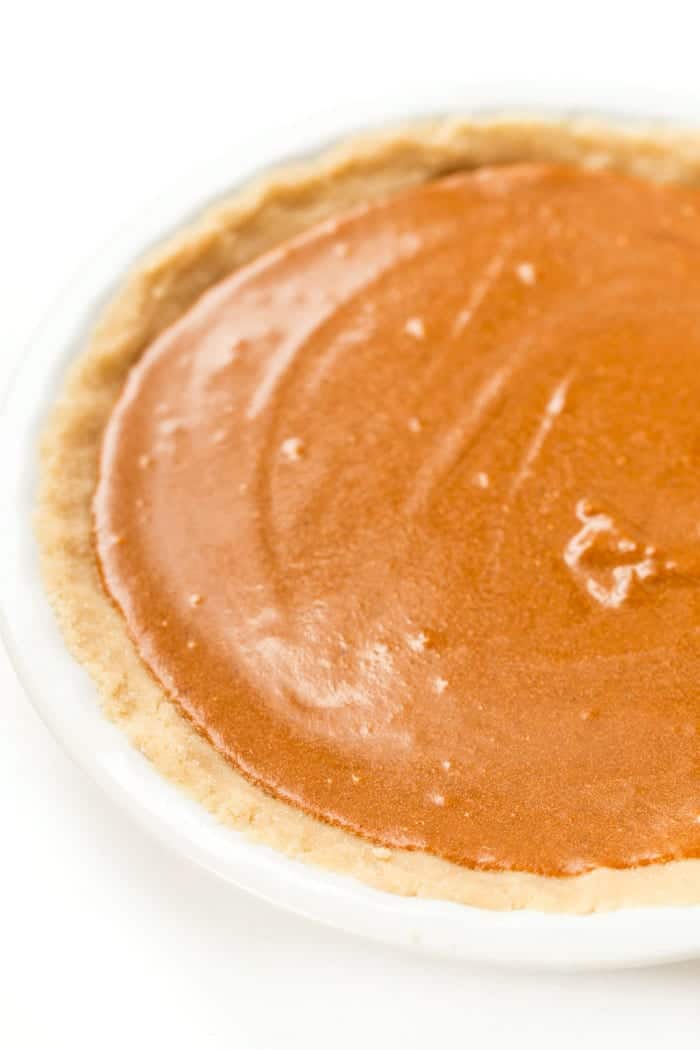 In terms of the filling, it's pretty straightforward. I based this recipe off one I saw from Minimalist Baker. I loved the simple ingredient list and I love the tweaks I made.

We've got pumpkin of course, then we're sweetening with a blend of raw organic sugar and maple syrup, adding in some arrowroot powder to help it thicken and then our pumpkin pie spice, some coconut oil, a splash of vanilla and some full-fat coconut milk to make it nice and rich and creamy.

And guess what? This entire recipe is made in the food processor! (<– if you don't have one yet, NOW is the time!) 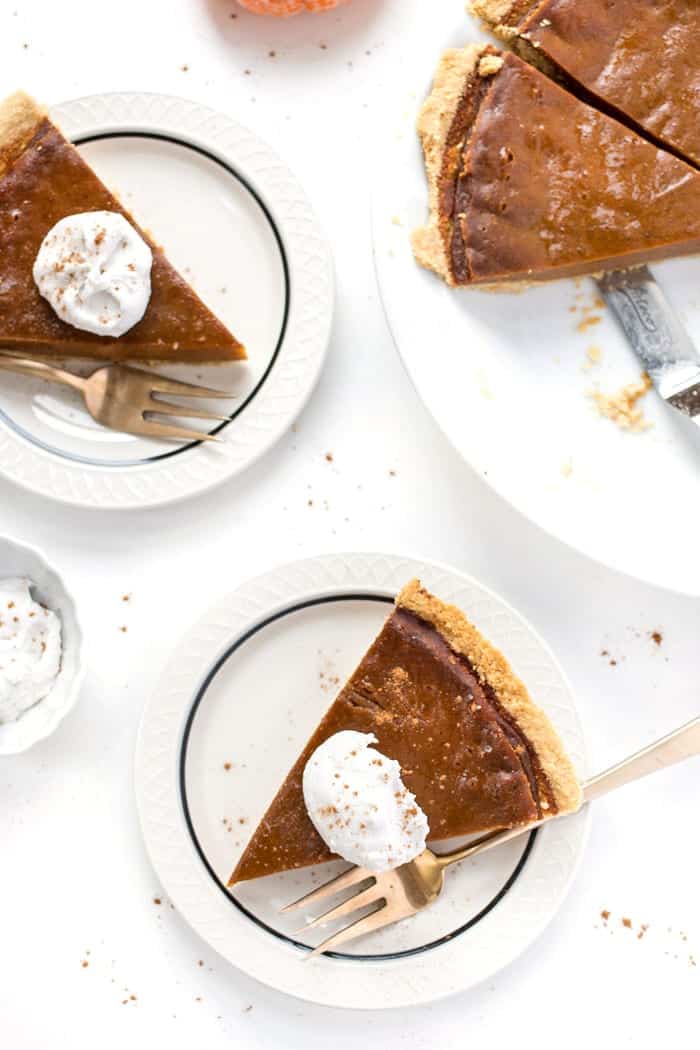 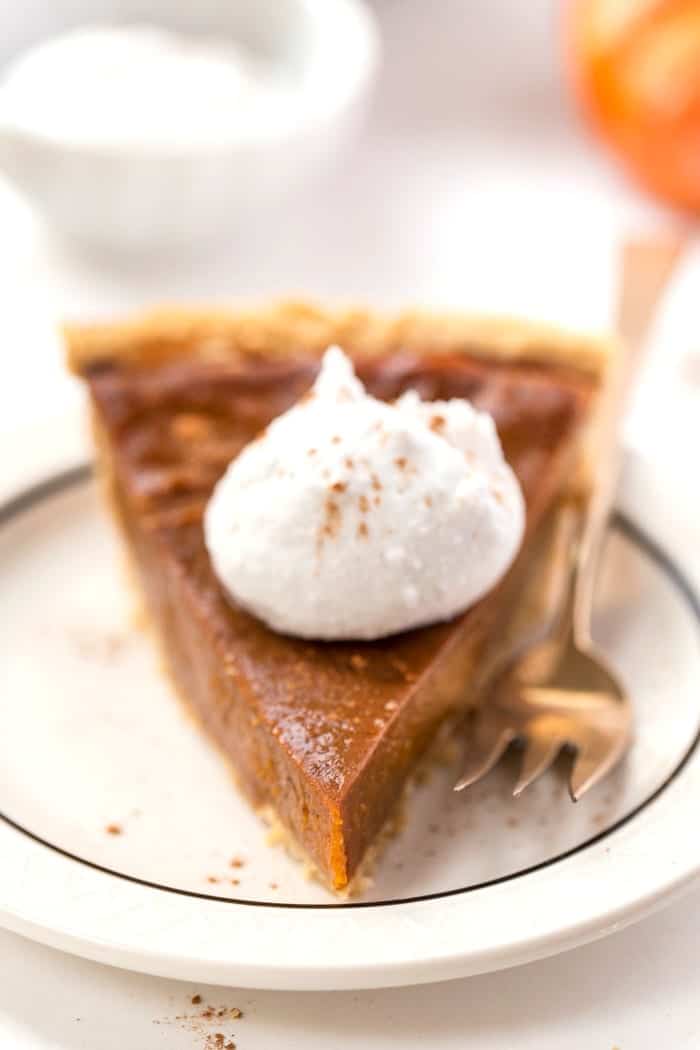 I love serving this vegan pumpkin pie with some coconut whip on top, but you could also do some vegan vanilla ice cream or just go as is. And it's absolutely delicious served chilled or slightly warmed in the microwave.

Breakfast leftovers anyone? That's definitely how we roll in this house! 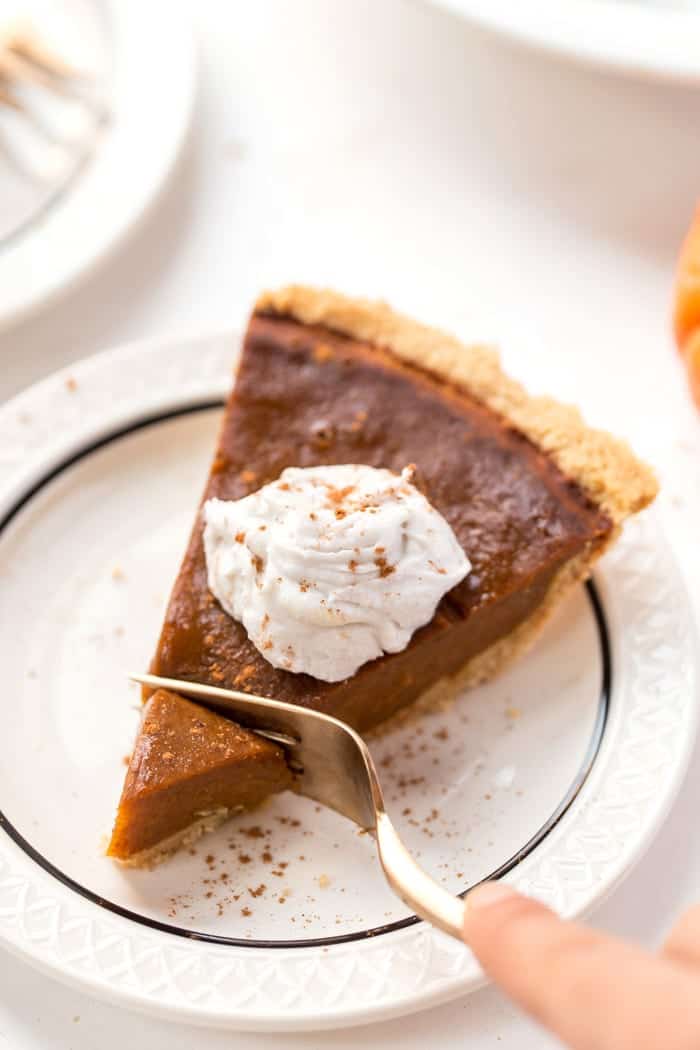 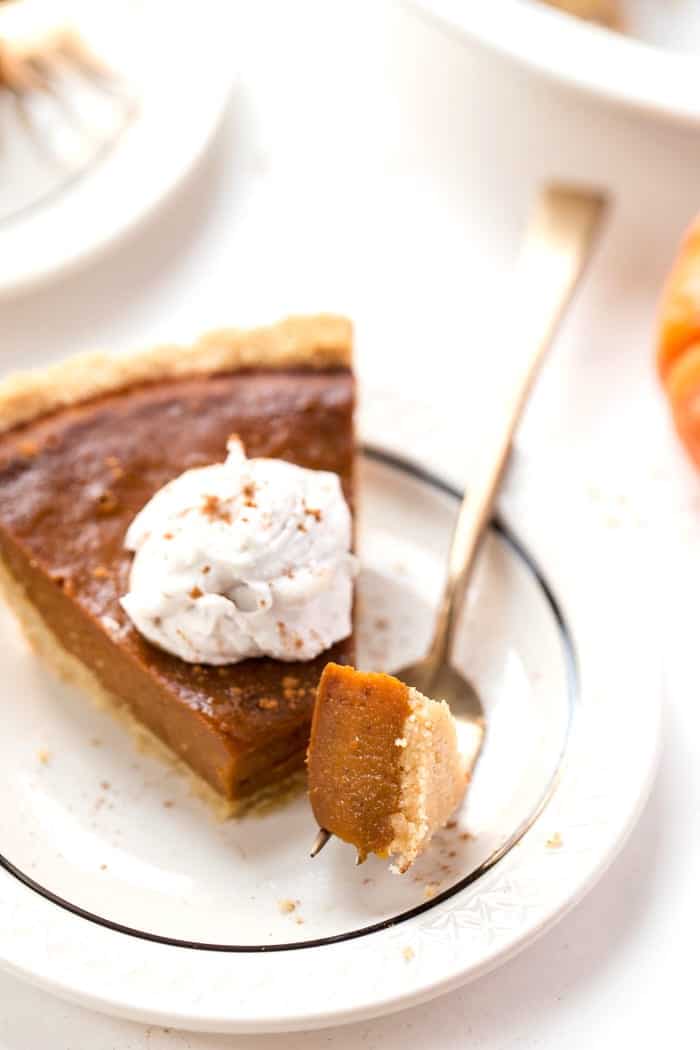 If you end up making this recipe, we'd love to see a pic! Tag @simplyquinoa or #simplyquinoa on Instagram so I can find your photo and give you some love in return!

Hope you ❤️ this recipe! 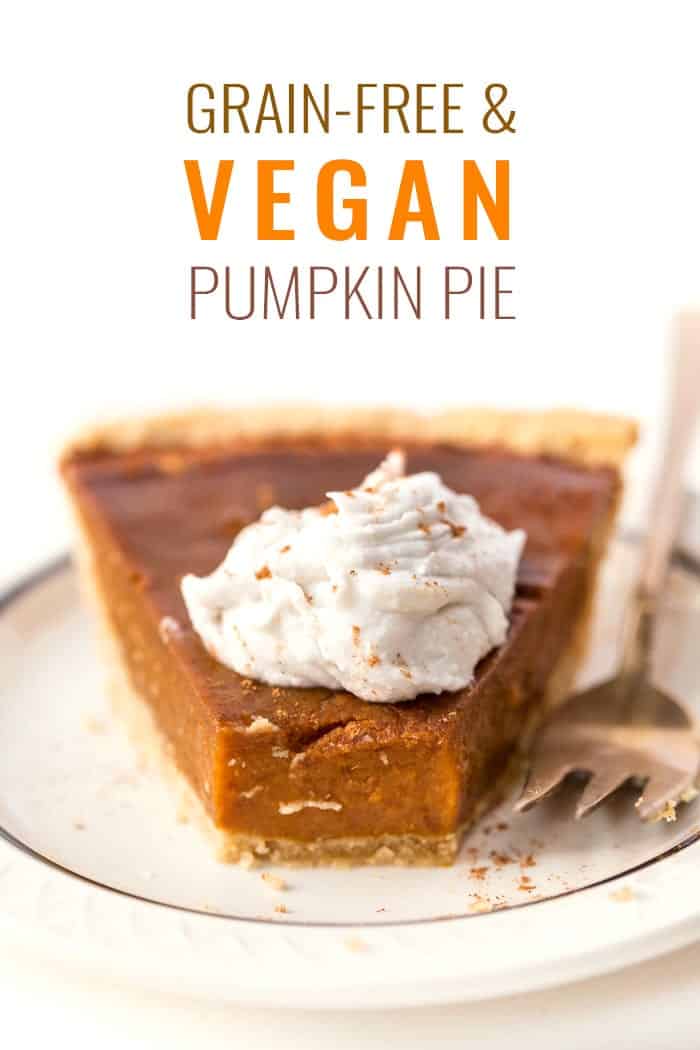 How to make the Vegan Pumpkin Pie 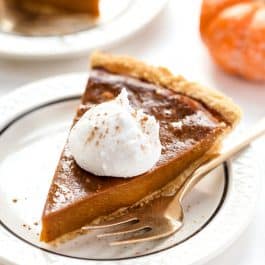 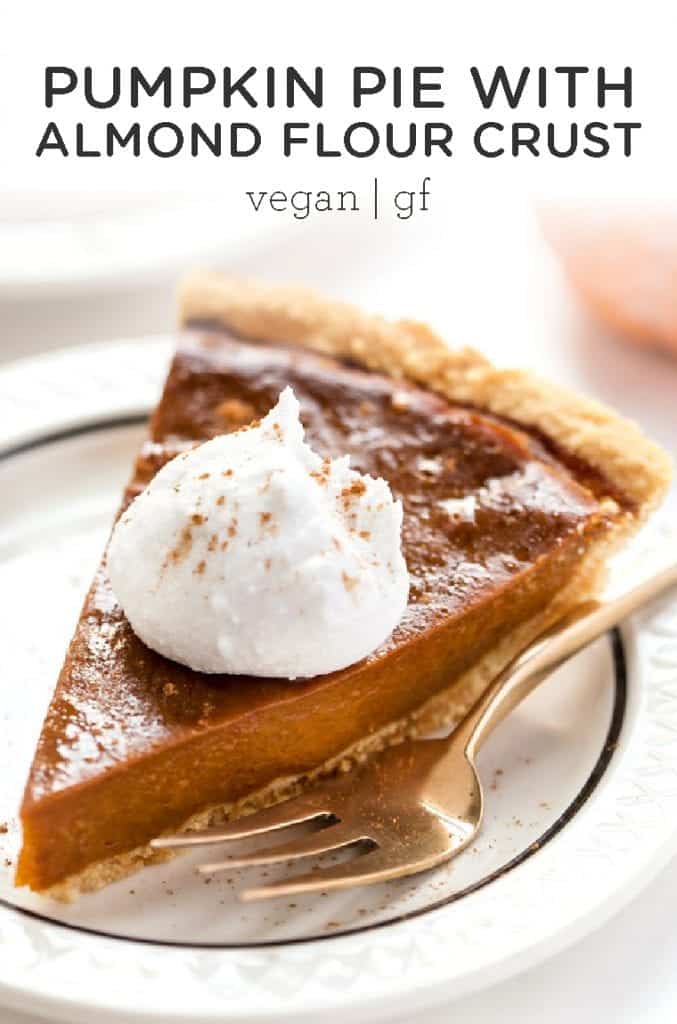 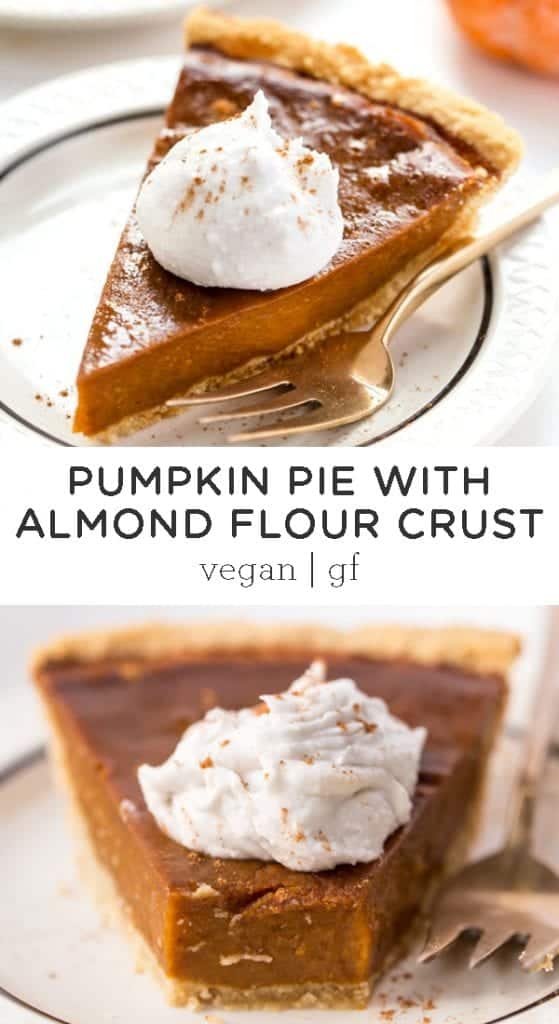