These vegan espresso brownies are a unique twist on the traditional brownie, using way healthier ingredients. They're gooey, use just one bowl and taste amazing! 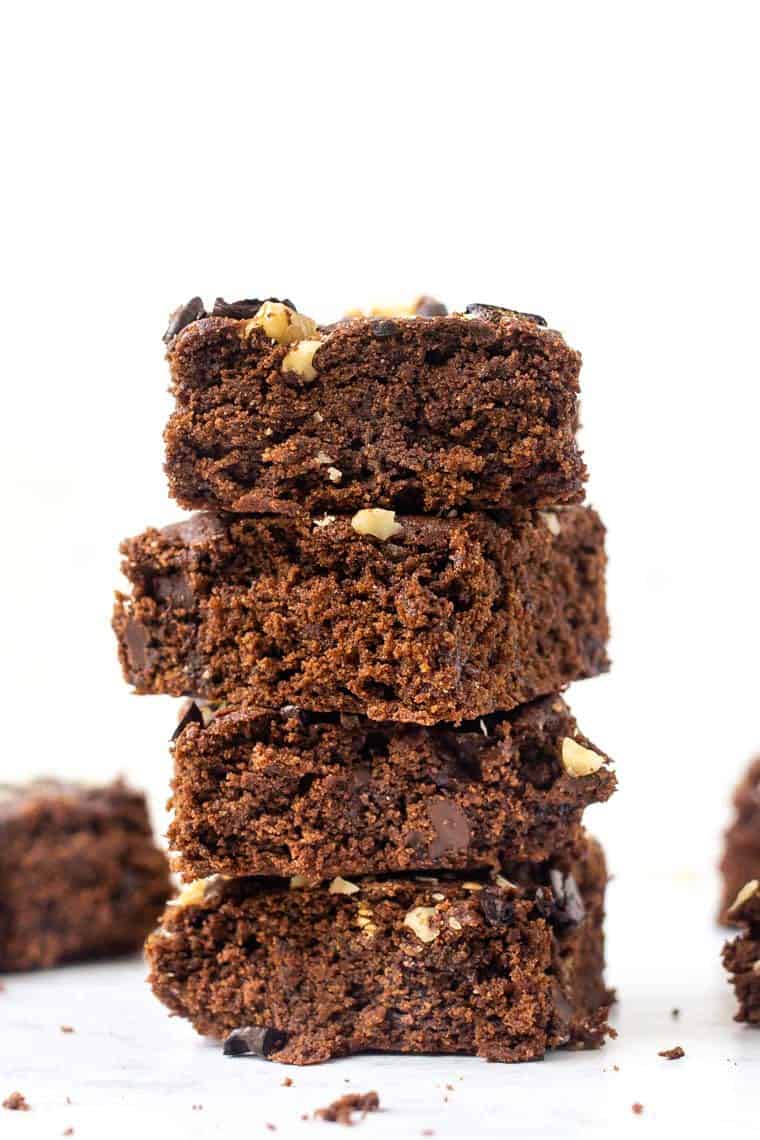 For the longest time, I've avoided coffee. Not for any particular reason, more just that about 6 years ago I did this cleanse and it cut out coffee and I just honestly got out of the habit.

And now with matcha, I just don't really need it in my day-to-day routine.

But coffee is one of those flavors that I simply adore. I love when Matt makes coffee in the morning and our whole house smells like it. I love what it tastes like. And I especially love coffee-flavored treats. Mocha overnight oats? I'm in. Coffee ice cream? Heck yea! But these vegan espresso brownies? Holy moly, out of this world delicious! 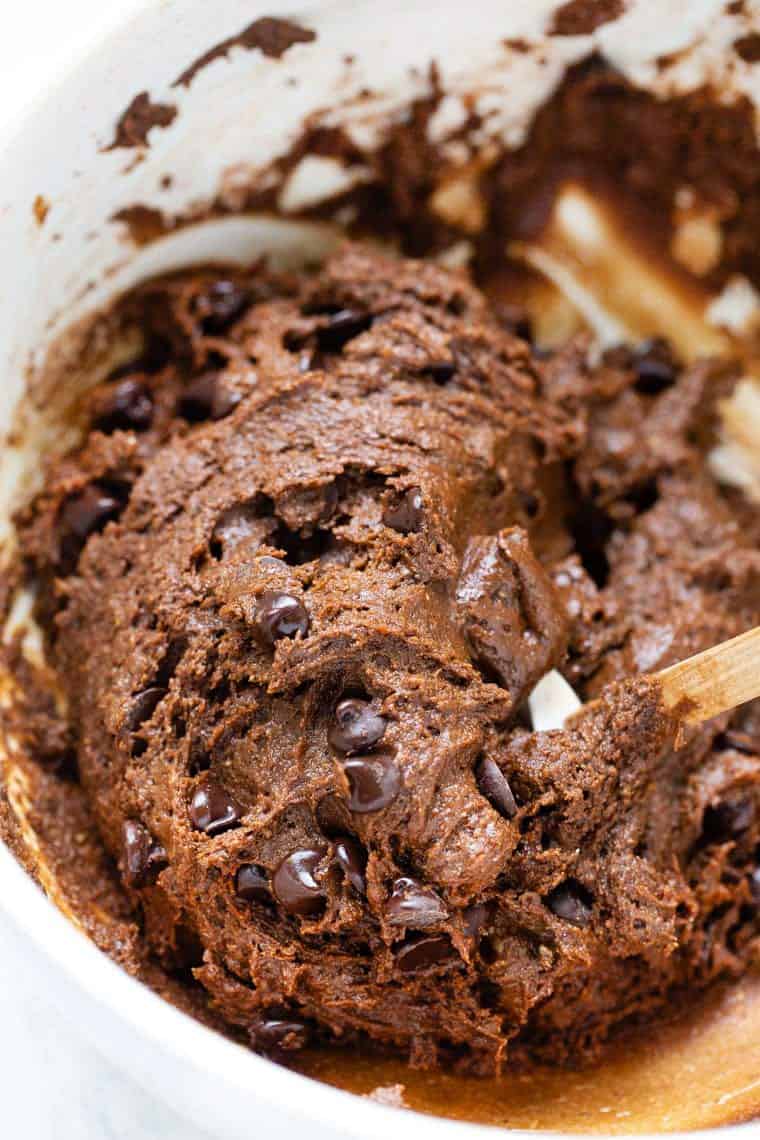 I've made a version of these brownies a few times before, but today we're changing things up just a bit. We're keeping them oil-free, vegan, gluten-free and yet still totally decadent and delicious.

Here are the ingredients we're using: 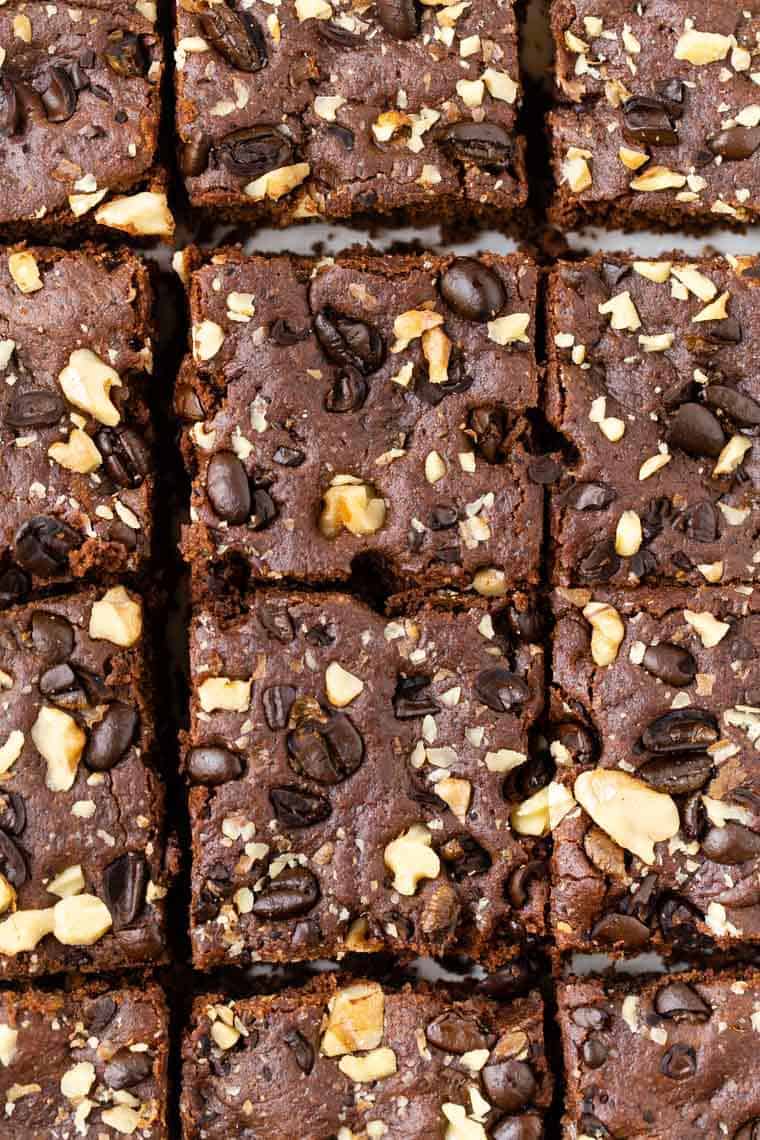 Of the things, I love about brownies is the fact that they're a one-bowl recipe! We start by beating the wet ingredients together so they get smooth and easily incorporated.

Once that's smooth you can add in your dry ingredients. Beat it up until you have a thick(ish) dough, fold in your chocolate chips and you're on your way.

A few things to note about these vegan espresso brownies: 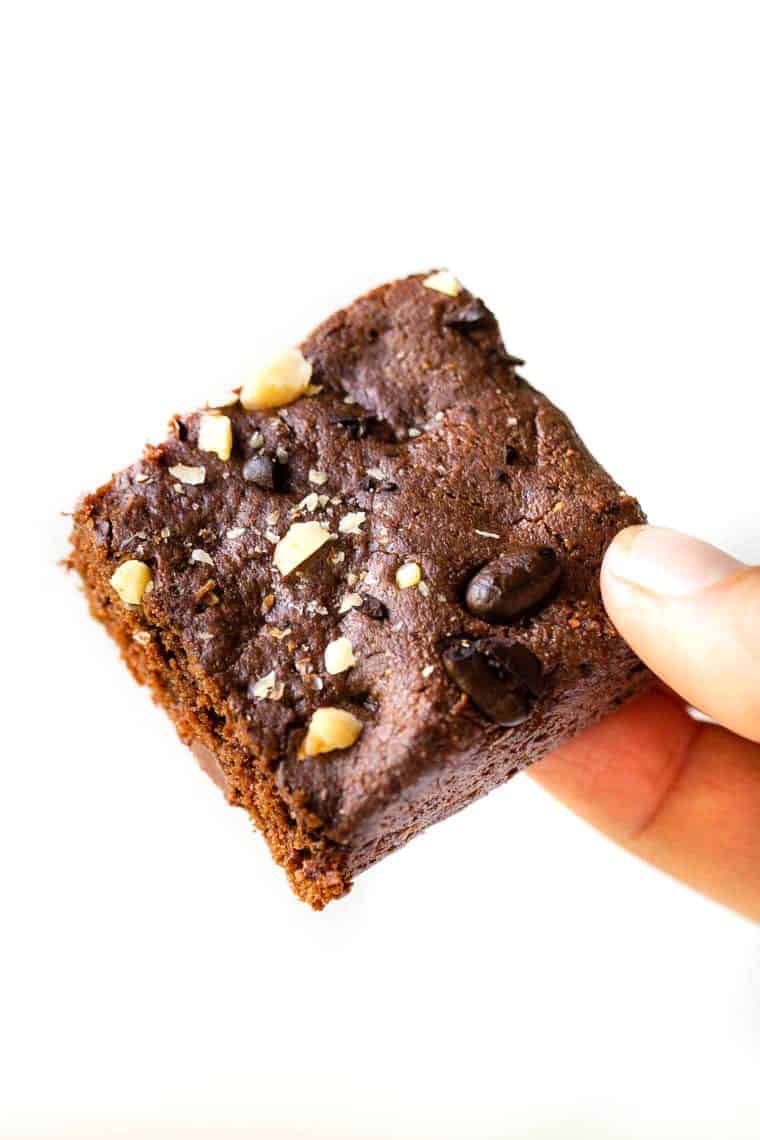 How to Make Healthy Brownies

While a brownie is still a brownie and not something we can necessarily consider a “health food”, they're definitely a few things you can do to make them healthier. Here are my tips for making healthy brownies: 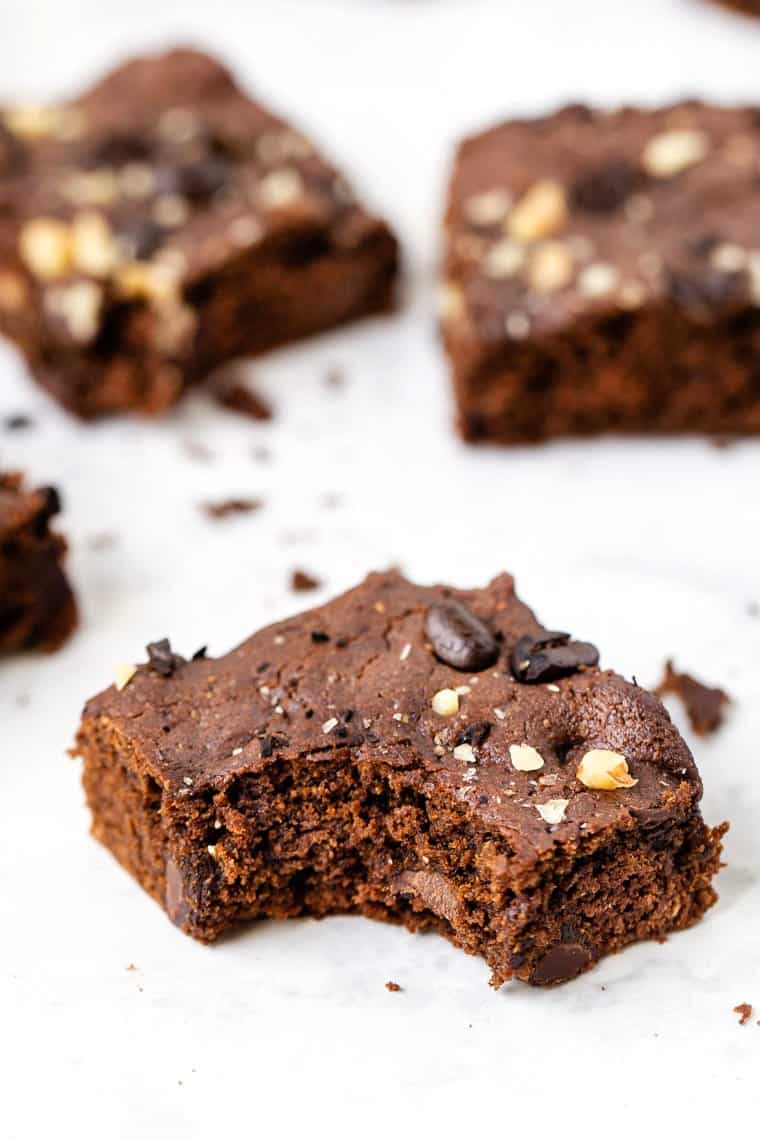 Now before we dive into the recipe, I always like to give you some ideas for tweaking them to fit your dietary needs or what you have on hand. Here are some swaps you can make for the brownies:

Of course, if you have any other ingredients you want to swap out, just ask in the comments!

Now it's time for me to let you go ahead and make them. As you'll find, these brownies are the ultimate texture, have just the right amount of sweetness, they're a cinch and they can even be frozen for later.

Not to mention they make one heck of an epic brownie sundae when you top them with a scoop of vegan coffee ice cream!! ❤️ 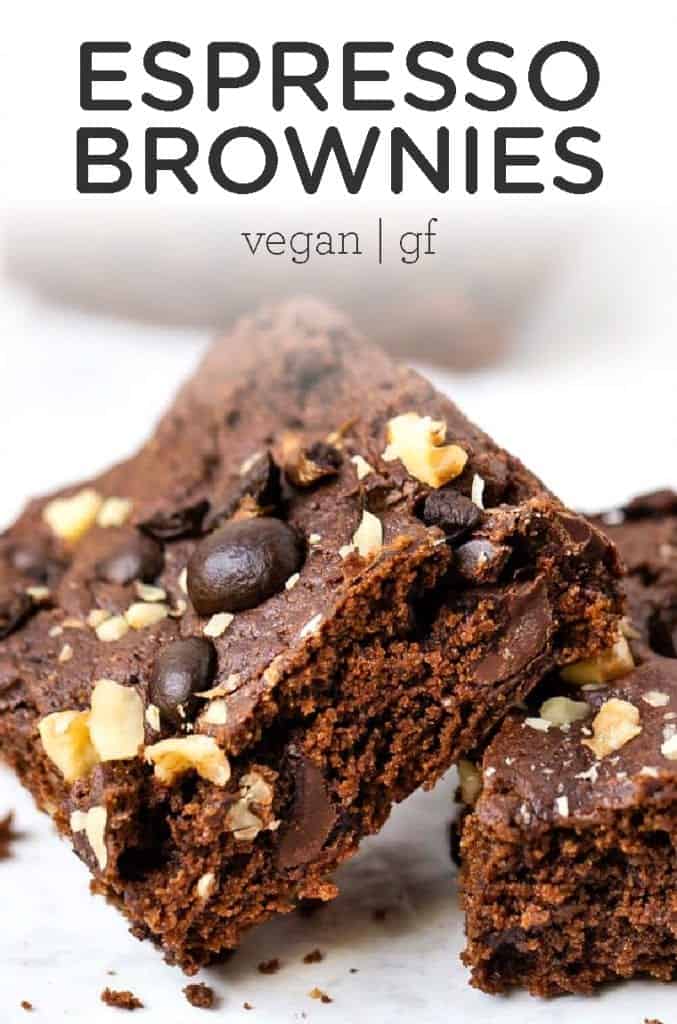 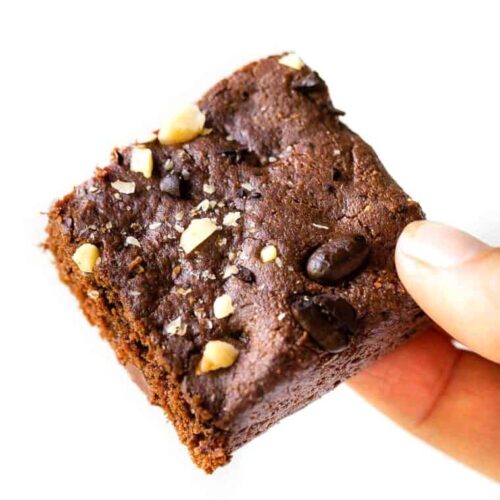