This mushroom quinoa soup is creamy, naturally vegan soup made with coconut milk as the base. It's loaded with flavor, packed with healthy ingredients and makes for a perfect weeknight meal. 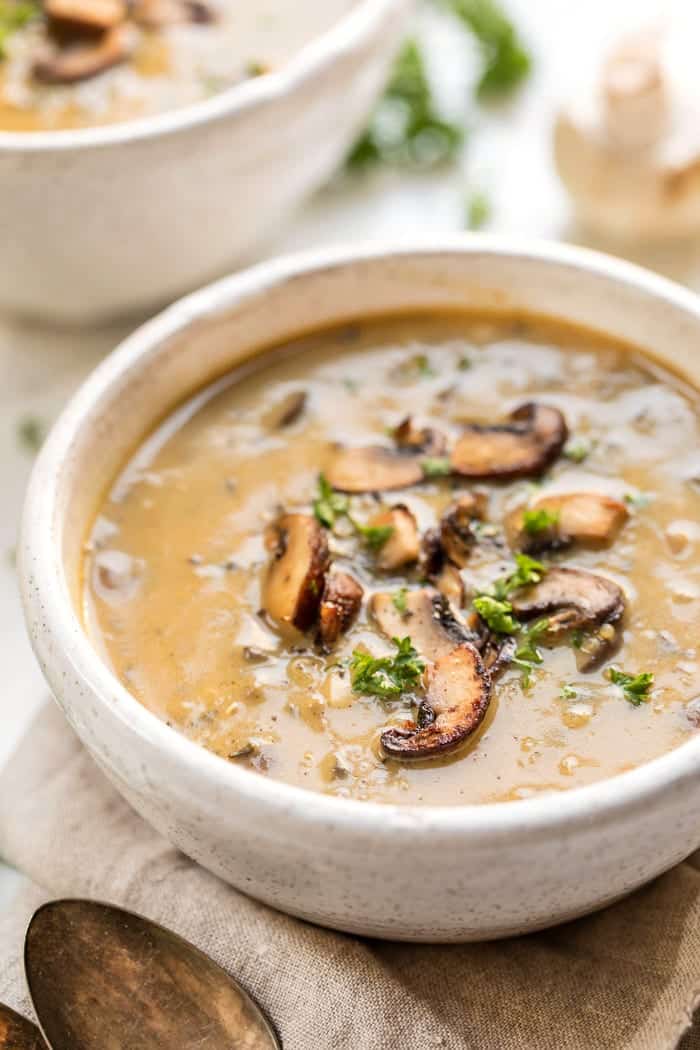 When it comes to cozy recipes, I'm all for a creamy coconut soup. But coconut and mushroom? For the longest time, I thought that was a crazy weird flavor combination. I grew up with mushrooms in Italian style dishes with tomatoes, beans, pastas, stews, etc., that adding them to something Asian-inspired just seemed wrong.

But then in college, I fell in love with Thai food – especially Tom Kha Gai. This is a traditional Thai coconut soup that uses coconut milk as the base along with chicken, galangal, kaffir lime and mushrooms. It's heavenly and I've been a fan of the coconut mushroom combo ever since.

So today I'm going to share my almost-spin on this soup in this deliciously creamy Coconut & Mushroom Quinoa Soup (really it's just the coconut + mushroom we're stealing). It's a snap to whip up, has the most amazing texture and the flavor is on point! 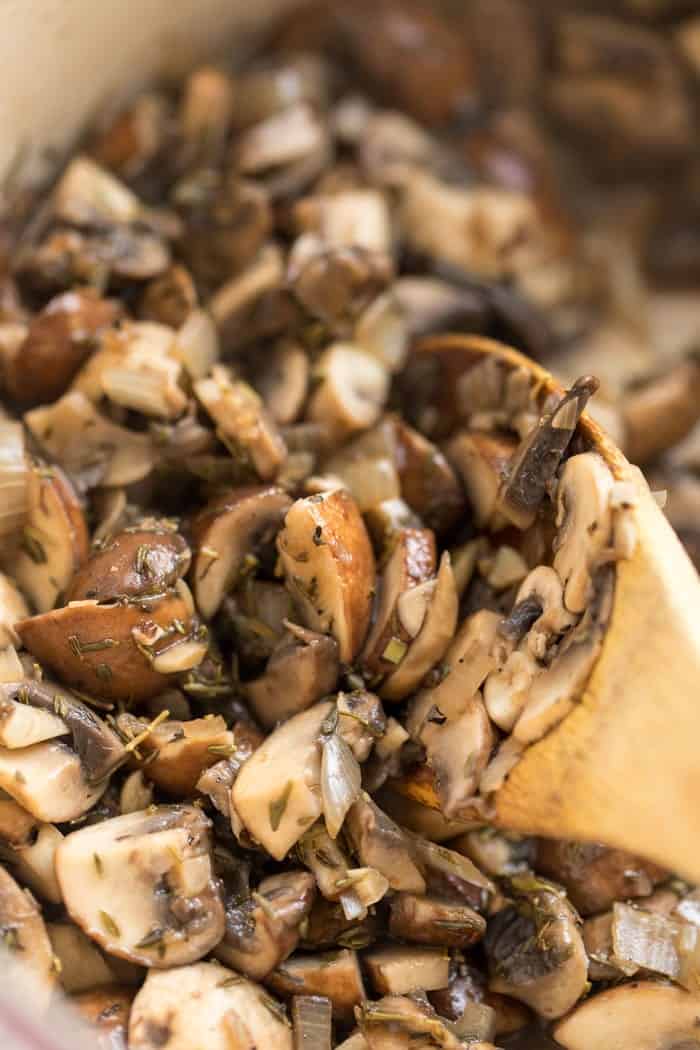 I know not everyone out there is a mushroom fan, which is totally fine, but for me, they're one of those vegetables that I simply adore. Maybe it's because my Italian side of the family are mushroom farmers or maybe it's because I love how they add meatiness and richness to a dish, without being overpowering or heavy.

But more likely it's a combo of the two. 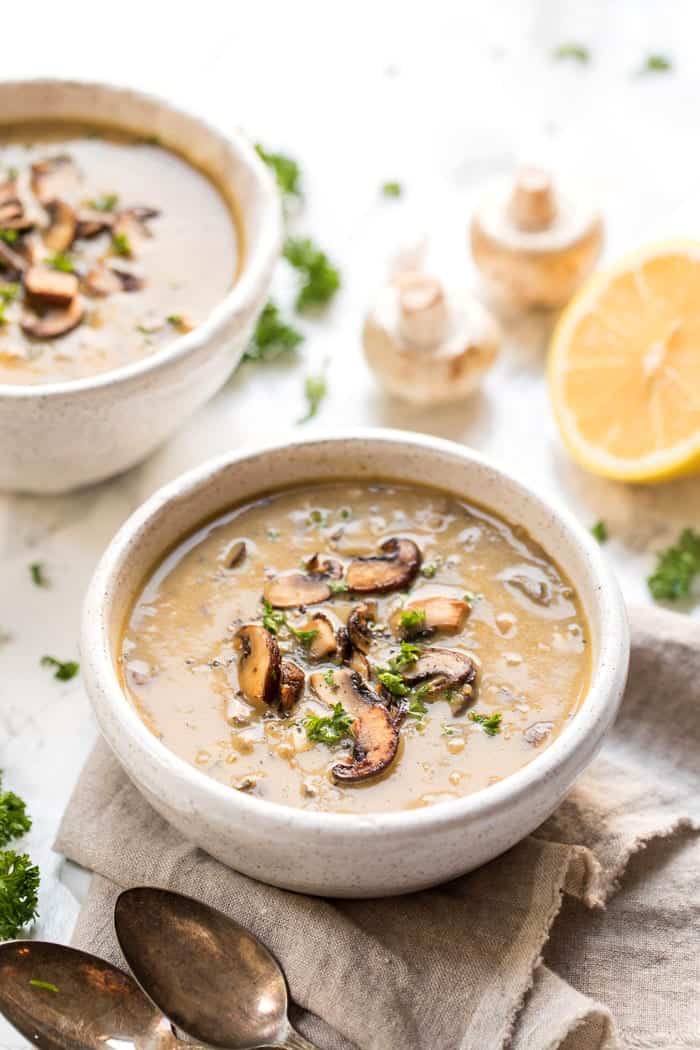 But maybe my favorite thing about mushrooms? They soak up flavor like nobody's business.

Which is why I think they pair perfectly with coconut milk.

Coconut milk has a very delicate flavor, but it's also quite pronounced at the same time. I can almost always tell when a dish has coconut milk in it. But coconut milk (similar to something like cinnamon) also adds a natural sweetness, so if you're trying to cut back on sugary foods, I think coconut is a great option. I personally use it all the time, especially for quinoa breakfast bowls and my morning smoothies. 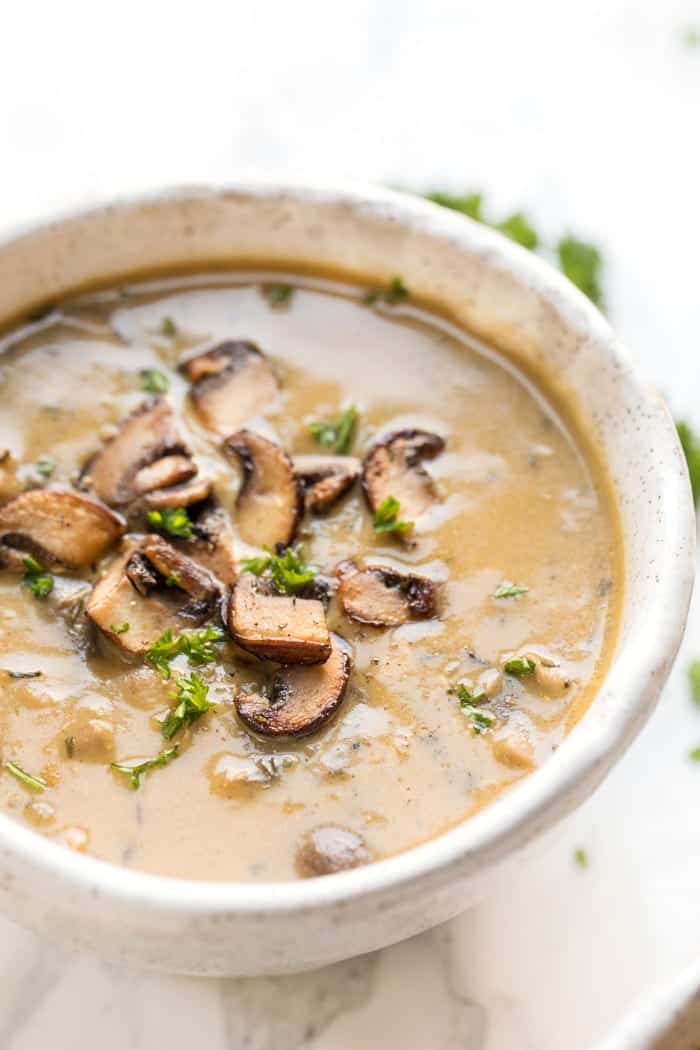 For someone who doesn't have dairy milk in their diet, coconut milk has been a savior. Especially the full-fat variety. I use it to replace heavy cream in my baking, to thicken soups (like this Creamy Coconut & Mushroom Quinoa Soup), to make ice cream and also to make whipped cream topping.

It's incredibly versatile, and while it is rather high in fat, it's packed full of healthy fats, so I don't worry too much about it. Just like I mentioned in this post about how to get more healthy fats into your diet, they're super important and many of us actually need more! 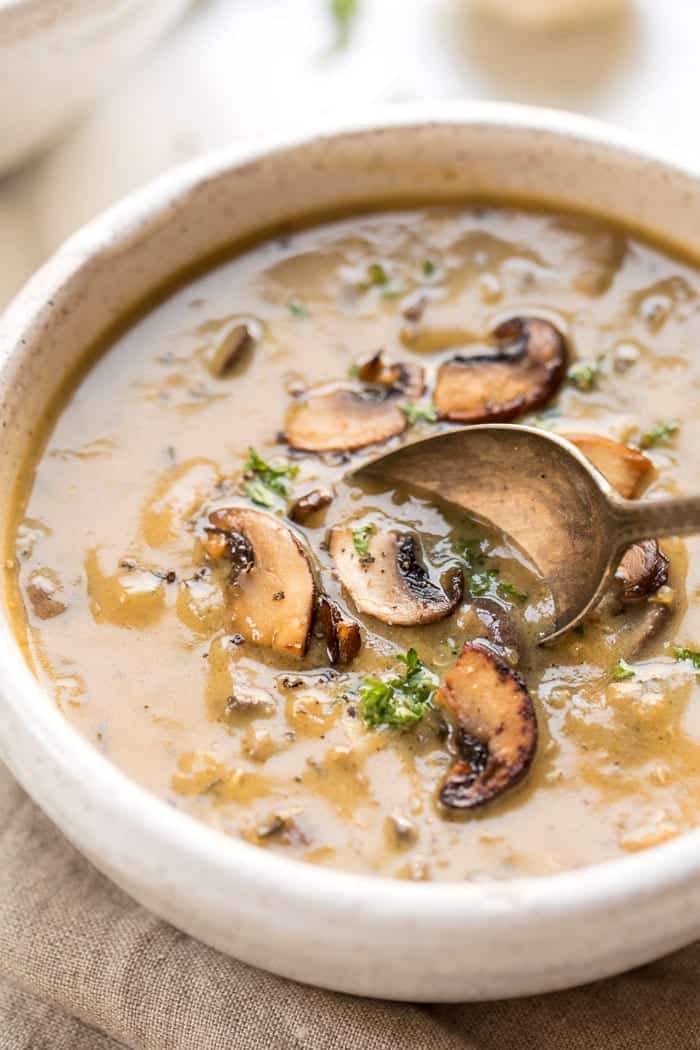 And finally, we get to the soup. Oh the soup.

I wasn't really planning to go in the coconut milk direction with this, but that's what I had in my pantry. You have to go with what you've got sometimes…and times like this it totally turns out for the better.

This soup is full of creamy, coconut-y, mushroom-y, quinoa-y goodness. The broth has the faintest sweetness from the coconut, the mushrooms have sopped up all that delicious flavor and the little quinoa pearls lend a unique texture to the soup that makes it hearty, but at the same time surprisingly light and refreshing. 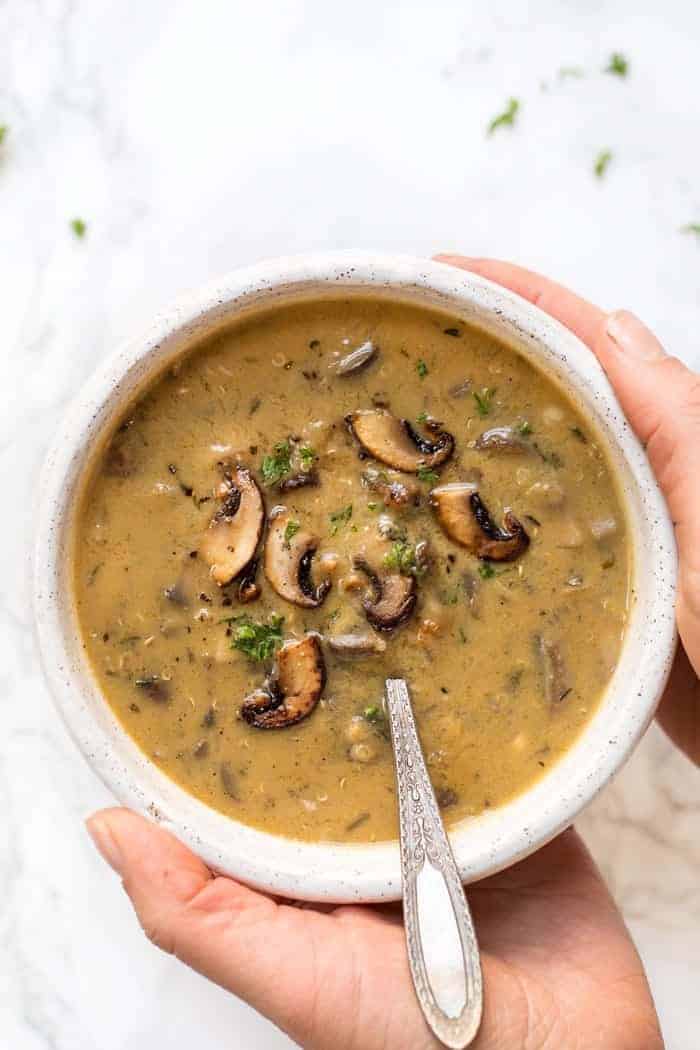 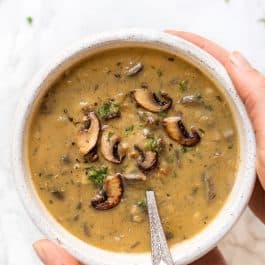